Edina High School principal, Andy Beaton, says 60 percent of discipline at the school this year has been related to vaping. 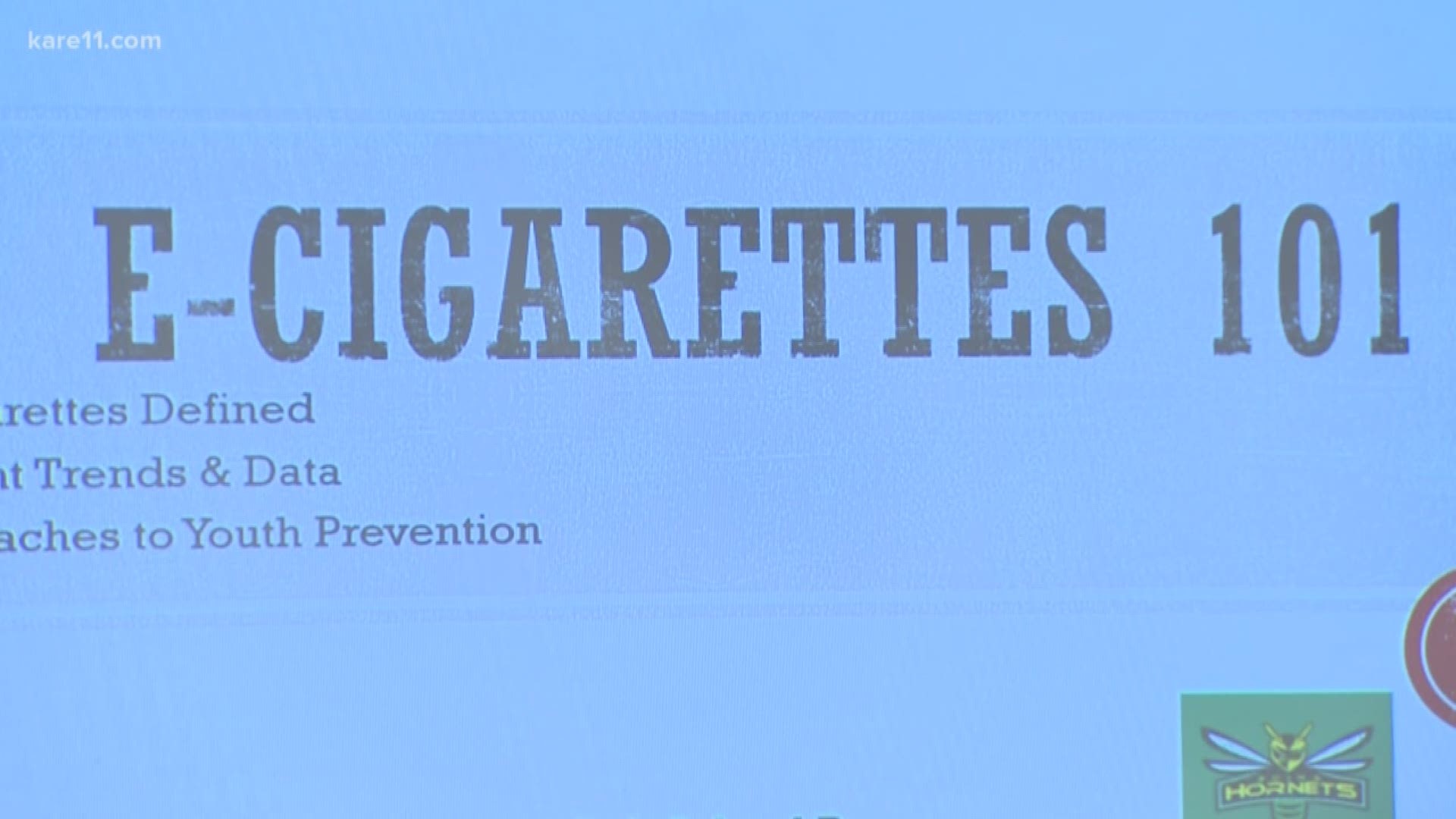 On Tuesday, the Minnesota House of Representatives and Senate came one step closer to raising the age to buy tobacco to 21.

The effort comes as Minnesota struggle to combat teen e-cigarette use. Vaping is behind the first increase in youth tobacco use in 17 years. Nationally, the FDA calls e-cigarettes an epidemic among young people.

Edina High School principal, Andy Beaton, says 60 percent of discipline at the school this year has been related to vaping.

"The last couple years, we've seen their use skyrocket, in the general population and at our schools," said Edina High School resource officer, Joe Delgehausen.

Delgehausen helped show parents how to spot e-cigarette devices and spoke to them about the effect they can have on developing brains, due to elevated nicotine levels. Some of the most popular devices pack as much nicotine as an entire pack of cigarettes.

"Clearly that high level of nicotine creates a strong addiction opportunity for students and I have spoken to students that say they'd like to quit, they just don't know how," Beaton said.

Vaping isn't just a topic of discussion in Edina. On Wednesday, a coalition of groups will hold a rally at the state capitol in support of raising the minimum age to 21.

Surprisingly, Juul, the leading e-cig manufacturer, placed an ad in the Star Tribune, also pushing to raise the minimum age to 21. Despite the eye-catching message, George John, a marketing professor at the University of Minnesota's Carlson School of Business, says he believes the ad is more about damage control than anything else.

ClearWay Minnesota, one of the groups behind the rally, is also skeptical of Juul's intention.

"Unfortunately, for the thousands of young people already addicted to JUUL, this effort is too little, too late," said ClearWay spokesperson, Laura Smith.