The push for equal parenting in Minnesota 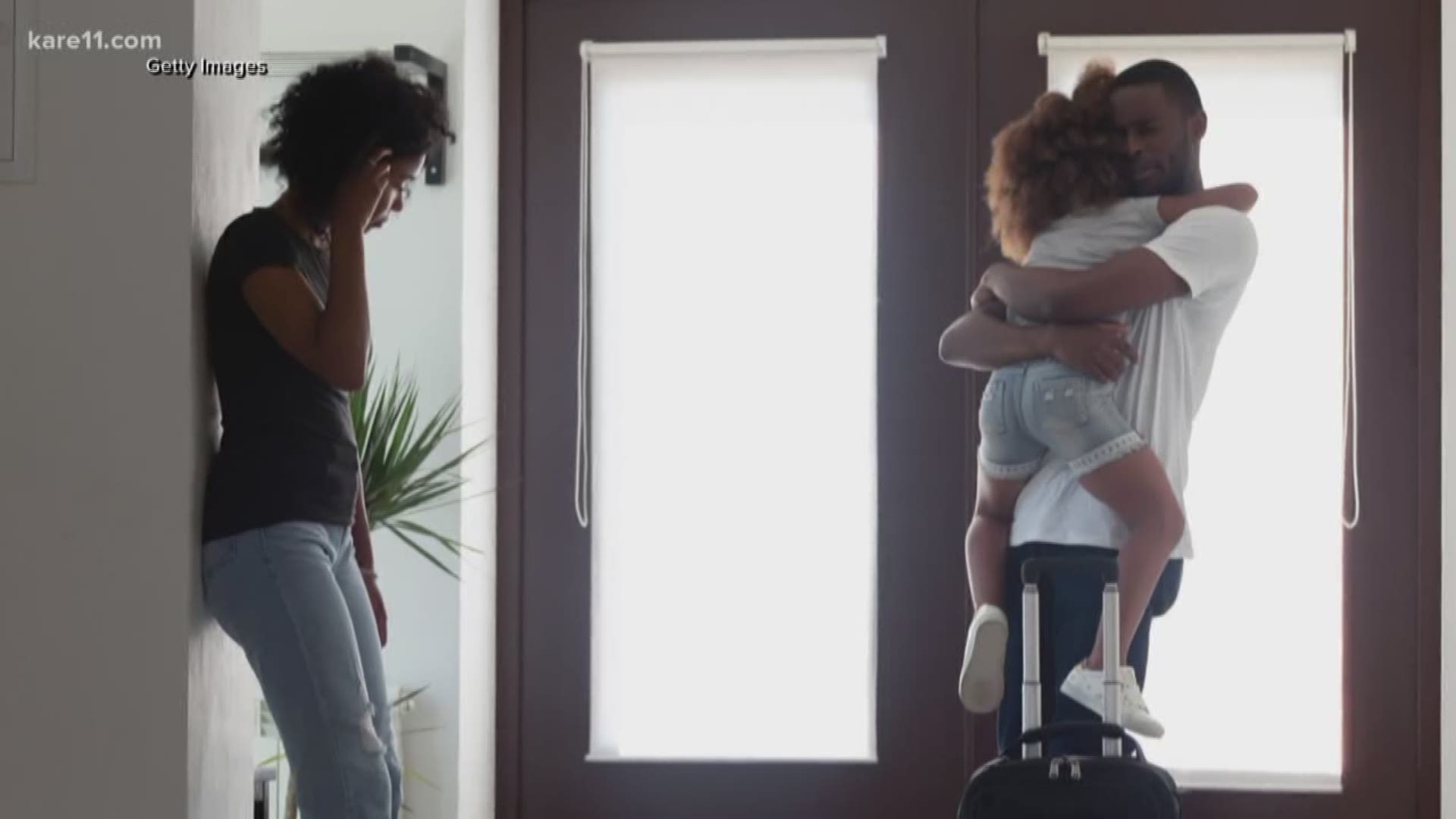 GOLDEN VALLEY, Minn, -- Scott Vogel was engaged to the mother of their two children, but before the wedding the couple split apart.

Unable to agree on a schedule for the kids, Vogel took their case to court where he has spent three years and more than $150,000 hoping a judge will award him equal parenting time.

So far, it hasn't been the case.

In a court ordered custody and parenting time evaluation, the evaluator found no issues with physical, mental or chemical health from either parent and found both parties “willing and highly capable of providing care for the children.”

Yet, the evaluator recommended giving Vogel his son 34% of the time and his daughter 25% of the time without explaining the reason for the schedule. The recommendation is sent to a judge for a final decision. 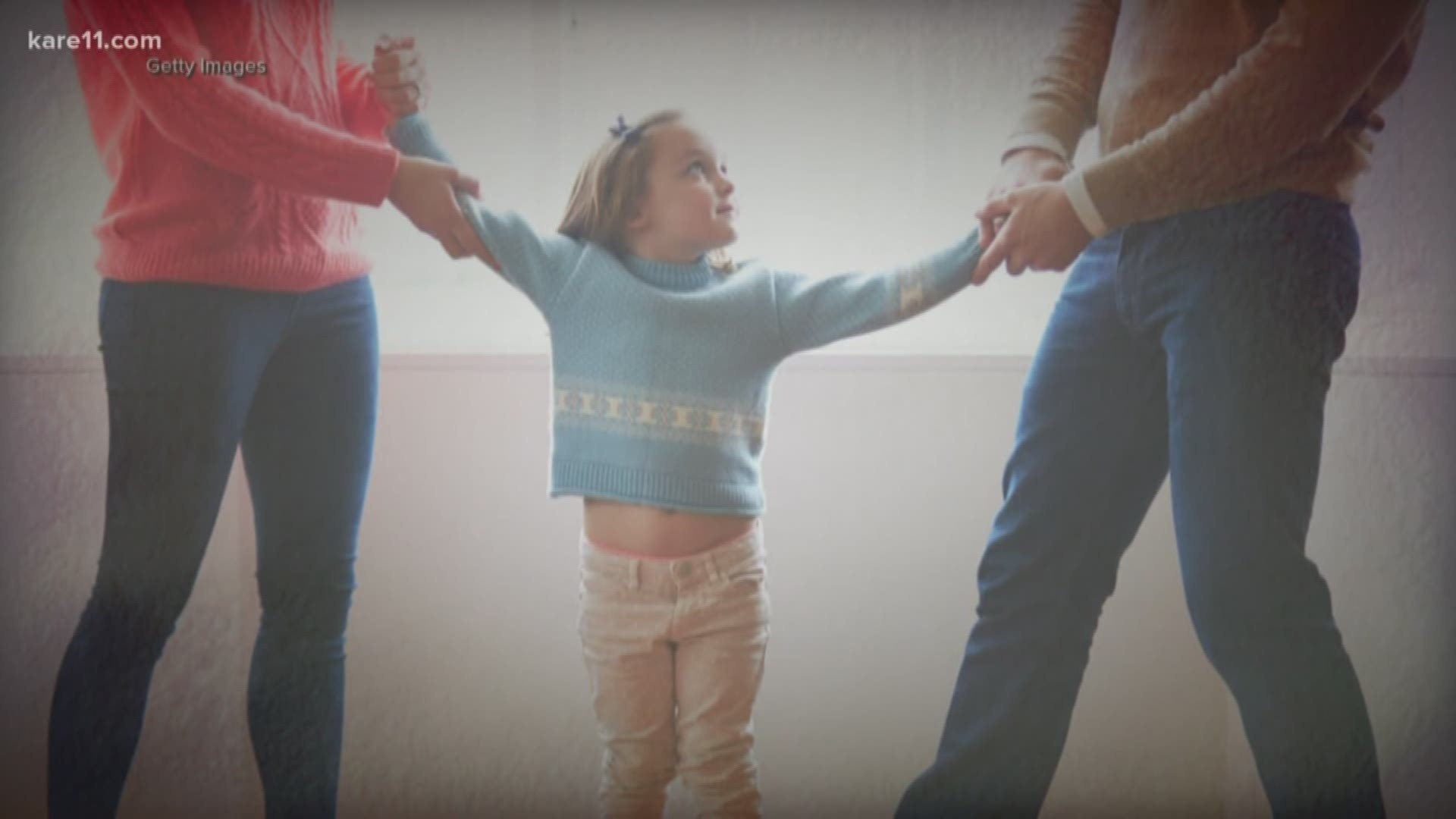 State Representative Peggy Scott, R-Andover, is leading an effort to change the law.

She and a long list of supporters feel it’s time for the law to catch up with culture.

“It's a winner and a loser,” said Scott. “It's a contest to see who can be a better parent in the eyes of the court. And that's not fair to the kid.”

Scott's bill would make a new presumption, right off the bat, that each parent receive 50 percent parenting time. A judge could then alter that if there's proof one parent would endanger the child physically, emotionally or mentally. The judge can also change parenting time if there are logistical or geographical issues. Parents would still have the ability to agree on a schedule that works best for the child and them without the aid of a judge.

Bills just like this have been introduced in more than 24 states across the country, Kentucky being the only one so far to pass an equal parenting presumption into law.

But it is a measure the Minnesota Bar Association does not support.

“I think what this bill does is try to cram that equal requirement into a place where it may or may not be appropriate,” said Samantha Gemberling, a family law attorney and Legislative Co-chair in the Academy of Matrimonial Lawyers Minnesota chapter. “If it is appropriate, the law allows for it already.”

Gemberling believes a 50-50 starting point is not in the best interest of every child. but Vogel and Scott say the bar association is against this for another reason.

When asked if it’s true that family law attorneys would lose billable hours should this law pass, Gemberling said, “It is actually the opposite from the perspective of the family law bar.”

She said 95 percent of her clients’ cases are already settled out of court. She says the need for family attorneys will still be there, and she feels a 50-50 presumption might send even more families to court.

Much of the national movement for equal parenting laws is based on oodles of new social science research that states equal parenting time, whether in marriage or out, is emotionally the most beneficial to children.

Despite these studies, Mindy Mitnick, a psychologist and custody evaluator with decades of experience, agrees with the bar association, saying a presumption of equal time is not the best route for every child.

“Are we talking about a child who is nine months old who is nursing multiple times in the middle of the night?” said Mitnick. “What would happen to that if the child is 50 percent of care with the other parent? What if we have a two-year-old who hasn't settled into the routine of sleep and toileting? It doesn't make sense from that perspective that every child would be appropriate for an equal time share just as within every family that has more than one child, that those children have all the same needs.”

Vogel will know the judge's final decision soon. He's hoping his story will help pave a new path for fathers and the law.

“I was there for day one for both children, bonded with them from an early age, but have been severely restricted from being involved in their lives,” said Vogel.

Scott’s bill made it to the House floor for a vote to attach it to the House Omnibus public safety finance bill. It initially had enough votes to pass, 71-64, but as the roll stayed open for several minutes, four representatives flipped their votes, ultimately failing to pass by a tie of 64-64.