The secret life of teens: Anxious, overscheduled and getting sick

"The primary thing I'm seeing is a struggle with anxiety ... and that is a result of being overscheduled, overburdened and just striving, striving striving." 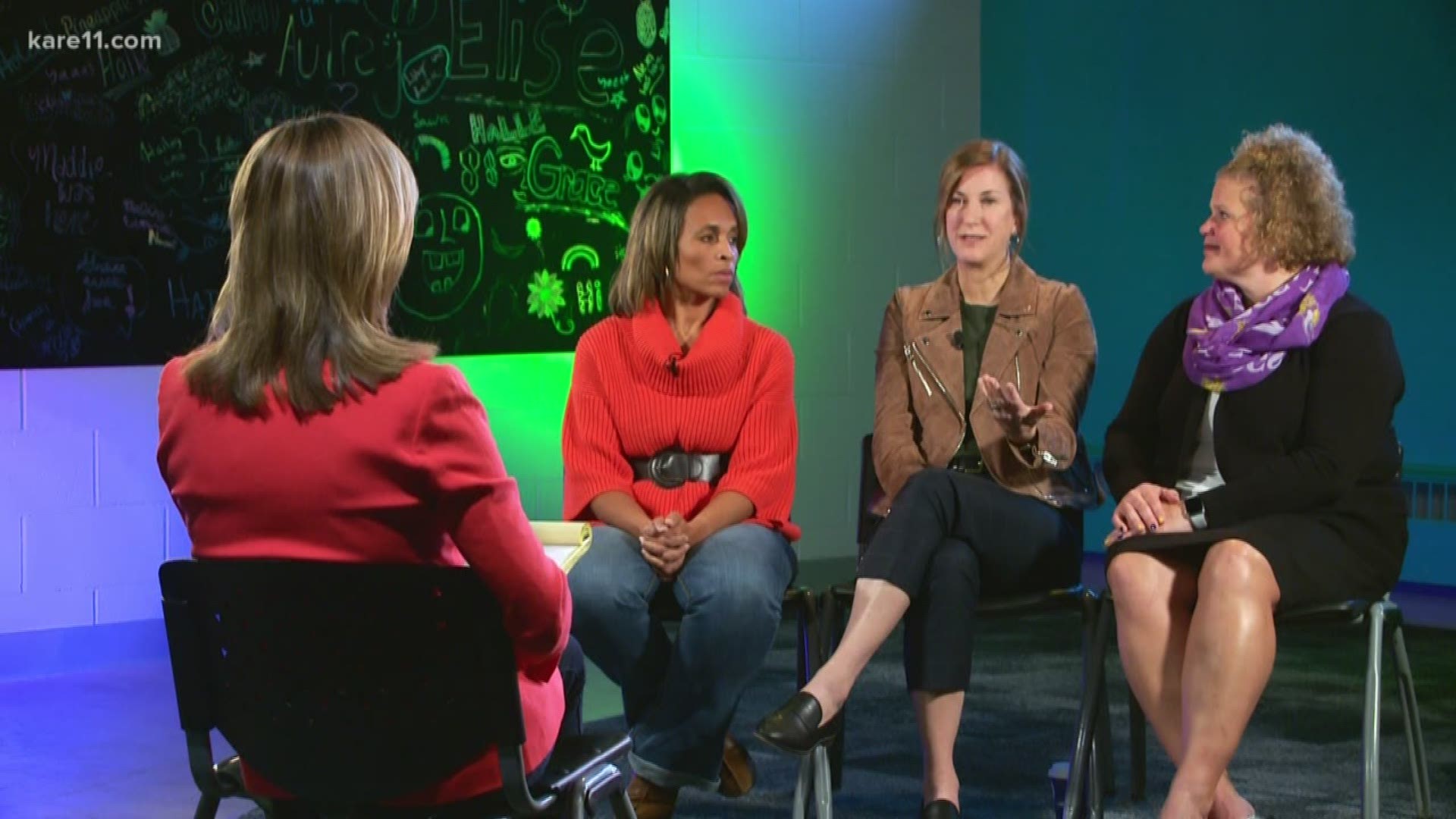 If you have a teenager in your life, you likely know this is true, anxiety in young people is on the rise. A recent study, published in the Journal of Developmental and Behavioral Pediatrics found a 20 percent increase in anxiety diagnoses in kids ages 6 to 17 between the years 2007 and 2012, and the research suggests those numbers are rising.

So what is happening? Why are our teens feeling overwhelmed to the point it is making them sick?

We talked with three women who have worked with teenagers for decades to get their expert opinion. Heather Flies is the junior high pastor at Wooddale Church. Teens have been confiding in her for 26 years.

Jody Schreiber is a licensed therapist in Eden Prairie who's counseled teens and families for 20 years.

Michelle Livingston has been a staff member at Treehouse, a nonprofit that serves at-risk teens, for nine years.

Most of this striving is toward one goal: getting into a "good" college.

To stand out on a college application teens believe they have to be exceptional both inside and outside the classroom. "They care too much about their ACT scores, their ranking in their classes, which classes they're taking," said Fleis.

The pressure to be at the top of their class is high and the expectation to be the best extends to their performance on the sports field as well. Now, it even permeates their free time. Once they joined clubs or volunteered for fun, now they do it to prove to potential colleges they are "well-rounded."

"We have kids who can letter in volunteering," Flies said. "It used to be kids would just volunteer because they wanted to and now many of them are doing it so they can have that on their resume."

To help teens stay healthy these experts say parents need to lower the bar on expectations. Schreiber says it's important to acknowledge how many good colleges and universities are out there and that there is a lot of opportunity to get a quality education outside of top tier schools.

All three experts emphasize how important it is, despite busy schedules, to check in with your teenager and make sure you are taking the time to truly connect.

And when your teen decides to open up, no matter what they tell you, make sure you put on your best poker face.

If you get visibly upset, Flies says, your teenager will shut down.

"You can freak out later," she says, "but in that moment you just got to continue the conversation."

Livingston adds that we need to be humble enough to simply listen and, at times, follow their lead.

And if their plate is too full and their stress level is getting too high, parents need to be brave enough to take something off their child's overfull plate.

If you don't pay attention to those signs and make the necessary changes, Schreiber points out, "You can be successful but if you end up struggling with a mental illness you're going to end up with nothing that you've worked for."