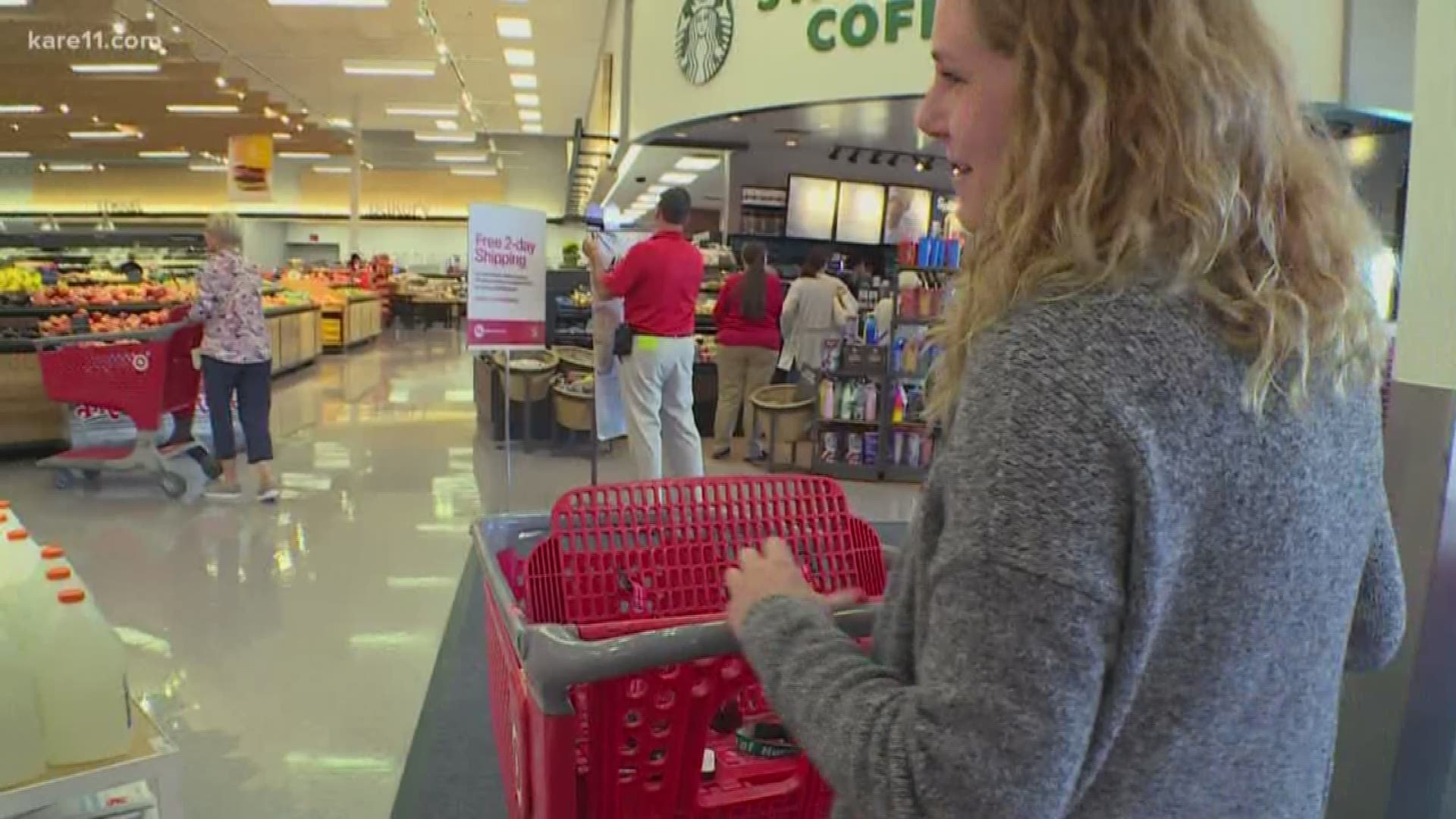 MINNEAPOLIS - Don't worry, Target shoppers. You're not alone. The so-called "Target Effect" (that thing where you go into Target for one thing and leave with a full cart of goodies) is apparently real.

Experts say there's some actual science behind why your brain just can't seem to say no to some of those items you don't really need.

Let's start with the layout.

The store is designed and organized in a way to make it as easy as possible for shoppers to find what they're looking for -- and be enticed by other items not on their lists. Displays are strategically placed in groups so shoppers will purchase several things, not just one.

Experts say the "Target effect" taps into consumers' desire for a deal, and "gives you the perception you're getting a bargain -- something is $9.99 versus $10," Gelbart said.

Walking past several items on your way to find another one is also a tactic, according to UofM's Carlson School of Management professor Joe Redden.

"We might be reminded of things we wouldn't want otherwise," Redden said. "For example the way Target might do that is having the product on the end cap."

Redden also says actually getting you to come into the store is a win for retailers.

"We're going to have a lot of chances there to buy things," Redden said. "and the chance that we're going to bat a thousand and not buy any of those things, is almost zero. So by definition, of the essence of going in that store, you're almost guaranteed to buy somewhat more than your list. It's rare you'd buy less than your list."

According to Business Insider, the signage and in-store customer service is also key -- more than 300 stores offer "beauty concierge services" and some even have baby registry advisers.

These in-store services are one of its biggest assets for conversion, Cowen analyst Oliver Chen wrote in a note to investors in March, adding that 'customized and thoughtful service is an important competitive advantage for Target versus Amazon," according to Business Insider.

In addition, Target's major seasonal offerings, which typically include a full section located in the back of the store (to force customers to walk through and browse the entire space to get there) is a huge draw for regular shoppers. A research analyst at PlanetRetail RNG states Target is the leader in seasonal sales, drawing customers in just for that selection alone.

In the same way TJ Maxx and Marshalls has found success, Target has tapped into "treasure-hunt" shopping, creating a constant FOMO effect for its customers.

A research director at PlanetRetail RNG told Business Insider, "stock is rotated in and out," which pushes shoppers to be more likely to buy things on the spot, for fear of missing their chance if they wait.

In addition, Target has launched eight new brands of its own in the last year or so, creating its own designs for women's apparel, men's apparel, affordable tech, athleisure wear and home decor.

And just when you thought you were in the clear, Target also makes a big final push right at the checkout. The Bullseye dollar spot section calls to shoppers as the "grab-and-go mecca at the front of Target stores," as the company puts it.

These areas have shifted to more seasonal and local offerings, as a last-ditch effort to get customers to throw a few more items in their cart.

The tactics are working -- Target's second quarter saw a 6.5 percent sales jump, which is the highest in 13 years.

However, Redden reminds us that the Target Effect isn't necessarily just exclusive to Target.

"Every store is doing this, Walmart is doing this-- should I put the bananas next to the milk?" Redden said. "The question is which stores will be able to do it best."