The Why: Decorating early makes you happy

What is it about Christmas decorations that triggers happy hormones? 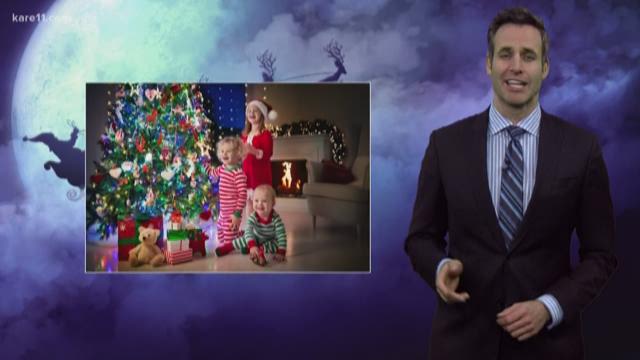 GOLDEN VALLEY, Minn. - If you're itching to break out the Christmas lights before you've even carved the Thanksgiving turkey, go ahead. Science says it might make you happier.

A British survey found people who decorate earlier are simply tapping into the excitement of the holidays before the rest of us.

And some psychologists say it's true; decorating can definitely lift your mood because it creates a neurological shift that can produce happiness and spikes that feel good hormone dopamine.

But what exactly is it about Christmas decorations that triggers those happy hormones?

For starters, bright lights and colors might be at play. Chromotherapy, or color therapy, is thought to increase energy levels and boost happiness.

Or maybe it's just the ambiance in general, who can resist smiling at the sight of a Christmas tree being lit for the first time?

Of course, there's also the nostalgia factor. Childhood memories of Christmas being a magical time filled with joy have many of us to wanting to re-create that feeling sooner rather than later.

Then there's this. Decorating early might actually make the neighbors think you are friendlier.

Yup, research has shown people interpret Christmas decorations on a home as a cue that the people inside are sociable.

So there you go. Now you have the perfect excuse to break out the decorations ASAP.