"It's heartbreaking for me, because of how much work I put into it, but also I knew the kids would really miss it as well," said garden farmer Ben DeVore. 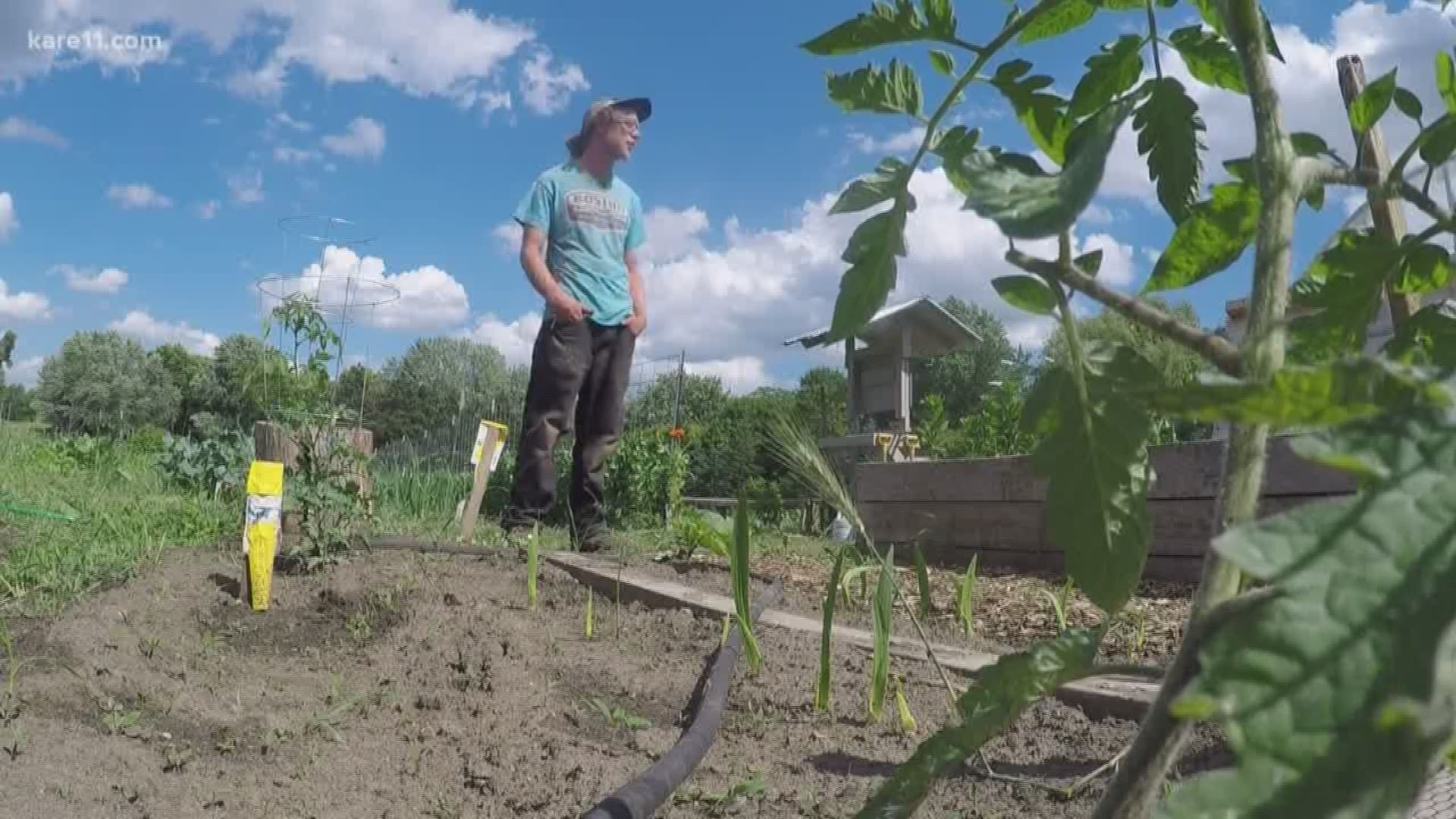 LAKE ELMO, Minn. — Leaders of a community garden in Lake Elmo are looking for help from the public, after a non-profit, mobile food stand was stolen just days after it first opened.

"It's both heartbreaking for me, because of how much work I put into it, but also I knew the kids would really miss it as well," said Ben DeVore, garden farmer at the Cimarron Farm Community Garden.

DeVore has been helping oversee the Cimarron Farm since last spring, but he says the entire community is key to making it go.

"There are community gardener plots, and then youth programming and a garden market," DeVore said. "I think it's one of the only mobile home communities in the country that has a garden like this. Walmart is the closest place to really buy your groceries and so I think, to have a farm on site, within the community that we're selling to, is really important."

And as a non-profit, the sales from Cimarron's weekend farmer's market are invested back into the community. DeVore says it was a big step to secure a $4,000 grant this spring that allowed them to expand their reach with a mobile market trailer.

"The idea was to have this unique, mobile, market stand, that both we, and the kids, could sell produce out of," DeVore said. "We could also take it to another location."

But that only happened two times before he discovered the trailer missing last Thursday morning.

"That theft was kind of disheartening," DeVore said.

To make matters worse, he said the trailer was so new that he had yet to get insurance for it.

"It's a hard lesson learned," he said. "It definitely was something negative but we're going to recover."

DeVore says he's grateful to see his Facebook post about the trailer theft has already been shared hundreds of times and he’s hopeful someone will help bring it home. In the meantime, he says they hope to raise money and awareness about the garden.

"I think it really has resonated with people and I'll have a lot of people coming up to the garden, who hadn't before," DeVore said. "They're saying, 'Oh, I saw that post online. I'm really sorry to hear that. I'm keeping my eye out, is there anything I can do?'"

He says the answer to that is simple.

"Come out, buy fresh produce, walk around the garden," he said. "It's a great community, just do whatever you can do."

Anyone with information on the mobile farm stand should contact the Washington County Sheriff's Office Tip Line at 651-430-7850.