The film tackles the issue of torture and a local center in St. Paul is one of the world's best when it comes to helping victims. 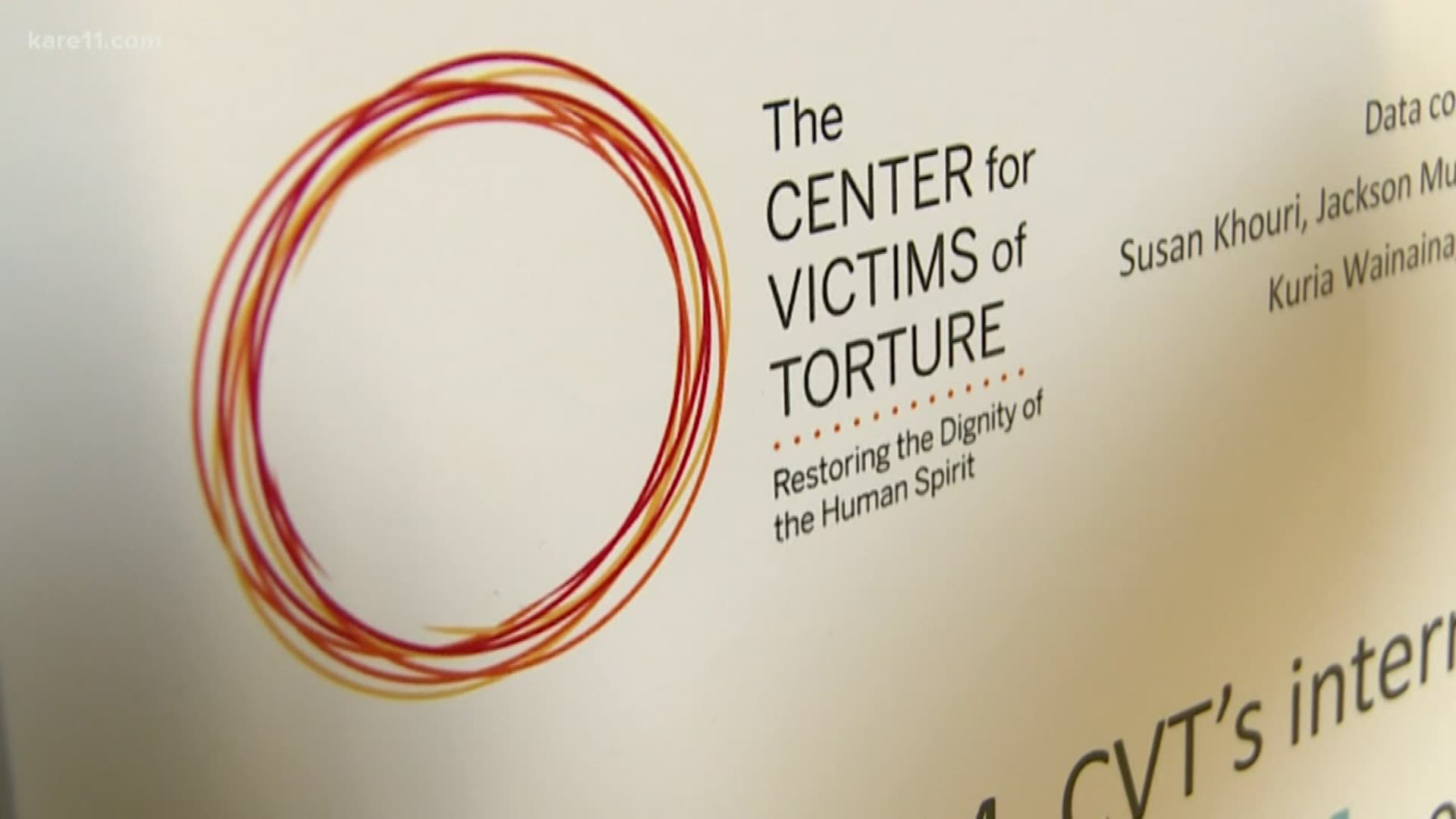 A new Hollywood movie now in theaters has not one, but two Minnesota connections.

“The Report” is the true story of the investigation into the CIA’s use of torture on terror suspects after 9/11.

The film was written and directed by Golden Valley native and University of Minnesota graduate Scott Z. Burns.

It’s Burns’ first directing credit after writing several Hollywood films including, The Borne Ultimatum, The Informant and Side Effects.

But there’s another Minnesota connection to the film that shows just how serious and prevalent torture is in today’s world.

The Center for Victims of Torture was founded in 1985 and is headquartered in Saint Paul Minnesota.

Since then the center has added additional locations in Atlanta and Washington D.C. and in other countries around the world.

“Torture is still practiced or condoned in well over a hundred countries in the world today,” center External Relations Director Pete Dross says.

The center employs more than 450 people, Dross says, and many of them work directly with victims of torture.

“There are 1.3 million refugees who are torture victims living in the United States right now and a comparable amount of asylum seekers as well,” Dross says.

“That’s 1 in 256 people in this country who are victims of torture.”

Dross says the number of torture victims in Minnesota alone is enough to fill every seat of U.S. Bank Stadium in Minneapolis.

Helping these victims takes a great deal of work and coordination.

The center’s clients need help dealing with a variety of injuries, both physical and mental.

“We see chronic pain in muscles and joints from being bound, hung or confined to small places like cages. There are balance and mobility problems from being beaten on the soles of their feet and lower legs. There’s also sleeplessness, intense nightmares and emotional trauma many have endured,” Dross says.

The center reaches clients mostly through word of mouth and there’s always a waiting list for their services.

Despite the overwhelming need for their services, Dross says many Americans don’t know that torture still exists in today’s modern world.

That’s why he and his colleagues are happy to see a Hollywood film that shows viewers the harsh realities of torture.

“It’s a reminder that our own country engaged in this in our own lifetimes,” Dross says.

“It’s a chapter in history that has not been closed and it’s a set of issues that our country still hasn’t reckoned with.”

Dross says the filmmakers of “The Report” reached out to their center in Washington D.C. to provide a consultant for the final film.

The center also worked with the Minneapolis Film Society to set up an advanced screening of the film in the Twin Cities last month.

The film’s director Scott Z. Burns and others were present during a live Q&A after the film showed.

Daniel Jones, the real-life FBI investigator who spent five years writing the 600-page “Torture Report” was also there for the Q&A session.

“The Report” is now showing in theaters across the country, including showings at the St. Anthony Main Theater.