'This could be it': MN couple rescued from Norway cruise ship

"Just that water coming in all of a sudden... that was the moment that this could be it. This probably is going to be it. We're going to be out in the water," Rodney Horgen said. 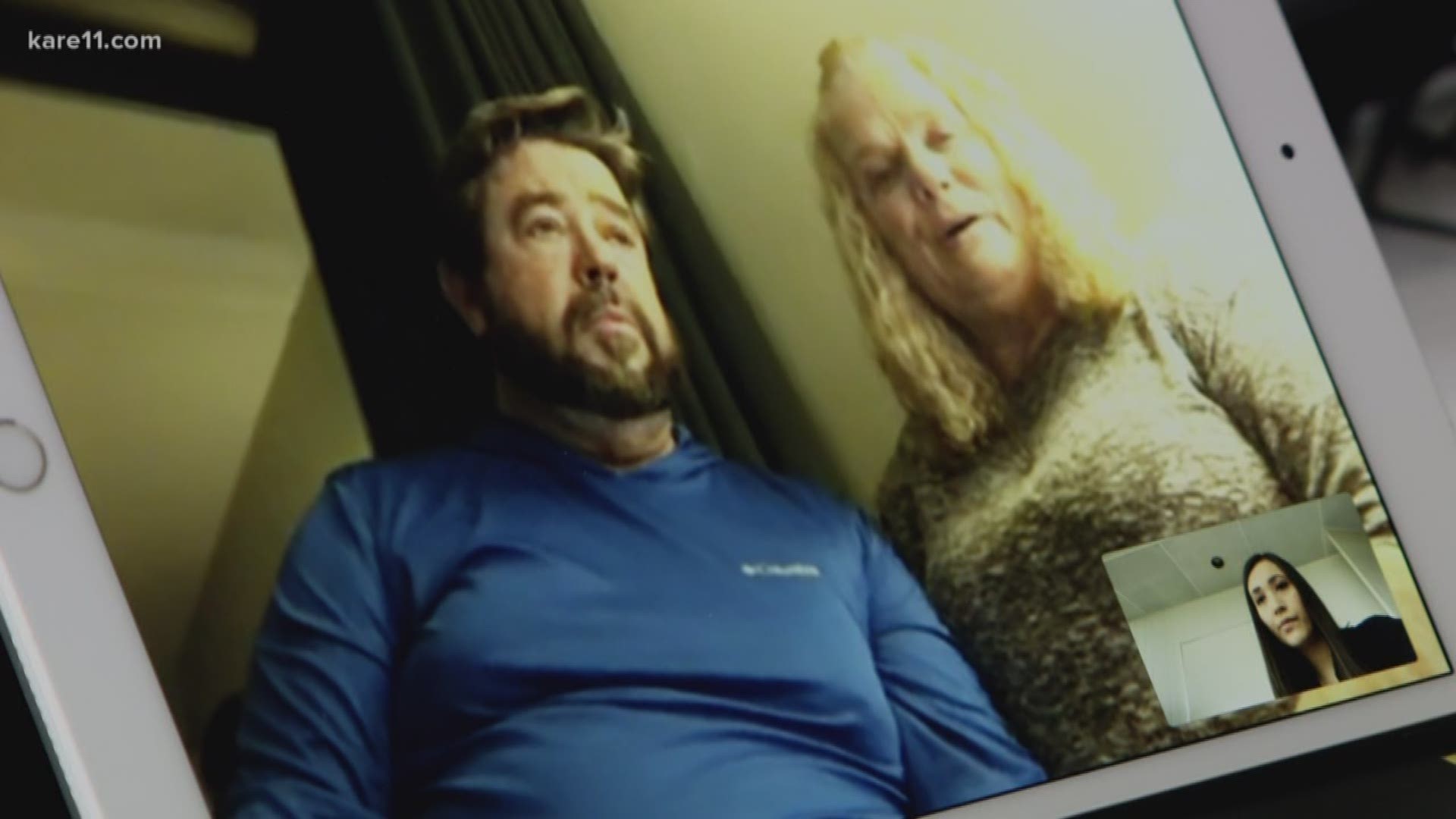 MOLDE, Norway — Judy Lemieux remembers being taken by the water and swept away inside a Norwegian cruise ship.

"Kind of a 'say your prayers' time. Yeah, that was probably I would have to say one of the worst moments in my life," Lemieux said.

More than a year ago, Lemieux surprised her husband with a trip to Norway.

Rodney Horgen described it as a "dream vacation' and a trip they had been looking forward to for well over a year.

The couple from Deer River, Minn. was excited to explore their ancestral heritage and to see the Northern Lights.

They left Minnesota on March 13 and set sail on the Viking Sky cruise ship by March 14.

Saturday afternoon, the couple was on the seventh floor inside the dining room when the ship started swaying side-to-side.

"Almost to the point where it felt like little more it would tip over. Tables were sliding, people were getting knocked over, dishes all over. That was the beginning," Horgen said.

Horgen and Lemieux spoke with KARE 11 Sunday from their hotel room in Molde, Norway. The cruise ship could be seen docked in Molde harbor, right outside their room window.

The cruise ship experienced engine failure in stormy weather off the west coast of Norway while carrying 1,373 people on board.

Credit: Rodney Horgen
Rodney Horgen and Judy Lemieux take a photo with the Viking Sky behind them.

After what happened in the dining room, the couple retreated to their room. Shortly after, they were given evacuation orders to head down to the second floor.

Horgen said he was standing and Lemieux was sitting when about 6-7 feet of water came rushing in.

"A window or door broke and it just came rushing in, crashing. Tables went flying... you could hear glass breaking... 15-20 people, bunch of chairs, tables, came just rushing in at us. It swept my wife away. I grabbed on to her but I could not hang on to her because just too much power," Horgen recalled. "It started leaning the other way and then everybody and all the stuff started crashing to the other side. Wasn't able to grab her yet and then on the way back she came and then I was able to grab her just before a chair was whipping just right at her."

Lemieux added, "I could just see the legs of the chair coming towards my head but I could see Rod's hand and another fella's hand trying to reach out to grab me and they pulled me up probably right at that time."

They were then moved to a different room where they waited several hours.

"It was very, very slow and waiting was hard but with that came lots of time to pray and we know that's what got us all here safely," Horgen said.

The couple said they were waiting for at least five hours by the time they were taken to a helicopter.

"One of the worst feelings, worst walk I've ever had I think, was walking down the hallway and people were waiting and in rooms and stuff and we got to go. We were going to go get off the ship and they weren't and the look in their eyes and the feeling going past was... I don't want to have happen ever again," he said.

Once on deck, two people would hold one person in place so they wouldn't blow off the deck.

"The ride up took your breath away," Lemieux said. "When you felt somebody grab you and pull you on to the floor of that helicopter, it was like... 'thank you'."

479 passengers were airlifted to land. The rest were taken to the nearby port of Molde on the ship's own engines.

Both said they're grateful to be alive and thankful for all the people who helped keep them safe and bring others to safety, as well.

Horgen said, "We're very lucky to be blessed with people in the world like that still."

Viking Ocean Cruises said 20 people were injured on the ship.

The company is taking care of the couple's arrangements. They'll fly to London and return to Minnesota Wednesday evening.

Land of 10K Stories: Marathon on a baseball diamond has one rule