Melanie Carlson said she and her son were stranded on Leech Lake for 12 hours. 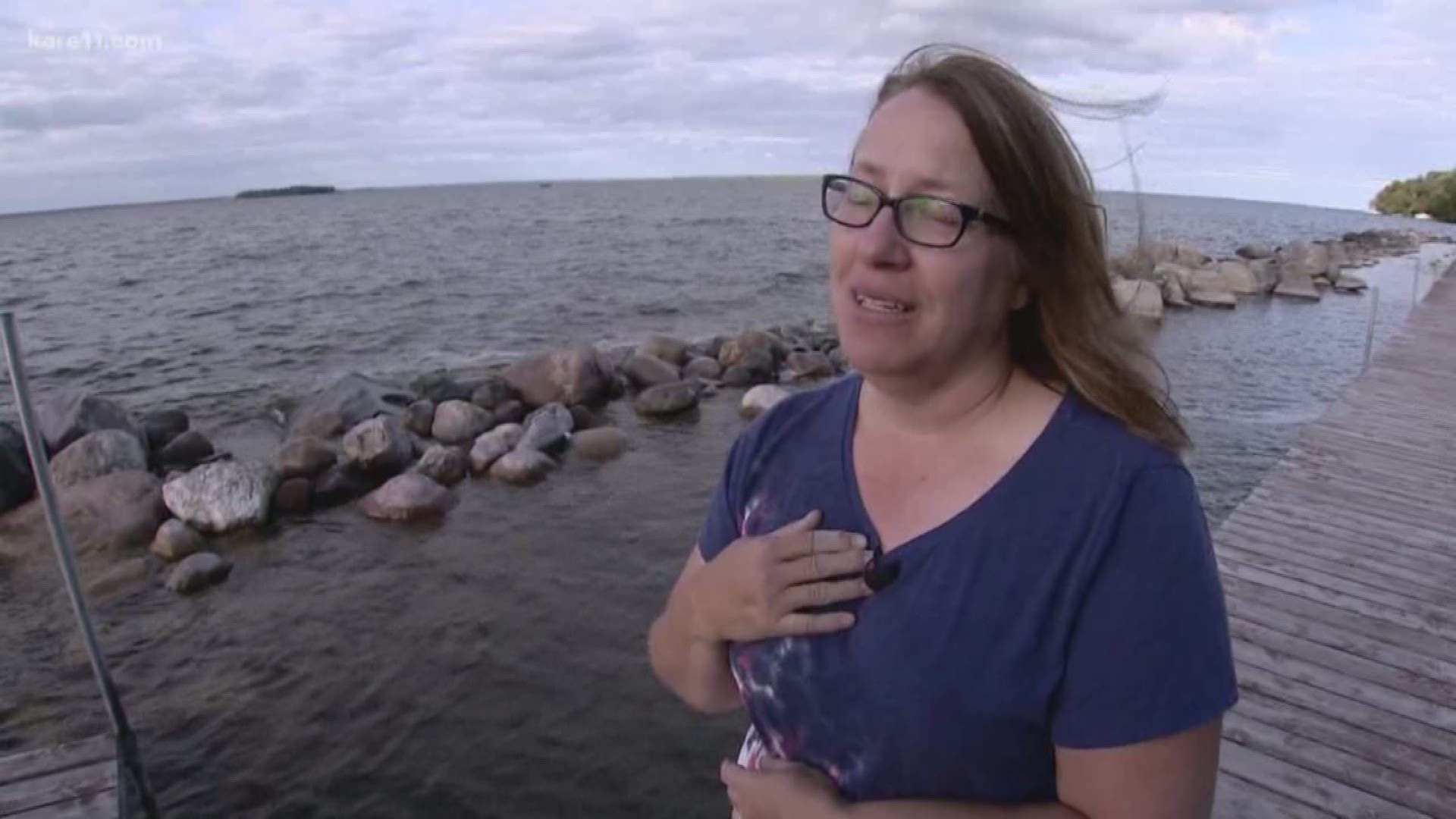 LEECH LAKE, Minn. — Melanie Carlson said she thought Monday would be the perfect day for a mother-and-son canoe trip on Leech Lake.

"It was the best weather, it was supposed to get up to 80 degrees," Carlson said.

She said it was supposed to be a simple trip.

"We just took life vests and a jacket because it was a little cold and the paddles, the boat, that was it," she said. She said the first part along the shoreline went great. They were having fun.

She then suggested an adventure to paddle towards an island on the lake. She said she and her 28-year-old son started paddling towards it when they realized the winds were too strong for them to fight. They quickly turned around to make it back to their rented cabin.

"We made it 25 percent of the way back," she said. "Suddenly we're in the water. [The canoe] tipped over. I don't know really what happened-- I'm assuming wind? Waves?"

Carlson said those waves grew bigger while they were in the water. They managed to flip the canoe back upright but it was so waterlogged that it was floating, barely beneath the surface.

She said they were stuck floating since even a small movement would capsize the canoe again.

"This is how I'm going to die," she said she thought. "I'm going to drown. You always wonder how long you're going to live. And it's my fault."

However, she said their will to live kept them floating for several more hours, and gave them the courage to gingerly paddle towards a point she picked on the horizon. She said she had read somewhere that it's helpful to pick a point and go towards it.

After at least five more hours of paddling, she and her son made it to shore in an area only approachable by boat.

"That's the first point I knew that we're going to live," she said with tears in her eyes. "I didn't know where we were, what situation-- we were out of the water. we made it."

They were rescued by helicopters shortly after.

She said she wanted others to practice better canoeing protocol. She suggested researching the lake you're planning on going on, and planning ahead. She also suggested letting family members know of that plan and to take a phone in a waterproof case. This all on top of wearing a life vest at all times.

"If I didn't have that on, I know we would have drowned," Carlson said. "It would have been my last day."