Tips for summer surfing on the lake

As our partners at MPR News reported, wakesurfing is becoming all the rage in Minnesota and beyond. 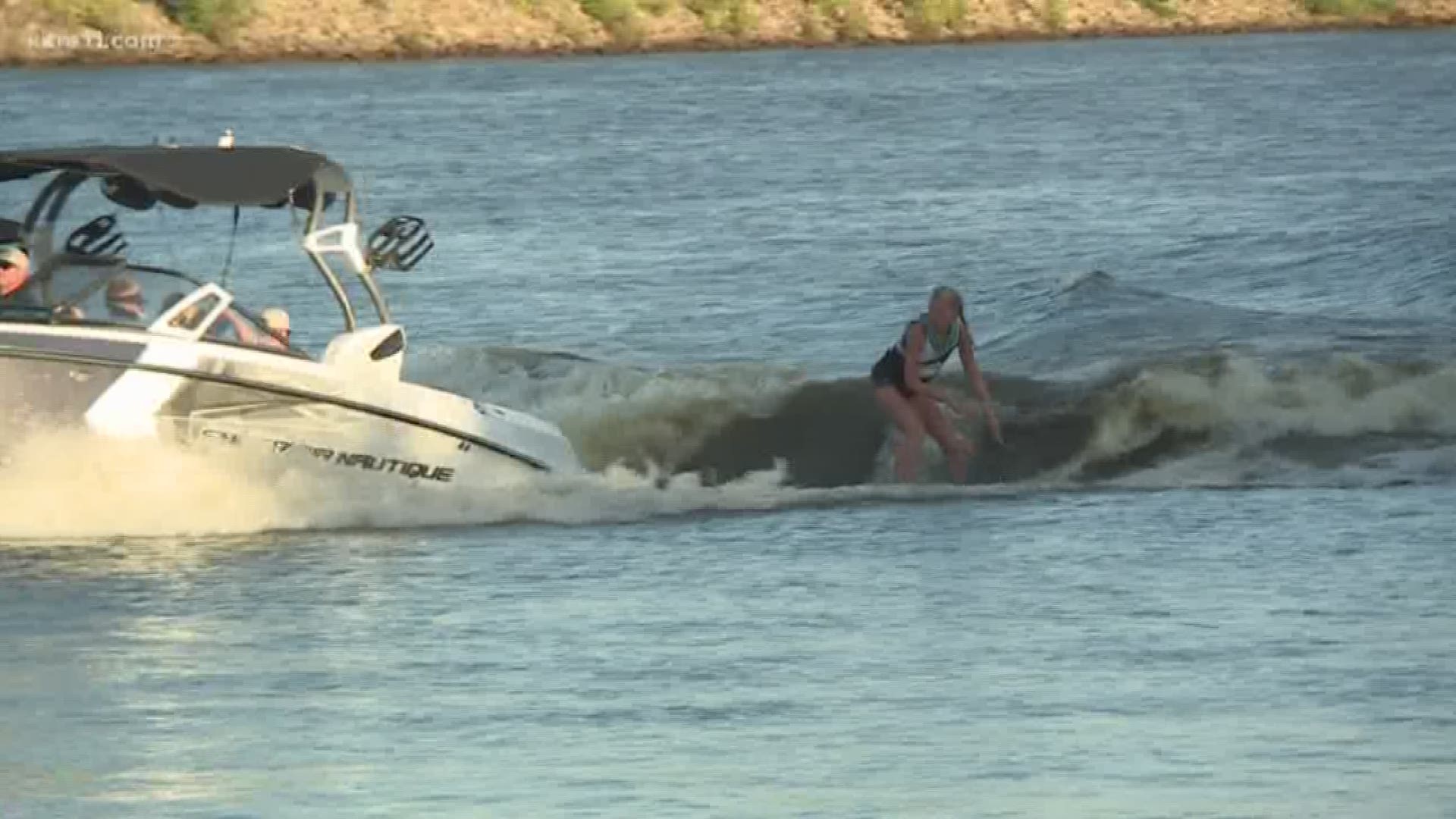 EXCELSIOR -- As our MPR News partners reported on Friday, wakesurfing has become all the rage of the past several years. That's especially true in Minnesota — which has the lakes and rivers to accomodate the sport's new fans.

Scott Nowak, who works as a sales consultant in Excelsior at MarineMax, said he noticed a shift from wakeboarding to wakesurfing around 2011 or so.

"The early part of this decade," Nowak said, "the boats started kind of making systems to make it a little more consumer-friendly to surf."

However, as MPR News pointed out in Friday's in-depth report, some lakeside neighbors and environmental advocates have voiced concerns over the large wakes created by the boats. Jeff Forester, the executive director of Minnesota Lakes and Rivers Advocates, said the key is to be smart about it.

"It's kind of like four-wheelers -- if used inappropriately, they can cause a lot of damage," Forester said. "It looks like a riot. I've been trying to get someone to take me out on one because I want to do it, but they should be operated away from shore and in deeper water."

With a few months left of nice weather, here are a few summer reminders for wakesurfing:

--Stay at least 200 feet away from shore ("Staying away from people's docks and shorelines -- just give them their space," Nowak said.")

--Don't try to operate them in shallow water less than about 15 feet (Forester said this harm the bottom of the lake; Nowak said wakeboats won't even operate properly in that shallow of water anyway)

--Keep those large wakes away from your neighbors on the water ("If you see canoes, kaykas, small fishing boats... cut 'em a break, Forester said.")