Minneapolis-St. Paul International Airport is undergoing an overhaul unlike any in its history. 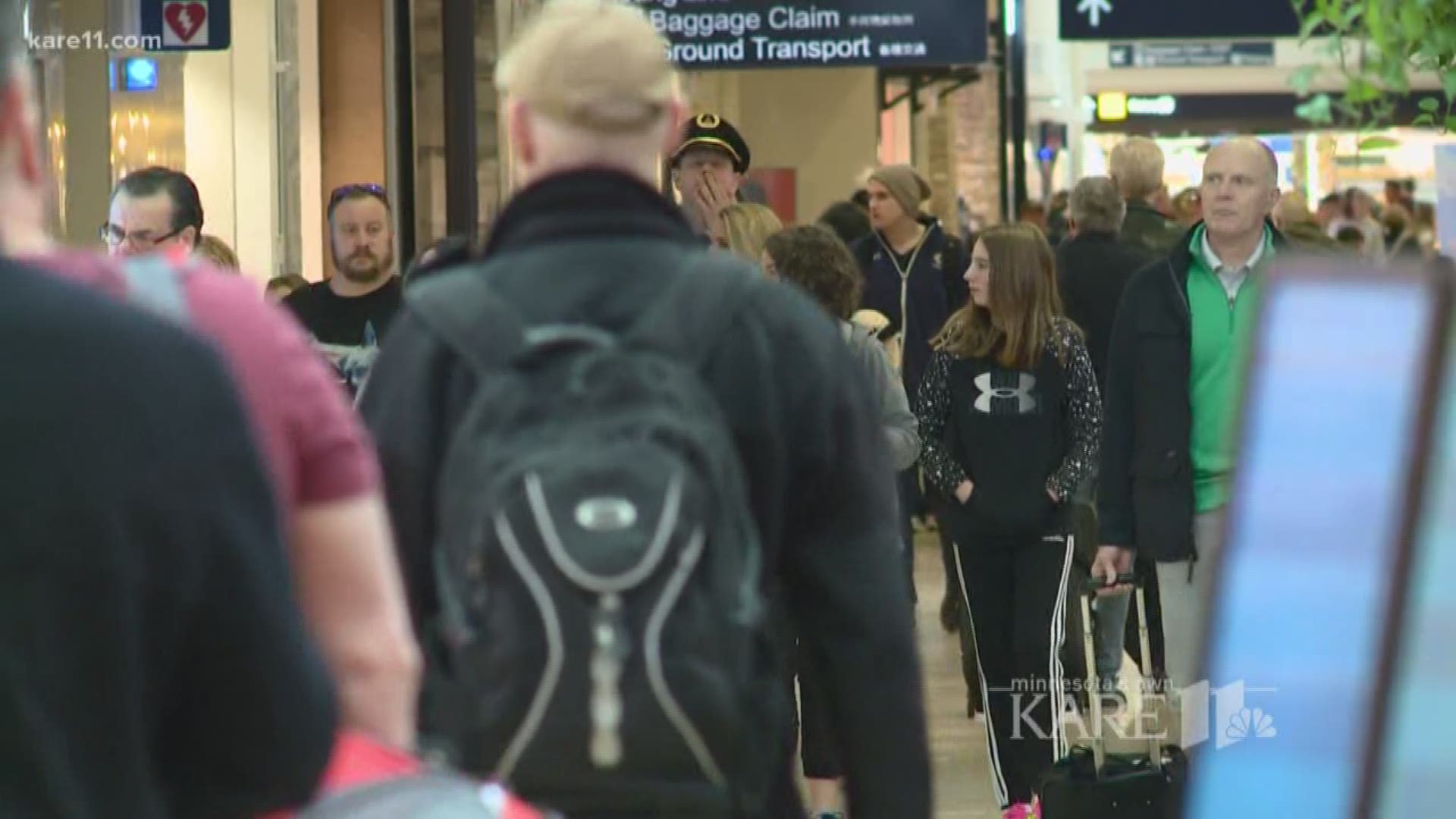 BLOOMINGTON, Minn. -- If you've been to the Minneapolis-St. Paul International Airport recently, you know there has been construction outside and inside. The airport is hoping to make things better for travelers since they've seen a lot of traffic this year. The growth is unlike anything the airport has ever seen. There's more shopping, new restaurants. The pace of change is picking up and the people who run the airport are trying to keep up.

Last year, according to the Metropolitan Airports Commission, the airport had a record year in terms of passengers with 38 million people flying through both terminals combined. CEO Brian Ryks says the airport is seeing 2% growth and 4% from international travelers.

A reason? He says the economy is good here right now and that's drawing more airlines to add more destinations to and from the Twin Cities.

MSP Airport is still Delta Air Lines's second largest hub. There are now 16 airlines that fly in and out of it, including JetBlue, which added service this month for the first time at MSP Airport, with daily flights to and from Boston.

"We're a very strong market. We're a diversified market from a business standpoint and what we've seen is as airlines have entered the market they've done nothing but expand. Just six years ago, we didn't have any ultra low-cost carriers in the market and now those carriers such as Spirit and Frontier make up five percent of the seats," said Ryks.

To keep up with the high volume of passengers and the demand for more destinations, the airport is undergoing a $1.6 billion renovation through the year 2022. That money is coming from a tax on your airline tickets and bonds.

Crews have already made pgrades to Terminal 2 a couple of years ago by adding more gates, restrooms and art. In Terminal 1, security was condensed from four sections to two.

When it comes to food, there are plenty of places to eat at the airport and a big change has come to Concourse E, an area that used to be known as the "Food Court" but is now called "Food Truck Alley."

Staff brought in real food trucks that were refinished offering local fare from Red Cow, Holy Land and Salty Tart. This is exactly what the airport wants to do, bring in local restaurants because they say there's a demand for it.

"38 million passengers annually come through here, 100,000 passengers a day, so they get a taste of what Minnesota is about," said Ryks.

Some of them are national chains and others are local eateries like Hi-Lo Diner, Bottle Rocket, and Blue Door Pub.

This is all part of the changing culture at airports with tighter security in the last 15-plus years, MSP Airport says it's thinking more about the airport being an experience and not so much a place you pass through.

"As individuals show up earlier and earlier for flights, we want opportunities for a relaxing atmosphere. We want good food, we want good fare and it's just important for that overall customer experience," said Ryks.

MORE PARKING AND A PLACE TO SLEEP

Outside of Terminal 1 there are two projects you'll notice. A hotel is being built as well as a new parking ramp.

In 2020, the ramp will open with 5,000 additional spots. Ryks says the ramp is a priority because there's currently not enough room.

"We run out of parking on Tuesdays, Wednesdays and Thursdays of each week so we need that," he said.

There's another option for people for people staying in the area; a new hotel. In fact, it's the first hotel at MSP Airport. it's being built next to the new parking ramp. The Intercontiental Minneapolis-St. Paul Airport hotel will have 300 rooms, a conference center and a bar on top so people can watch landings and takeoffs.

"There are many major airports that do have hotels on site and so we'll be joining the likes of Denver, Detroit and Chicago," said Ryks.

Back inside of MSP Airport, there are big changes in ticketing and baggage claim as airport managers try to make the spaces brighter and more inviting.

Downstairs in baggage claim, part of the ceiling in ripped up right now as crews work to raise it. They're creating a new walkway and bumping out the baggage carousels into the current walkway.

Upstairs in ticketing, a new mezzanine opened just in time for the busiest day of travel ever at the airport. The day after Super Bowl 52 in February, the airport saw some 60,000 people walks through.

Keeping up with changes to the infrastructure and larger crowds is a challenge for airport leaders but that's not all.

"The challenges are ensuring that we operate this facility at a very high level from a customer service standpoint I think we're seeing challenges within the wide spectrum of travelers. You have the millenials that are all app-based and then you have the baby-boomers which some may not be and so our services have to reflect that wide spectrum of travelers," said Ryks.

For more information on the projects happening at MSP Airport, click here: https://reimaginemsp.com/