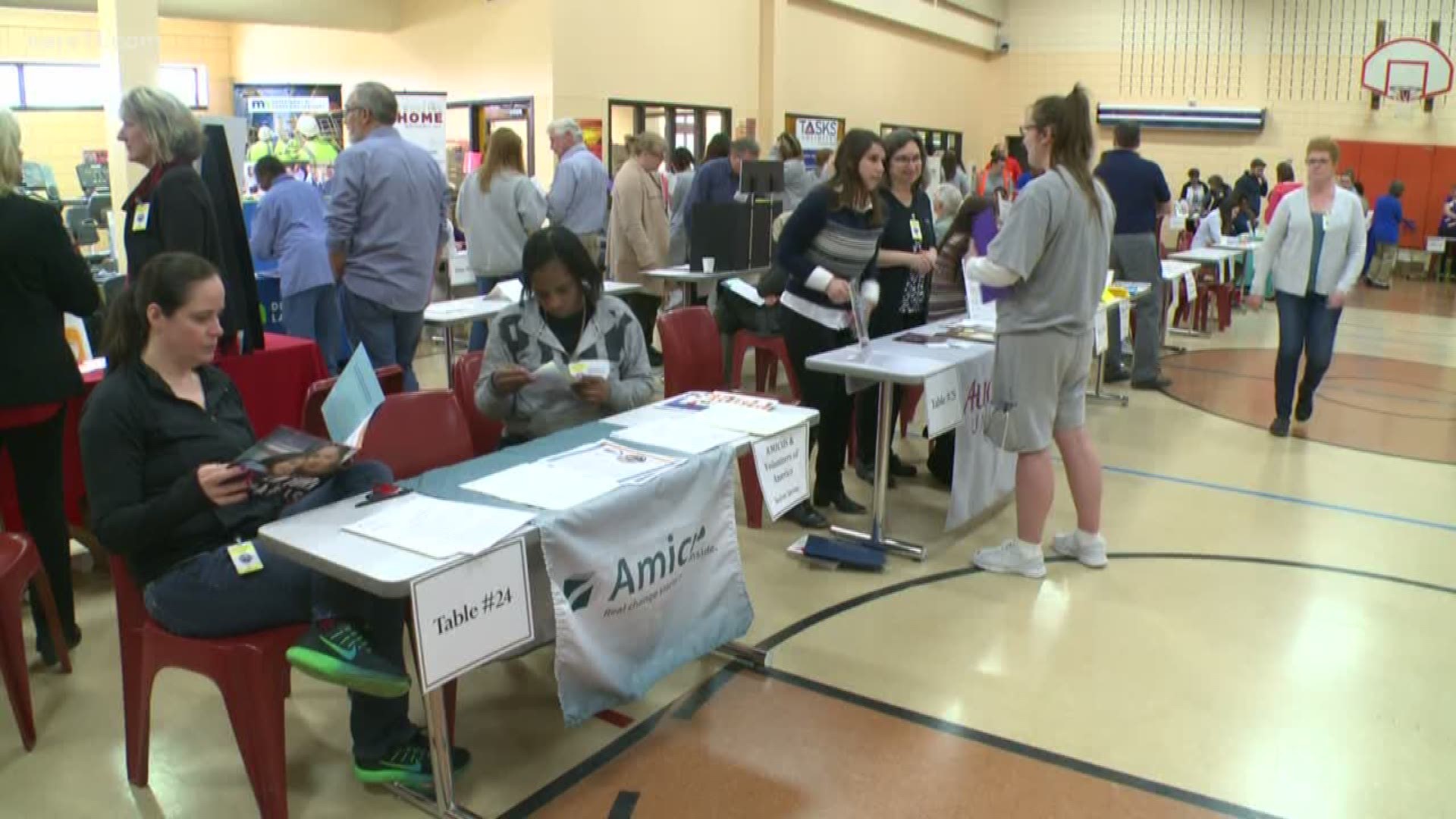 SHAKOPEE, Minn. — At first glance, it looks like any other networking event. Booths are lined up inside a gymnasium and pamphlets are being passed out to those walking by.

But a common question being asked is, "When do you get out?" For Jayde, the answer is in November. Jayde is one of more than 400 incarcerated women who attended the annual transition fair at the Minnesota Correctional Facility-Shakopee—the only women's prison in the state.

The transition fair included more than 60 booths. Community service providers met onsite with the women to talk about housing, health care, employment, education, behavioral health and more. The goal is to help provide resources to incarcerated women as they transition back into society.

Jayde said she struggles with addiction and mental health issues; she's been in prison since July 2018.

"I think whether or not you're able to follow up depends on the individual but at least this is something the prison's actually providing to make that connection to the outside when you leave," she said.

There are more than 600 incarcerated women at the Minnesota Correctional Facility-Shakopee. The average stay is two years and about 95% of the women who come here eventually get out.

"We work hard in ensuring the offenders that come into these institutions return to the communities better than they came in and we have a wonderful support network," said Nate Knutson, assistant commissioner for the Minnesota Department of Corrections.

Corrections Officer Jason Bock added, "I like to watch them grow. When they come in, they're scared. They don't know what they're doing. Coming through the transition fair like this, it gives them the tools and the happiness, something to look forward to... getting out, back out there."

"It's real important that we're here to offer our services for the women that are leaving. I'm here on a weekly basis to make connections with them and provide our services," Avivo's Teresa Lewis said.

Jayde works in the nonprofit sector as a grant writer and feels good about the support she'll have once she leaves the prison in November.

"I think community in Minneapolis gives me a really good chance but some people from smaller communities might not have as easy of a time," she said.

The DOC started these transition fairs about 20 years ago and each institution has its own fair.