Potential jurors were given questionnaires, told to talk to no one about the case, and instructed to come back Wednesday. 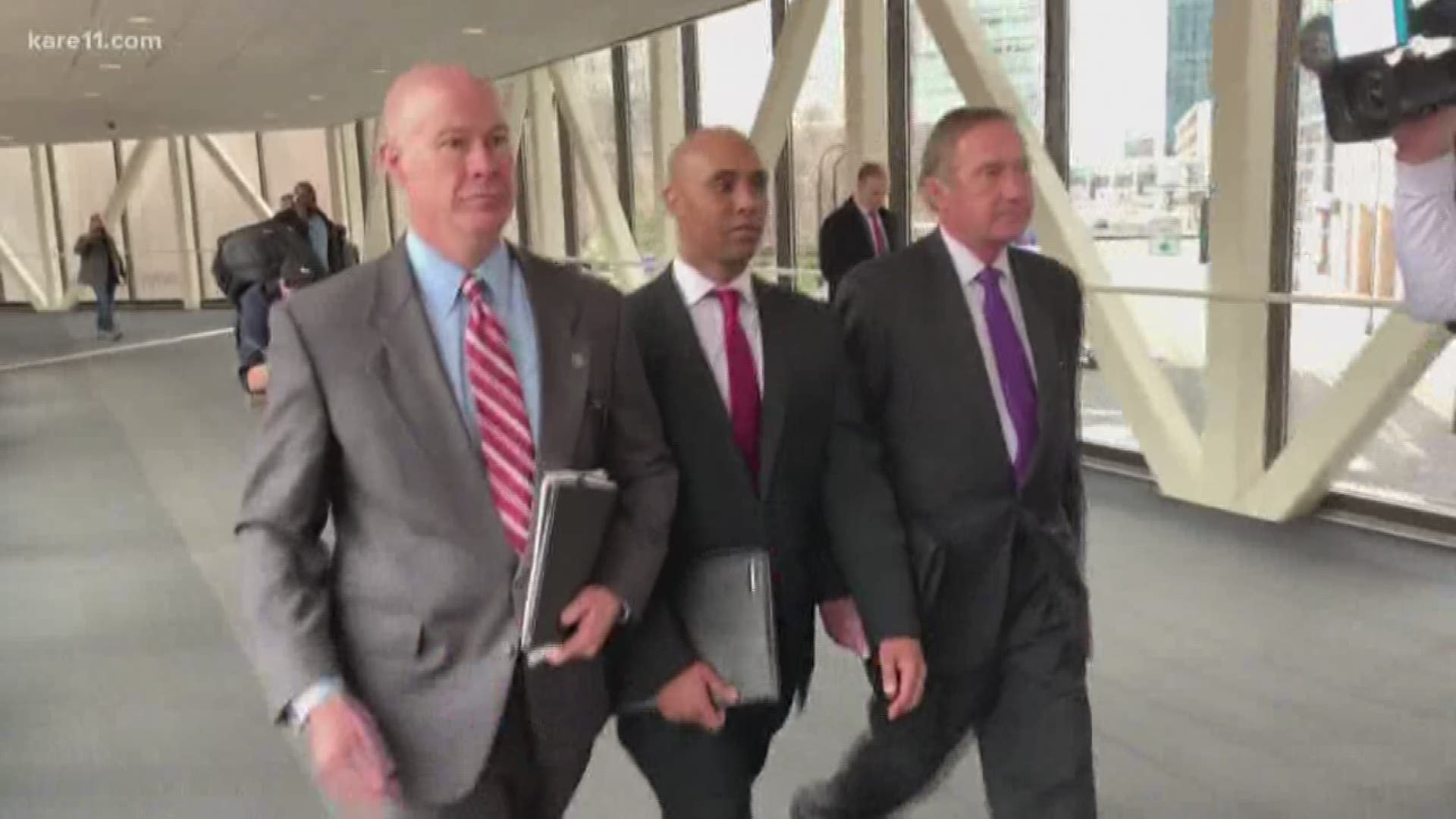 MINNEAPOLIS — A jury pool of 75 Hennepin County citizens was sent home late Monday morning with explicit instructions to not talk about their potential involvement in the murder trial of former Minneapolis Police officer Mohamed Noor.

Noor is accused of shooting unarmed Australian national Justine Damond, who had called 911 to report a suspected crime in the alley behind her south Minneapolis home. He said nothing while entering the Hennepin County Courthouse as reporters asked him whether he would testify in his own defense. 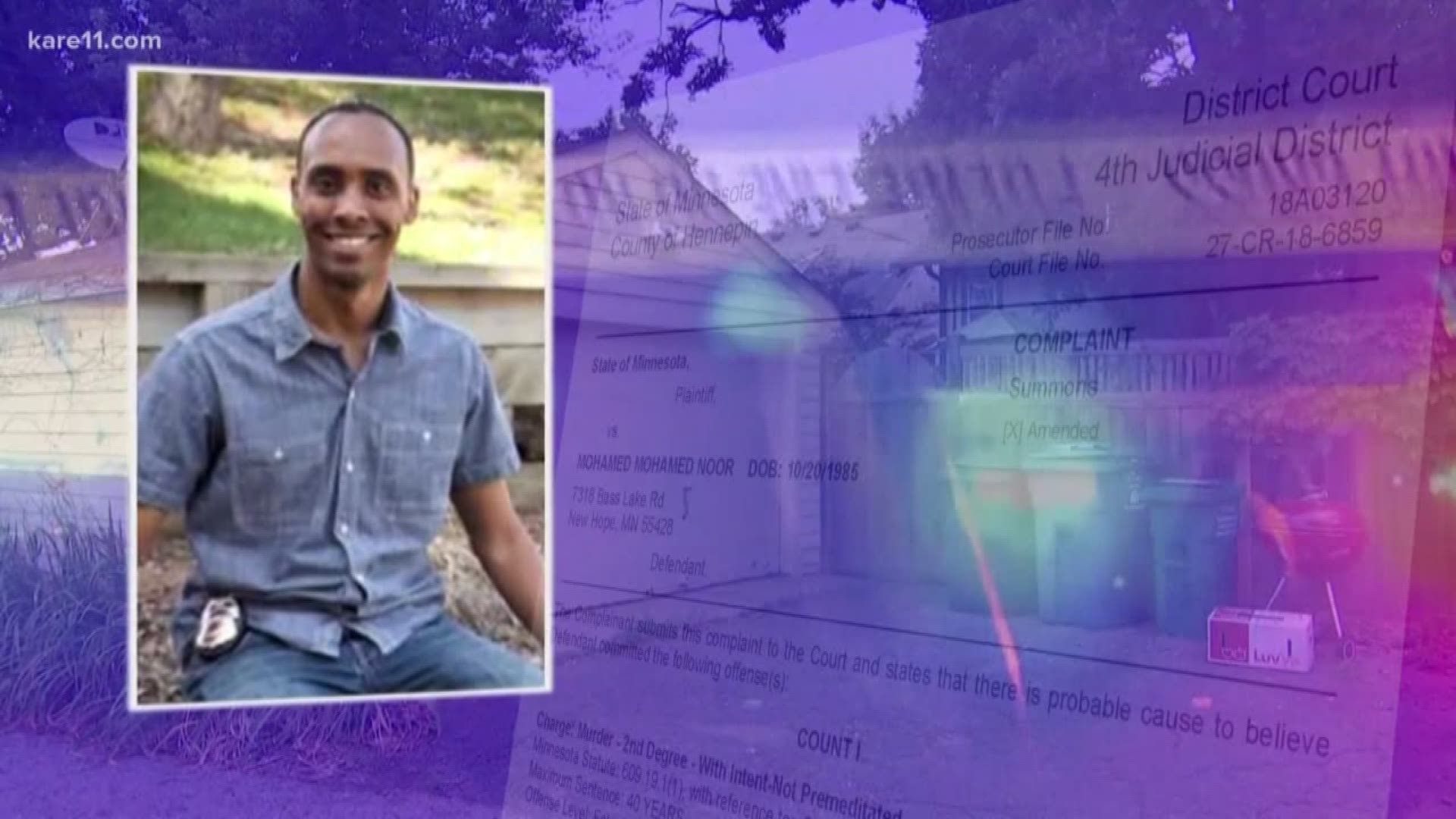 KARE 11's Lou Raguse was in the courtroom as the selected jury pool was given instructions by Judge Kathryn Quaintance, who told the jurors to avoid media coverage and to not even tell family members which case this is. “You can tell them the judge said you can’t say which case.” Judge Quaintance told them to go to work or normal routine tomorrow and come back Wednesday morning.

Raguse reports that about 50 of the approximately 60 members of the potential jury pool who were visible to the media gallery appear to be white and 10 are people of color, a number he feels is relevant as Mohamed Noor is a black Somali man. He says one young man appeared to possibly be Somali.

When the trial and the jury selection process resumes Wednesday questioning will take place in a group setting instead of individually, which theoretically should speed up the process. 16 jurors total will be selected from this pool, with another four picked as alternates. In comparison, jurors selected for the trial of St. Anthony Police officer Jeronimo Yanez were questioned individually, and the selection process took nearly a week's time.

The first day of the Noor trial took place in the Hennepin County Board Room, which was turned into a makeshift courtroom. There is very little space for either media members or community observers, which did not sit well with activists who have been calling for justice in what they call the murder of Damond. Following the morning session a group that calls itself 'Justice for Justine' held a press conference railing against the judge's restrictions on courtroom access.

Emotions are running high in the community as this case comes to trial. Judge Quaintance says threatening phone calls were made to her chambers after rulings on what evidence may be presented at trial. Quaintance cited passionate public opinion about the case Monday in explaining why jurors won't be identified in court.

The shooting of Justine Damond, 40, happened in July 2017. Noor is charged with 3rd-degree murder, 2nd-degree murder and 2nd-degree manslaughter. The 33-year-old former cop has never given a statement or shared his side of the story, but is expected to take the stand in his own defense.

Attorneys like Paul Rogosheske, who has defended officers in other criminal cases, say Noor's testimony in trial will be extremely important because Noor will likely be making a self-defense claim.

"An officer has that defense," Rogosheske said. "It's what's in his mind and what he knows. Did he reasonably fear that his life was in danger or that of his partner? He has to describe what was going through his mind and the fear that he had."

Was Noor's fear reasonable to justify the use of deadly force? Prosecutors will argue no. The criminal complaint says there's no evidence Noor "encountered, appreciated, investigated or confirmed a threat," which attorney Mike Padden agrees with.

"The problem here is that they're going to have to convince a jury of his peers that a woman, an attractive woman in a robe was a threat, which respectfully I think will be a pretty tough burden," Padden said.

That's why the testimony of Noor's partner Matthew Harrity, the only other known eyewitness to the shooting, will also be critical.

Noor was riding with Harrity through the alley behind Damond's home at 11:37 p.m., after Damond called 911 to report a possible rape.

According to the criminal complaint, before Noor fired from the passenger seat, Harrity "perceived that his life was in danger, reached for his gun, and un-holstered it," because he said he heard "a thump somewhere behind him on the squad car."

Ultimately, legal experts on both sides predict the case will come down to whether Harrity and Noor are believable.

The shooting of Damond drew international attention, cost the police chief her job and forced major revisions to the police department's policy on body cameras.

Noor's partner that night, Officer Matthew Harrity, told investigators he was driving a police sport utility vehicle when he heard a voice and a thump and caught a glimpse of someone outside his window. Harrity said he was startled and thought his life was in danger. He said he then heard a noise and turned to see that Noor, in the passenger seat, had fired his gun past Harrity and hit Damond through the driver's-side window.

The officers did not turn on their body cameras until after the shooting, and there was no squad camera video.

The lack of video was widely criticized and Damond's family called for changes, including when officers are required to turn on their cameras. Days later, the police department strengthened its policy to require that the cameras be activated immediately when responding to a call or making a traffic stop.

The shooting also raised questions about the training of Noor, a Somali-American whose arrival on the force about two years earlier had been celebrated by city leaders and Minnesota's large Somali community. Noor had previously worked in property management.

Then-Chief Janee Harteau defended Noor's training and said he was suited to be on the street. But Harteau was forced to resign by then-Mayor Betsy Hodges, who also lost her bid for re-election four months later in a race influenced by police-community relations.

Documents later filed as part of the criminal case showed that training officers voiced concerns about Noor's fitness for duty long before he shot Damond, but he was deemed fit to serve.

Judge Kathryn Quaintance has ruled that prosecutors cannot present evidence about prior "bad acts" as a police officer.

She also said Noor's pre-employment psychological exam, which found that Noor was more likely than other officers to be impatient or have difficulty confronting people, cannot be used unless he testifies and it becomes relevant. She also ruled his refusal to speak to investigators can't be used as evidence unless Noor takes the stand.

Jury selection could last several days. The trial is expected to last weeks.