Passing motorists reported feeling the heat as they drove by the fire. 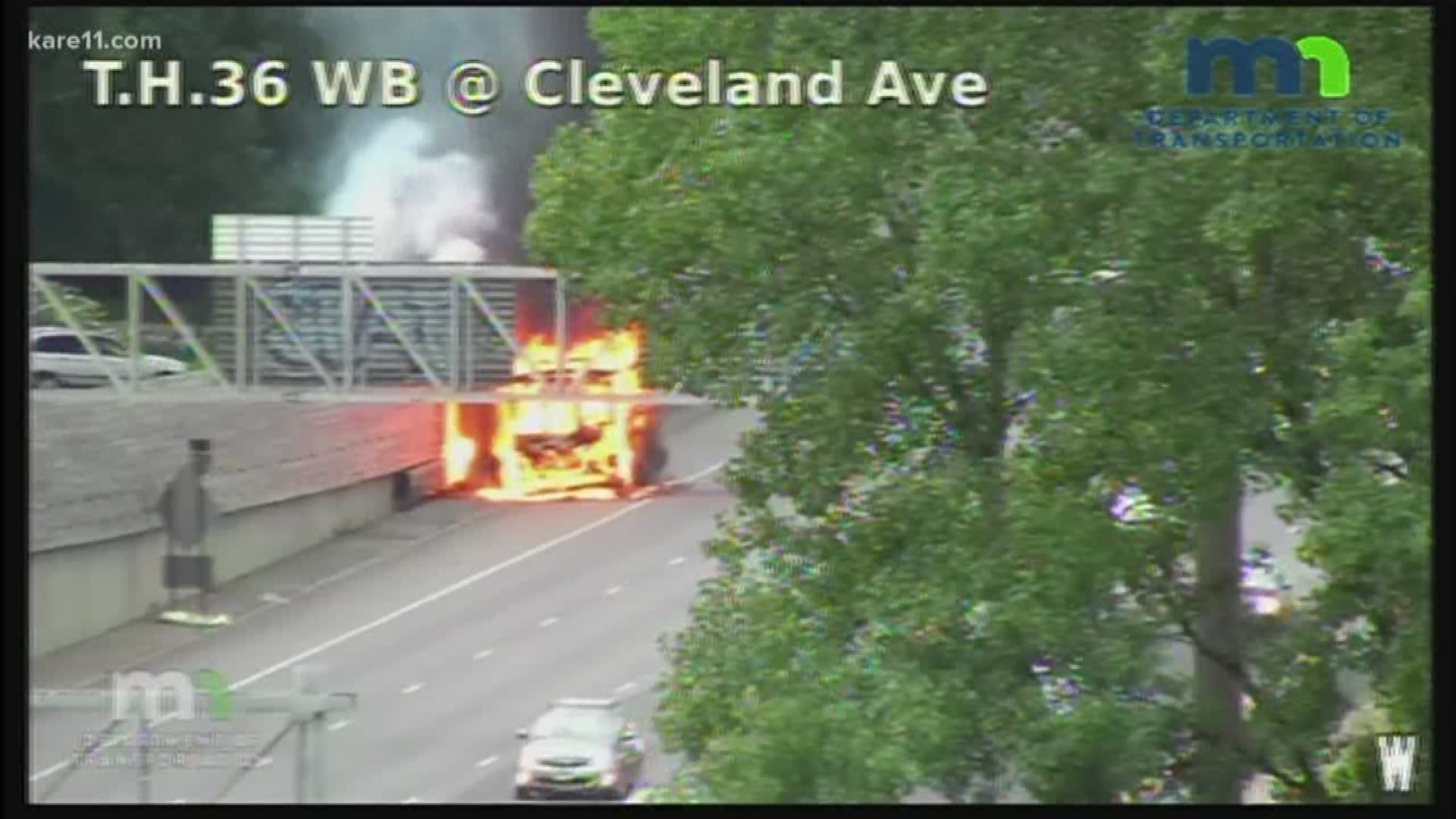 A MnDOT traffic camera captured the scene around 6:30 p.m. on eastbound Highway 36 near Cleveland Avenue in Roseville.  The trolley was engulfed in flames by the time fire crews arrived.

Firefighters extinguished the blaze and no injuries were reported.

The cause of the fire remains under investigation.