Trump/Putin relationship is watched across the world

Few relationships have been as scrutinized as the one between President Trump and President Putin. 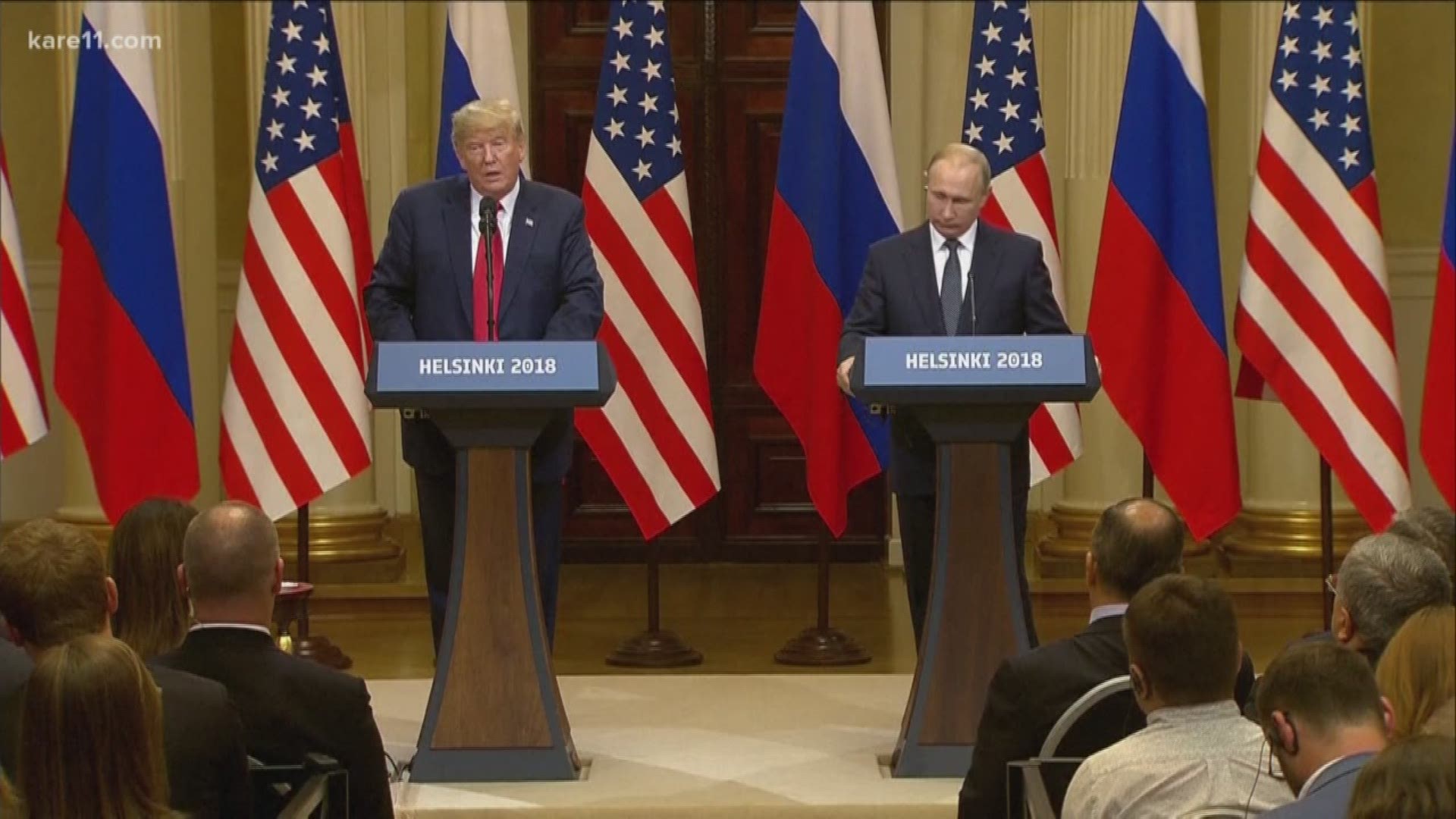 PLYMOUTH, Minn. - If President Trump needs tips for dealing with Vladimir Putin, there's a real estate agent in Plymouth who may have some insight.

Mark Stipakov knows the Russian president from his earliest days, as an elementary school kid at School 193 in Leningrad. They spent five years together as classmates in the Soviet Union, before Stipakov switched schools at the end of sixth grade.

Front row, third from right. That’s Vladimir Putin in sixth grade at School 193 in Leningrad. He spent five years of school with Plymouth real estate agent Mark Stipakov, who is in the second row, second from right. @kare11 pic.twitter.com/MUpMD3Wkly

"When I knew him, he was really, very unruly," Stipakov said. "He was a hooligan. Always fighting."

Stipakov spent the rest of his teenage years and early adult years in Leningrad before moving to the United States in 1979, settling initially in St. Paul. Over the next few decades, he watched in awe as Putin ascended to one of the most powerful positions in the world.

And in Helsinki on Monday, Stipakov was curious to see how President Trump would handle his former classmate— and the allegations that the Kremlin ordered interference in the 2016 election.

Stipakov felt it was in Trump's interests — and America's interests — to show Putin he would not tolerate cyber warfare on the nation's democratic institutions.

He was surprised, then, to see that Trump instead seemed sympathetic to the Kremlin narrative that Putin had no involvement in election interference.

"I believe that Trump should have put a better stand, a power stand and confront Putin about these things," Stipakov said. "And by doing this he probably would have had a respect of Russians even more. So it was a low-point of his presidency yesterday."

After bipartisan backlash, Trump made an attempt at damage control on Tuesday. In a prepared statement, he said he fully accepted American intelligence findings about Russian interference in the election.

Dr. Lillian Glass, a body language and human behavior expert who earned a PhD at the University of Minnesota, said it was obvious Trump was being extremely careful in his prepared remarks.

"Trump did not go off the cuff," Glass said. "He was definitely reined in by somebody."

However, Trump did leave a little wiggle room on the election interference issue by adding: "Could be other people also. A lot of people out there."

"In the Russian translation, the key word is his doubt," Grichener said. "That he has no evidence, no proof... that he's in doubt."

Meanwhile, Stipakov will continue to monitor the relationship between Trump and his old School 193 peer.

He would like to see a day when the two countries can find more common ground.

"Two nuclear powers, they cannot be in a state like this, in constant confrontation," Stipakov said. "We expected a lot from this summit and we still do. And we hope the relationship will improve."