Law Enforcement leaders as well as Ramsey and Hennepin County Attorneys gathered to discuss ways to reduce crime and incarceration rates in the Twin Cities. 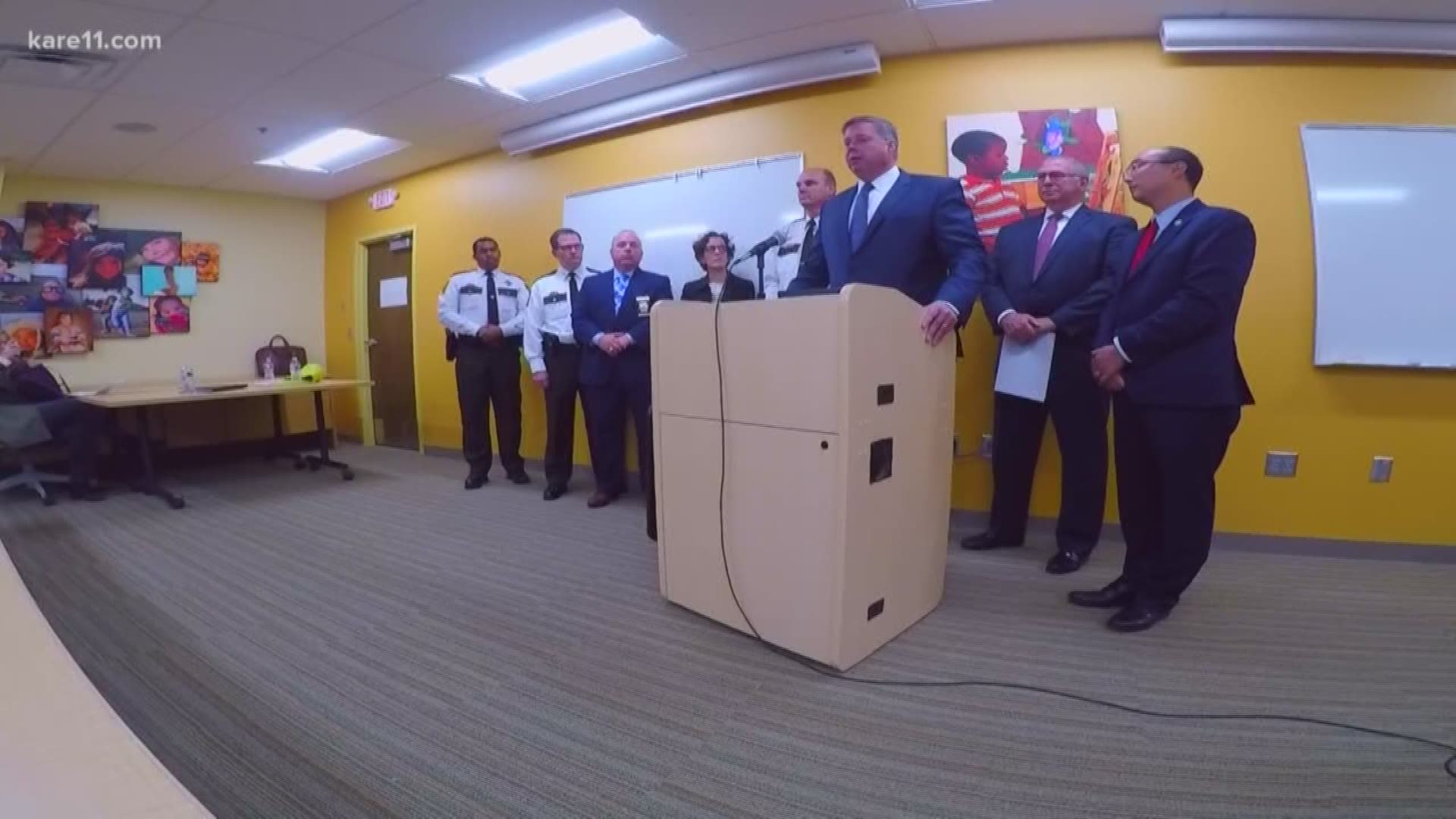 ST. PAUL, Minn. - Ronal Serpas says he's convinced some people believe calling 911 will get them nothing but a ride to jail. Ever since he formed his nation-wide group, Law Enforcement Leaders to Reduce Crime & Incarceration, Serpas has been working to change that perception about law enforcement.

He's currently the executive director of Law Enforcement Leaders. He's also a professor at Loyola University in New Orleans. He also happened to be the New Orleans Police Chief until 2010.

"We're not here to put the neighborhood person who's suffering from alcoholism in jail," Serpas said. "We're here to find the rapists, the murderers, burglars and the robbers."

Serpas explains that several cities and counties have successfully made the switch to relaxing laws for smaller crimes. He pointed to Tuscon, AZ, Miami-Dade County as well as Seattle as locations to model the Twin Cities after.

He says nationwide, America spends $80 billion on incarceration. By addressing mental health, addiction and other crises as something that can be helped and not something that should be punished, he says the nation can save its tax dollars.

Ramsey County Attorney John Choi says from what he's heard from his constituents in the past, he says he thinks the people in the Twin Cities are also ready for a change.

"We all work for the public and a part of this conversation about thinking about reducing crime and at the same time reducing incarceration-- there's a lot of people who have been talking about this," Choi said.

Choi also encouraged people to call his office or Hennepin County Attorney Mike Freeman's office to voice their opinions on the change on policing.