The report says the Twin Cities metro is highly segregated by race and has some of the largest disparities in poverty, income, and homeownership between black and white residents of any U.S. metro area. 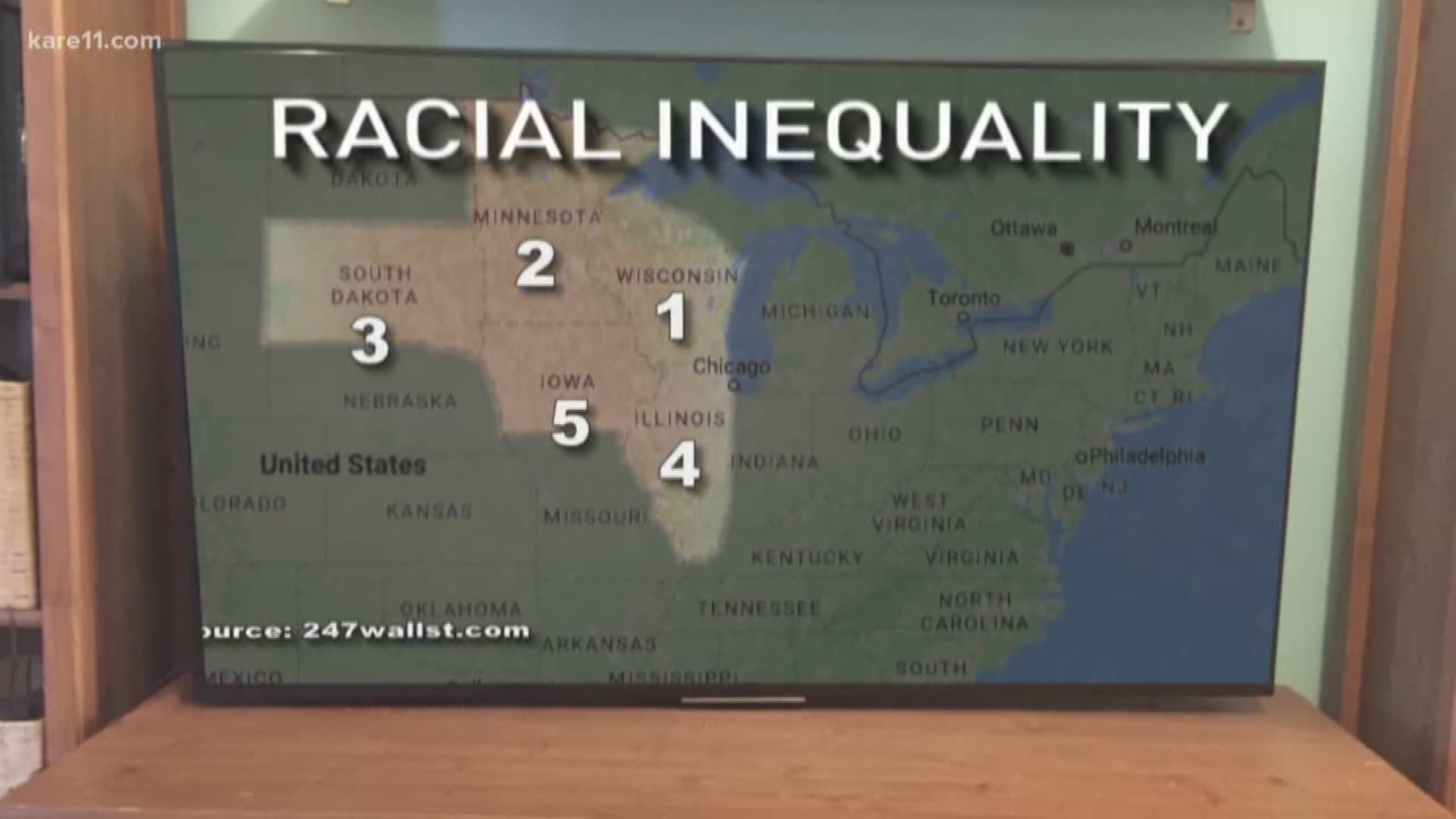 MINNEAPOLIS - It happened again. 24/7 Wall St. told us what we've already heard before: The Twin Cities metro is one of the worst cities for black Americans.

Disparities in socioeconomic measures exist to some degree nationwide. However, in certain cities, gaps in outcomes along racial lines are chasmic. The Twin Cities came in at number four.

James Burroughs reveals is the Chief Inclusion Officer for Minnesota. But it's a position he wishes the state didn't need.

He and others are working to make sure no city in Minnesota shows up on lists like this one anymore.

READ: These are the 15 worst cities for black Americans

The report says the Twin Cities metro is highly segregated by race and has some of the largest disparities in poverty, income, and homeownership between black and white residents of any U.S. metro area.

"We have to create more opportunities for promotion and access in the different companies," Burroughs said. "A lot of times we hire people but our retention rates are so very low that we don't promote people and give them opportunities to succeed and become CEOs or VPs of companies.”

Despite the unflattering reports, some leaders in the private sector, like 3M, are using the state as a model for diversity and inclusion strategies.

“It is not just the conversations, that you do need to have at the beginning, but it's turning it into a concrete action plan," McGuiggan said.

She said one thing that can make a big difference is gathering and sharing data.

“You can't change anything if you don't have the number to see if it improved or not," she said. "To follow people's career. To see the distribution of wages and the quality of leadership talent."

And where is that data?

"Every company has it," McGuiggan said. "It's just that it's sometimes complicated to share publicly.”

Burroughs says now that the problem is out there again, let's all work together on a solution.

“I won't say anything is wrong with Minnesota. I've been here 26 years and they got me to stay, so I think we can get other people to stay as well," Burroughs said. "If we value and respect them, and make sure that they are feeling included in the culture we have here."