Air transport was ordered for at least one person, according to the sheriff. 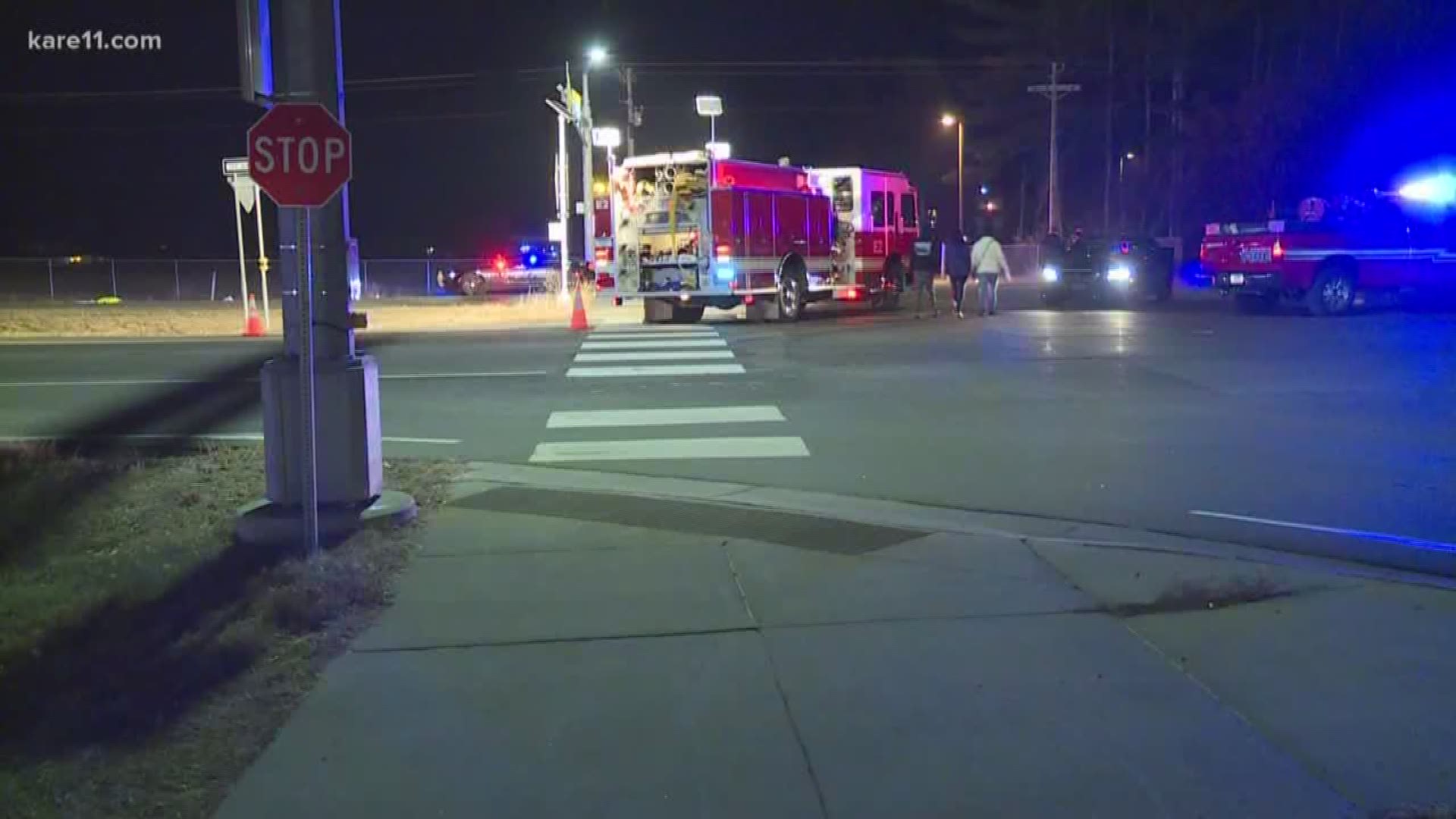 ST. FRANCIS, Minn. - Two 14-year-old girls were struck by a vehicle and injured while crossing a highway in St. Francis, Minnesota Tuesday night.

According to the Anoka County sheriff, the crash happened at Pedersen Drive and St. Francis Boulevard at about 6 p.m.

The girls, identified as Kaia Bollmann and Annie LaMotte, were crossing the highway on a crosswalk when they were hit by the northbound vehicle. That vehicle was driven by a 62-year-old man from Isanti, who immediately stopped to cooperate with authorities. .

Kaia Bollman was rushed to Hennepin County Medical Center and is reported in critical condition. Annie LaMotte was transported to Mercy Hospital and is in serious condition. Both girls are 8th graders at St. Francis Middle School.

14-year-old Annie LaMotte is hospitalized at HCMC after being struck by a vehicle while in a crosswalk.

It was the accident parents in St. Francis have feared would happen... for years.

"My first thought was that could have been my kid," said Heather Buzzell, whose son is in the girls' class. She's just one of more than 6,000 thousand people who have signed an online petition to make the intersection safer.

Kaia's mom writes on her CaringBridge Page "They did everything right, they triggered the lights to alert drivers and they were in the crosswalk. Kaia was initally not breathing, but a passerby started CPR and she started to breath.

"You just wonder, how far does it have to go before someone does something about it," Buzzell said.

A school district spokesperson said the intersection has been a safety concern for decades. And several ideas over the years have been shared to make it safer. but very few of them - put into effect.

The only improvement made in recent years are the flashing lights above the crosswalk. Something that apparently didn't prevent this accident.

The City of St. Francis has applied for a highway safety improvement program grant through MNDOT.. for a stop light.

Crash data from MNDot shows there have been 16 crashes at this intersection in the last 11 years. 11 of those with injuries.

"It's sickening knowing people around here know it's a problem and it's still dangerous," Buzzell said.