Two 'angels' stop on I-494 to help crash victim

Anthony Kasif was involved in a crash Saturday night on I-494. 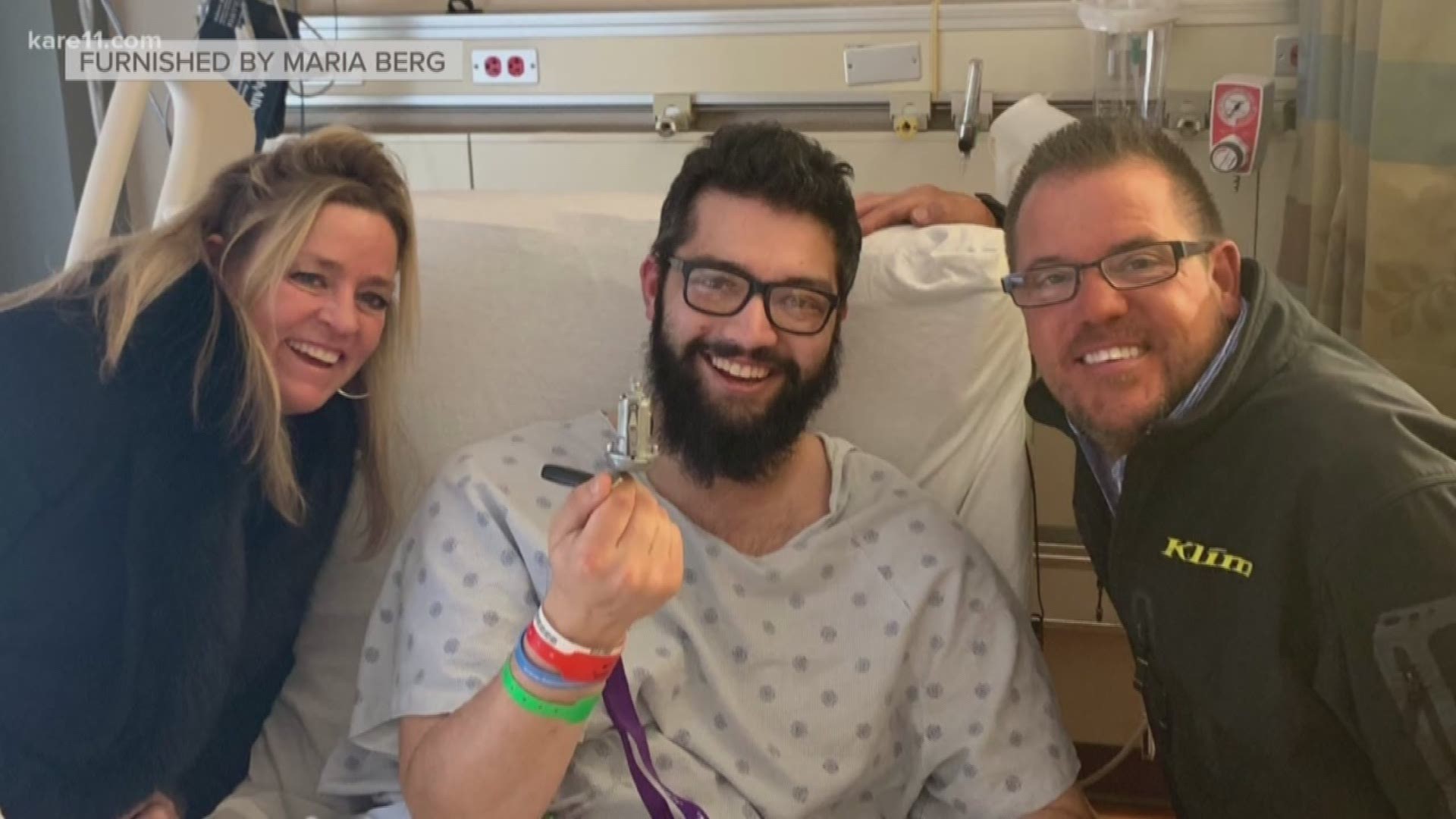 PLYMOUTH, Minn. — Saturday night on I-494 near Plymouth, the sun was long gone and David Johnson and Maria Berg were headed home to Cokato from Maple Grove.

"We saw a car on the side of the road -- he was backing up in front of us," Johnson said. "A kid that was in the middle lane switched over to the right lane, when he ran into that guy in the back."

Johnson said the crash was horrific -- the car the "kid" was driving, completely crumpled.

"I mean he was probably this big in that car," Maria Berg said, holding out her arms about two feet wide. "That's how much you could see of him."

Berg said she noticed the victim was pinned inside. She, Johnson and several others took off their jackets in the cold to keep the victim warm.

Lucky for that young man trapped in the car, Berg served two decades as a police officer and EMT around Minnesota and Wisconsin. She eventually became police chief in Dassel, Minnesota.

With all that experience, she knew exactly what to do at a crash site like the one Saturday night.

"My biggest concern was, I didn't want them to move him before paramedics got there because I've had bad experiences where that's usually -- it can be the only thing keeping him alive at that point," Berg explained.

She said she also knew it wasn't safe to stop and get in the way of traffic the way they did. However, they say they couldn't drive away.

"I didn't care about anything," Johnson said. "What I wanted to do was make sure that kid didn't die."

Perhaps one of the biggest reasons Anthony Kasif is healing in the hospital, is David Johnson and Maria Berg. Two strangers who couldn't leave his side.

"I'm pretty willing to bet that he thinks she's an angel," Johnson said.