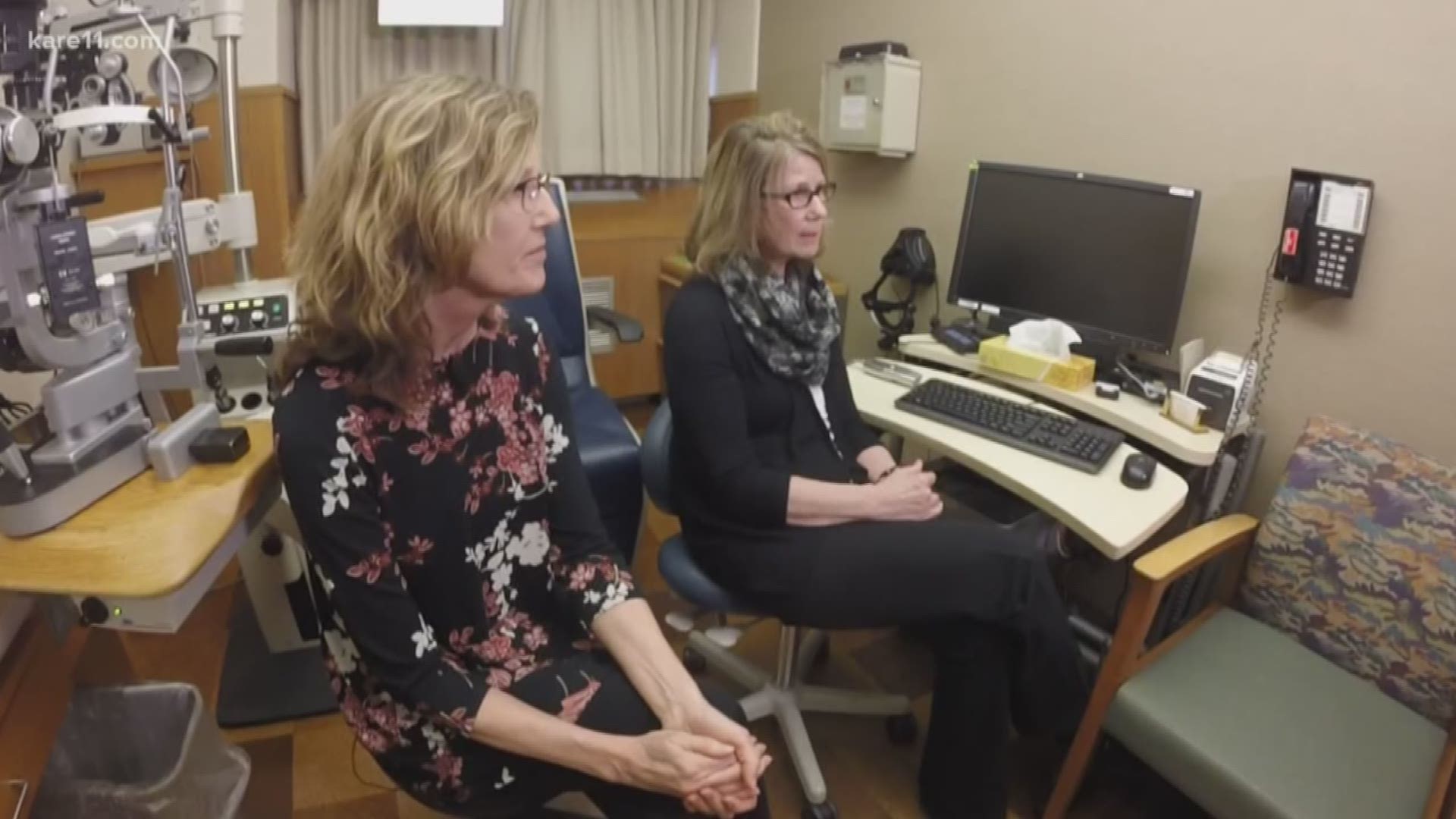 ROCHESTER - The symptoms appeared in their fifties.

Terri Houle couldn't read street signs on the road until it was too late to turn. Her sister, Sandra, couldn't differentiate one face from another. Both had been diagnosed with Fuchs' dystrophy, a swelling of the cornea that causes blurry and foggy vision. It got so bad they eventually both needed surgery, since no medication can treat it.

What a difference it made.

"Looking outside," Terri said after receiving the surgery in both eyes at Mayo Clinic, "everything was so beautiful."

Life is better for the sisters, but they still worry.

Fuchs' is, after all, a genetic condition.

"What does this mean," Sandra asks, "for my two young adult boys?"

That's why the two sisters are among the more than 1,000 people participating in cutting-edge Mayo Clinic research into the genetic defects that cause Fuchs'.

Dr. Keith Baratz, a professor of ophthalmology at Mayo, was among the first researchers in the country to identify the genetic defect that causes the majority of cases.

"We've known for a long time that Fuchs runs in families," Baratz said, "but we haven't known the specific genetic defect until the past decade or so."

The defect tends to be more common among people of Scandinavian descent — which affects the population of Minnesota greatly — and it seems to impact women more severely.

But the research continues.

"For about 25 percent of patients, we're unable to identify the genetic defect," Baratz said. "We're still working on that."

Baratz and other researchers hope to someday find a medication, such as a drop, that could treat Fuchs' as an alternative to surgery.

Even surgery, though, has come a long way over the past decade. In the past, surgeons would basically replace the whole cornea; now, they can perform selective cell membrane transplants that target only the problem area of the cornea. The procedure helps patients immensely by giving them nearly 20-20 vision in some cases.

"Now, we just replace the defective lining and leave 99 percent of the patient's cornea behind," Patel said. "Many of them describe it as seeing in high-definition finally."

In addition to the genetic research happening at Mayo, there are also clinical studies taking place.

Patel said one of the most exciting developments is the use of imaging technology to examine the cornea and decide whether the patient would benefit from a transplant.

"Previously, we waited for patients to get quite a bit worse, but now that we've improved the safety of the surgeries, we can do this a lot sooner, and with a very simple imaging test we can detect subtle disease quickly," Patel said.