A GoFundMe page has been set up for the man who lost his home. 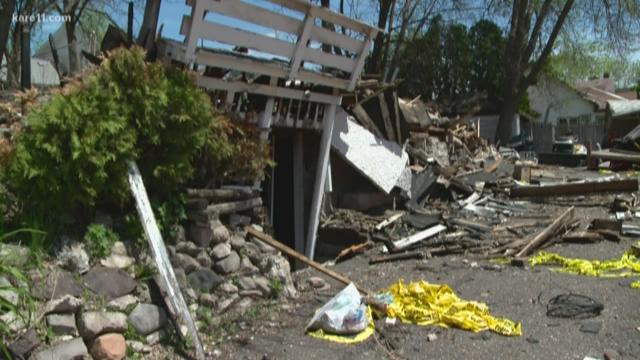 The house at Baker and Hall Avenues is now just a pile of rubble.

Thursday, Israel Melendez and Paul Warner reflected on the last day the house was still standing on April 20th.

"Hearing a boom," said Warner. "Gut feeling was we need to get Mike out."

They both rescued the only person inside, 74 year old Mike Schultz.

"Had we not been out here, he wouldn't be here," said Warner. "I was just helping a friend."

You won't hear Israel and Paul call themselves heroes. They're more focus on helping their friend, the man everyone knows as "Sarge."

He is out of the hospital and in a rehab facility, recovering from burns. His family says he did not have homeowners insurance.

A GoFundMe has been set up to help Schultz.

"Constantly thinking about mike where he's gonna go," said Warner. "House is gone everything is gone and he's got to start over."

Thursday at Station 6 in St. Paul, Firefighters were able to recognize both Paul and Israel.

Both were able to save Sarge and are now focused on helping him move forward.

"I'd like to see him rebuild or something," said Warner. "It just ain't the same without Mike there."