U of M: 3D print electronics on your skin

Researchers at the University of Minnesota have developed a new way to 3D print electronics and cells directly onto the skin. 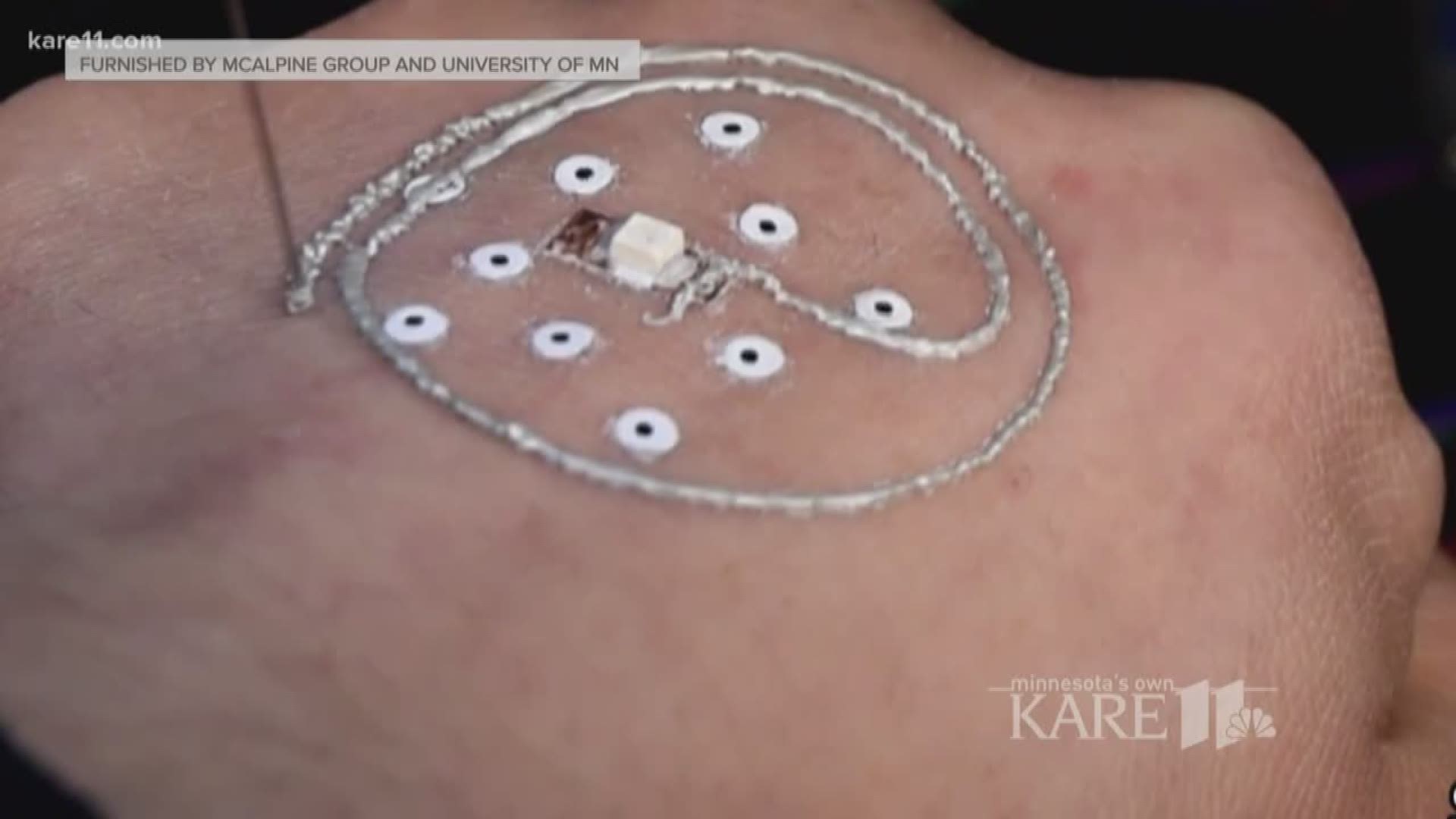 MINNEAPOLIS -- Researchers at the University of Minnesota have developed a new way to 3D print electronics directly onto skin for the first time. The groundbreaking technology could also be used to heal wounds and help people with skin disorders.

"So people have started to explore this concept known as electronic tattoos where they develop electronic tattoos that are sort of like kids' temporary tattoos that can be pasted onto the arm. But no one has used a 3D printer before to directly write electronics on the skin. This is the first time," said Michael McAlpine, UMN associate professor of mechanical engineering.

Researchers used a 3D printer that costs less than $400.

"So you can imagine, for example, a soldier carrying around one of these portable printers in their backpack. They can take it out of the backpack and 3D print a solar panel on their wrist or 3D print a chemical or biological warfare sensor on their arm in the middle of a battlefield without any other electronic device. They can just print electronics directly on their body," McAlpine said.

For every day use, a person could print a smartwatch directly onto his/her wrist or solar cells to charge essential electronics.

To remove the 3D printed electronic device, peel it off with tweezers or wash it off with water.

Unlike other 3D printing inks that need to cure at high temperatures, this ink cures at room temperature so you don't have to heat up your hand in order to make it highly conductive.

"The inks right now, they're made of silver particles. Silver might be toxic to the skin but in the future we're going to develop more bio-friendly inks," McAlpine said.

Researchers were also able to print biological cells directly onto a mouse's skin wound. This could lead to new ways of healing wounds, as well as direct printing of grafts for skin disorders.

"This is something the average person will be able to do at home in just a few years. I mean, yes we're scientists but the technology is simple to use once we've set it up," McAlpine said.

You can read the full research paper, here.