Ovarian cancer, often called the "silent killer," claims the lives of more than 16,000 women each year, due to the fact that it's hard to detect. 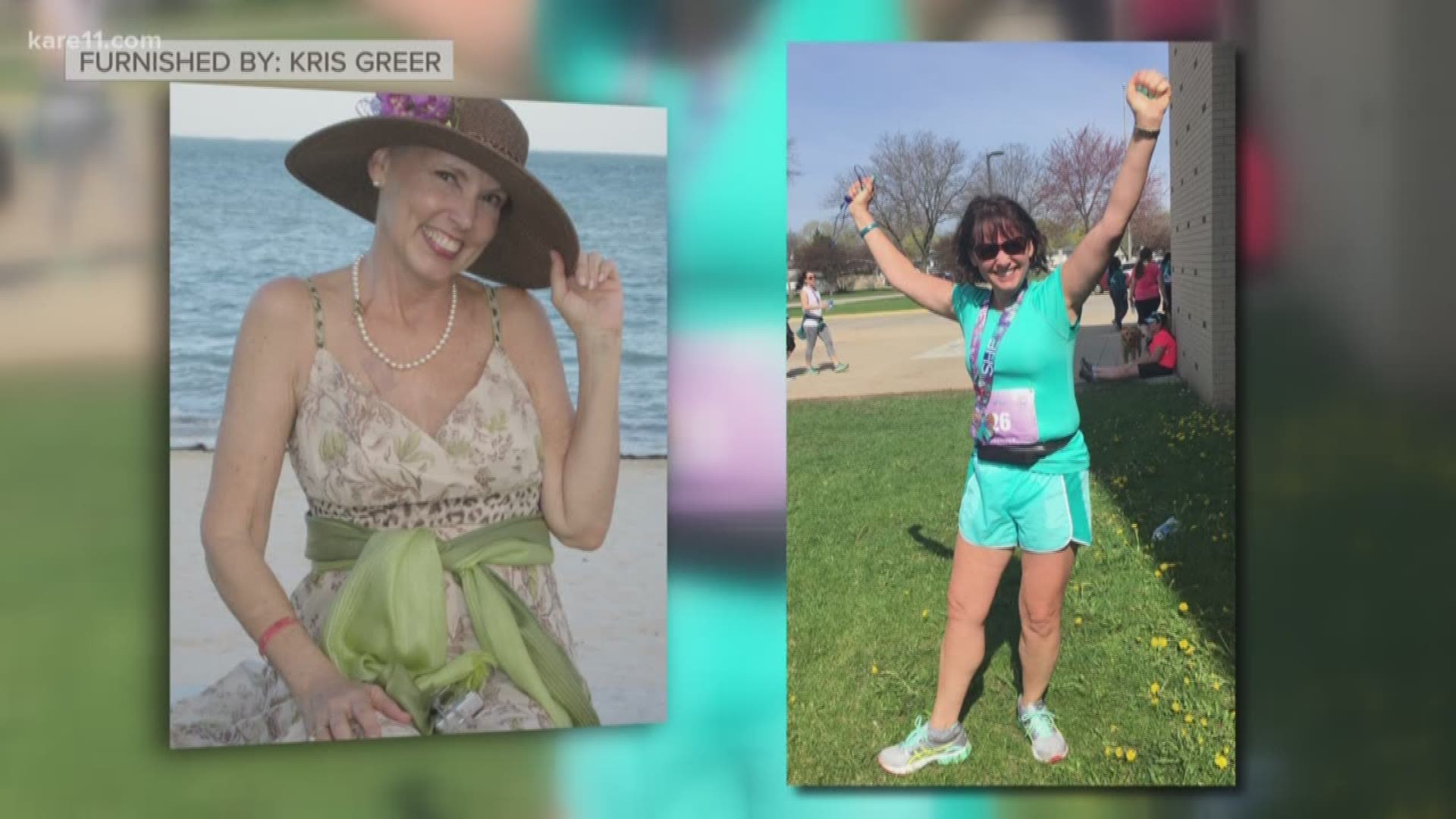 MINNEAPOLIS — Ovarian cancer, often called the "silent killer," claims the lives of more than 16,000 women each year, due to the fact that it's hard to detect.

A new test, being developed by researchers at the University of Minnesota, could change that.

"If we could actually have a test that would detect it early, that's the ultimate goal," said Dr. Amy Skubitz, a researcher in the Department of Laboratory Medicine and Pathology at the University of Minnesota.

Skubitz found five new biomarkers, linked to the disease. When found at elevated levels in a woman's blood, it signals the presence of ovarian cancer.

"We look at the levels of these five markers in the blood of a woman, then we'd be able to say whether or not she has ovarian cancer," Skubitz said.

It could be a game changer for how and when the disease is detected in women. Ovarian cancer can affect women of all ages and the symptoms (which include bloating, feeling tired, or a change in appetite) are vague.

"[They're] symptoms that you can easily dismiss and a doctor can dismiss them as well," said Kris Greer, a stage three ovarian cancer survivor.

Greer was diagnosed in 2001. About five years later, her friend Charlene Postigo was diagnosed with stage three ovarian cancer, too.

Greer is on the board of directors for the Minnesota Ovarian Cancer Alliance, which gave more than $1 million in funding to Dr. Skubitz's research.

Right now, the research is among women in the disease's late stages, but it's a big step on the path toward a blood test, which they hope will become as common as a pap smear.

"Come into the doctor's office, have a blood test taken, you could definitively tell whether a woman had these early stages of ovarian cancer," said Skubitz.

The next step in the research is to refine it for women in the early stages of the disease.

The hope is a test is developed in the next five years.