U of M study shows cancer risk in e-cigarettes

A new study at the U of M suggests e-cigarettes aren't as harmless as you might think. 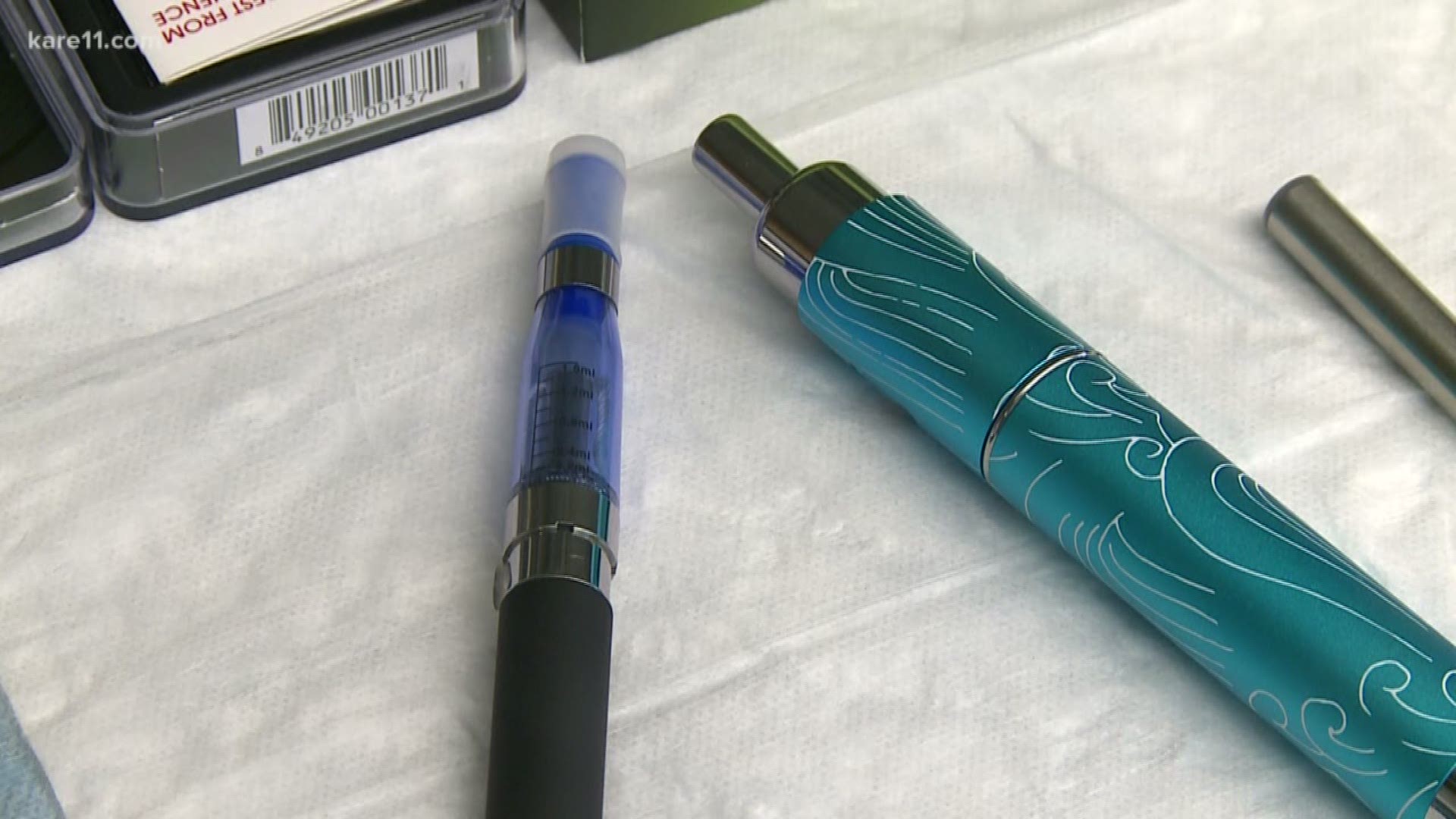 MINNEAPOLIS - A new study from the University of Minnesota suggests e-cigarettes aren't as harmless as you might think.

"It's not as bad as smoking but it's not harmless," research lead Irina Stepanov says.

Stepanov is a professor with the University of Minnesota’s School of Public Health.

She also leads an e-cigarette research project through the university’s Masonic Cancer Center.

Her most recent study, in particular, shows a strong risk for mouth and throat cancer that previous research missed.

"We looked at NNN, N-Nitrosonornicotine, which is a very nasty chemical,” Stepanov says.

NNN is a known cancer-causing chemical found in cigarette smoke.

Until now, researchers didn't think it was a big concern with e-cigarette users, because the nicotine liquid in those e-cigarettes has very little NNN in it.

However, Stepanov and her team looked in a place other researchers hadn't.

"Once we looked in saliva, we found that many e-cigarette users contained NNN in their saliva."

Stepanov says once in the user's body the nicotine liquid metabolizes and becomes NNN.

Her sample of 20 e-cigarette users showed 16 with high levels of NNN in their saliva.

"It can potentially put them at risk for developing oral cancer or esophageal cancer."

Those levels were quite a bit higher, suggesting e-cigarettes are a safer alternative, but contrary to the belief of some, there's still a risk.

"These users without knowing are actually exposing themselves."

Stepanov says the results should be especially concerning for teens and young adults who use e-cigarettes but have never smoked regular cigarettes.

“They might think they’re safe when there is a risk,” Stepanov says.

The research team is now taking this study a step further.

Looking at several types of e-cigarettes and the amount people smoke to see if that affects people's exposure to this dangerous chemical.

And also what kinds of food and other factors might lead to higher levels in a person's body.

"Someday we might find out there are very serious problems with electronic cigarette use."