U of M scientists create genetic blueprint of invasive mussels that have become the scourge of lakes, opening door to future solutions. 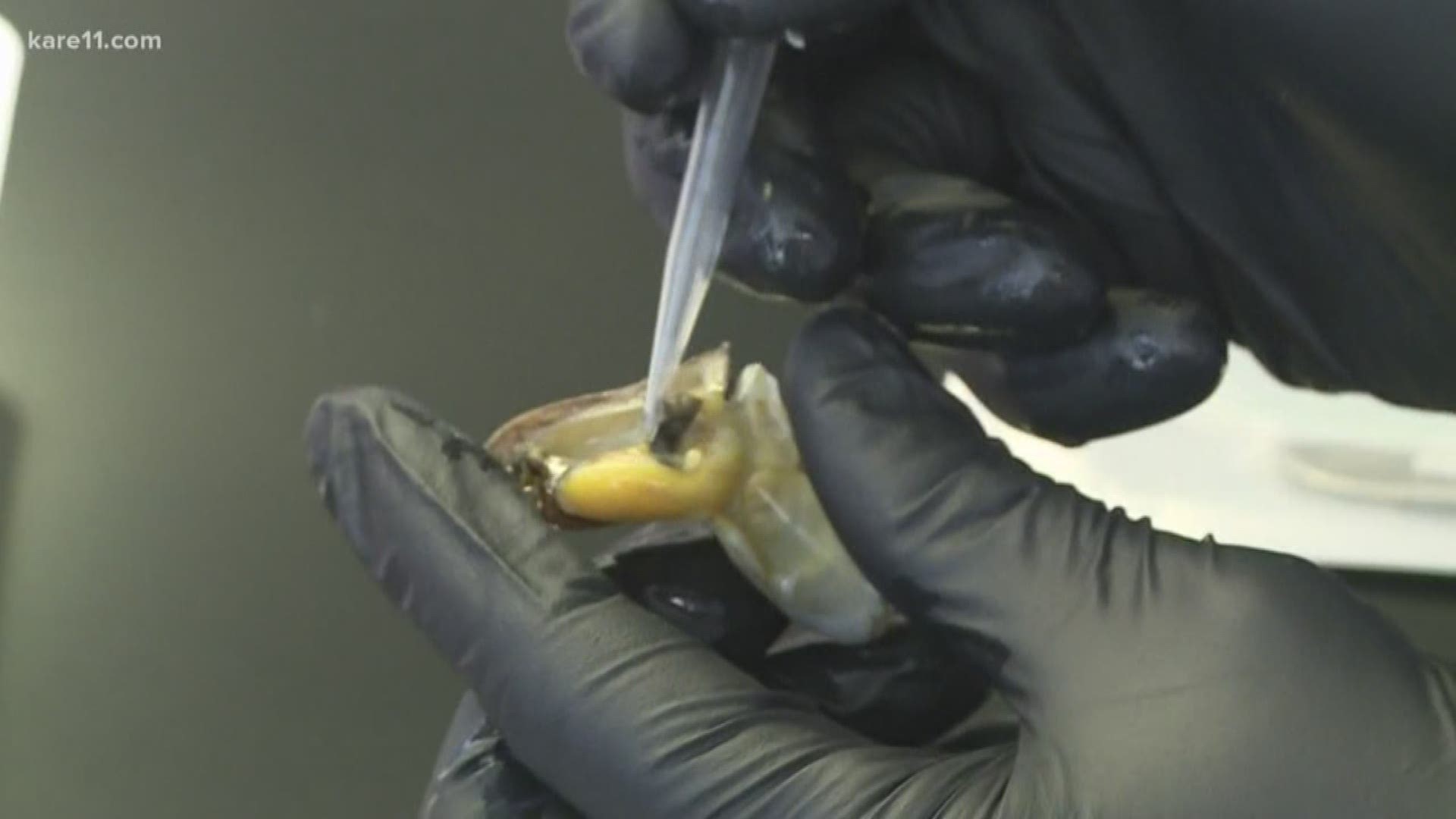 MINNEAPOLIS — Researchers at the University of Minnesota have cracked an important code in the battle against an aggressive invasive aquatic species.

They've mapped the genome of the dreaded zebra mussel, a freshwater mussel that has become the scourge of lakes and other waterways in Minnesota and across the world.

"Essentially it's a blueprint for how to build a zebra mussel," Daryl Gohl of the U of M Genomics Center told KARE.

It's a project that started more than three years ago at the U of M's Aquatic Invasive Species Research Center.  The Genomics Center took up the challenge and employed powerful DNA sequencing machines to accelerate the process.

"We're able to just make these discoveries much quicker and make them in species that weren't really approachable before," Gohl said.

The map for each of the 16 chromosome features lines millions of characters in length, which is why the calculations required the help of the Minnesota Super Computing Institute across campus.

"Once we have that genome in hand, what we can do is compare it to other organisms that have been sequenced, in order look for similarities between that zebra mussel and other things to infer where the genes are and what they’re doing," Gohl explained.

It started on the simplest level: scientists cracked open samples from Lake Superior to look closely at how the creatures make their shells and how they form the fibers they use to grip onto everything.

Researchers grind up that tissue and process it into a material that is loaded onto slides and fed into the DNA sequencers.

"We actually identified all the molecules that are needed to make those attachment fibers."

The ultimate goals is to use this data to find new ways to attack zebra mussels the same way human gene maps are used to design helpful drugs.

That's one of the reasons the U is making the research available free of charge online to other researchers. Much of the funding for the research is from public sources as well, which is another reason for sharing it.

The more futurist application of this new knowledge would be to create zebra mussel mutations that could be introduced into the ecosystem and limit their viability over generations.  But there are more practical ways to put the information to use in the near term.

"We can't create zebra mussel mutations yet, but there are ways of using that genetic information to identify the weak spots, and then also target really precise ways of exploiting those.

"In other words, once you know how to make something it becomes easier to figure out how to break it.