A clinic doctor told police in 2018 that the suspect in Tuesday’s mass shooting had called him and "talked about shooting, blowing things up," a report shows. 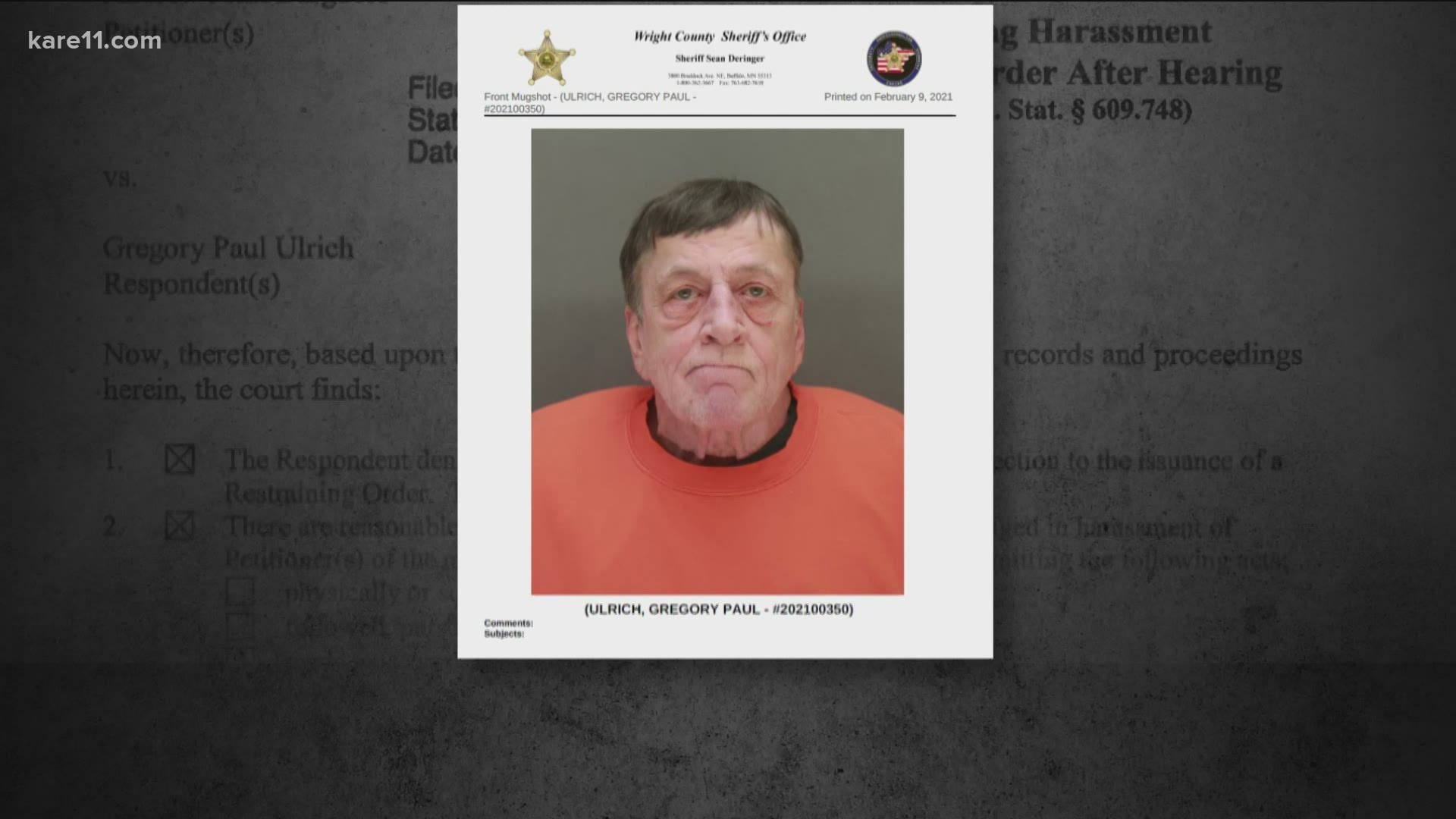 BUFFALO, Minn. — The suspect in Tuesday's mass shooting at an Allina Clinic had dozens of run-ins with local law enforcement since 2006, including a report made by his doctor two years ago warning police that his patient made mass shooting threats against the hospital, records released Wednesday show.

In that case, the doctor called 911 in October 2018 saying that his patient, Gregory Paul Ulrich, 67, called his home several times to confront him about medical care he had provided him two years earlier.

The doctor told Buffalo police that Ulrich was angry at the medical community, and "talked about shooting, blowing things up, and practicing different scenarios of how to get revenge," according to a police report.

“Ulrich stated he wanted it big and sensational so that it makes an impact,” the doctor told police.

The doctor warned police that Ulrich “was a threat to himself and society" and needed to be placed on a medical hold.

Ulrich told an officer who followed-up that he was “telling the doctor about his dreams and that he would not really do anything such as he had talked about,” according to the report.

“Ulrich went on to say that he dreams about revenge to the people that ‘tortured’ him. Ulrich was referring to the back surgeries and medication issues after the surgeries,” the officer wrote in the report.

The month after calling police, the doctor applied for a restraining order against Ulrich, attaching a statement from a nurse describing an alarming incident she had with him a few weeks after the doctor made his report to the police.

The nurse described being at the hospital front desk in late October 2018 where he became upset and began yelling, prompting another worker at the hospital to push a panic alarm.

A judge granted the restraining order. It said that Ulrich's threats had included stating that "killing one individual wouldn't be enough" and that "his intent was to create enough of a sensation to get public recognition that would warrant at least 30 years in jail & possibly a straight jacket."

Buffalo Police arrested Ulrich about two weeks later after security caught him on hospital grounds. He would later plead guilty to violating a restraining order in that case.

A prosecutor dismissed the charge in April 2020 saying Ulrich was “found mentally incompetent to proceed.”

Another clinic in Buffalo, Stellis Health, reported Ulrich to Buffalo Police several times for harassment, including for sending them suspicious letters, according to the reports released Wednesday.

In August 2019, a Buffalo church called police reporting "concerning mailings" sent by Ulrich. The church issued a trespass order to him.

Ulrich was not charged in those incidents.

Buffalo Police Chief Pat Budke declined to comment Wednesday on his department's past interactions with Ulrich.

Ulrich’s former roommate, Raymond Zandstra claims that law enforcement signed off on a permit, and that Ulrich purchased a gun.

"He bought a Smith and Wesson. It was brand new in a box," Zandstra told KARE 11.

The KARE 11 Investigates team still has yet to independently verify the legitimacy of that claim, and it is still unclear if a permit was in fact granted.

During a press conference on Tuesday, Budke said the department had a long history with Ulrich.

"It's a history that spans several years and there certainly is a history of him being unhappy with the health care that he received," Budke said.

Wright County Sheriff Sean Deringer said that Ulrich is "no stranger to law enforcement" and has been involved in multiple calls for service.

KARE 11 6pm and Breaking the News