Union Kitchen gets temporary home for its Hmong cuisine 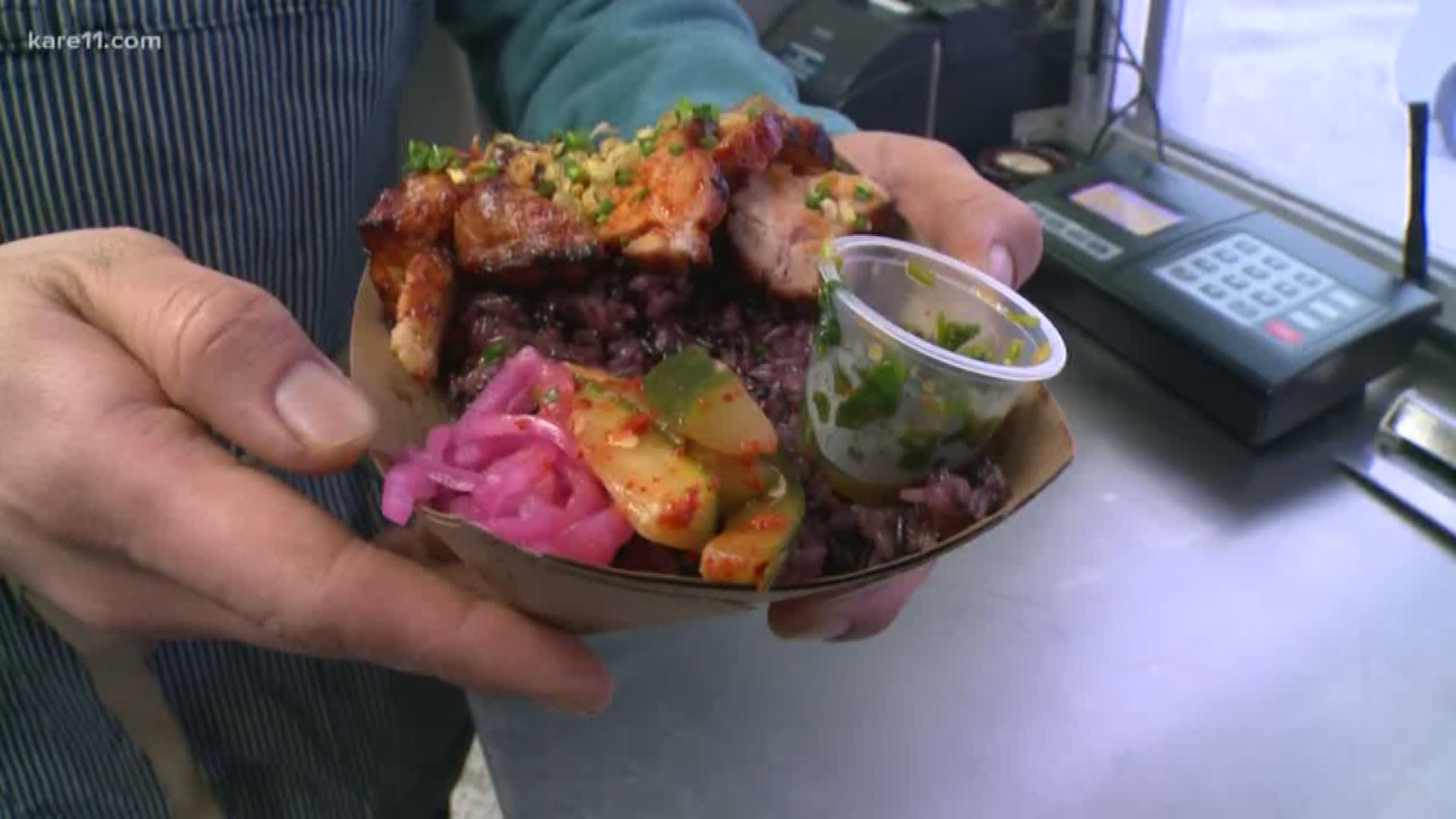 Instead, for several years the Twin Cities company has hosted pop-up dinners at restaurants across the metro area.

Union Kitchen is now bringing its Hmong cuisine to a new location.

Since January, they've been cooking out of a trailer located outside Sociable Cider Werks in northeast Minneapolis.

"We always jokingly tell people that we don't have a brick-and-mortar but now we kind of have what we call a straw mud place," said Yia Vang, co-owner of Union Kitchen.

Vang started Union Kitchen after he grew closer to his parents and kept thinking about the foods he grew up with.

"One of our mottos is you cook from who you are," Vang said.

Vang was born in the Ban Vinai refugee camp in Thailand; his family then came to St. Paul before moving to Wisconsin and eventually back to Minnesota.

Vang runs Union Kitchen with co-owner Chris Her. Her left his office job to work in the restaurant industry and said, "I've just always been cooking since I was little."

The menu includes a MN Hmong Hotdish that speaks to Vang's upbringing. Vang said they go through 50 lbs. of tater tots a week.

"I always get asked, 'Are you Minnesotan? Or are you Hmong? And I always answer, 'Yes. I'm both.' I'm a Hmong boy but you can't take away my double cheesburgers and my fried cheese curds. I'm still a Minnesotan, American kid too," Vang said.

Vang's mother has also become a staple to Union Kitchen. Her hot sauce, known as "Mama Vang's hot sauce," has become famous among customers. She makes them about 30 gallons of it every year.

"We always say that here at Union Kitchen we believe that every dish has a narrative and you follow that dish long enough and close enough, you get to the people behind the dish. And then it's no longer about the food... it's about the people," Vang said.

Vang said they hope to open a brick-and-mortar location in the future but see this residency as the next step towards that goal.

For their hours and more information on their restaurant pop-up events, visit the Union Kitchen MN Facebook page.