The role of organized labor is being recognized at the Great Get-Together. 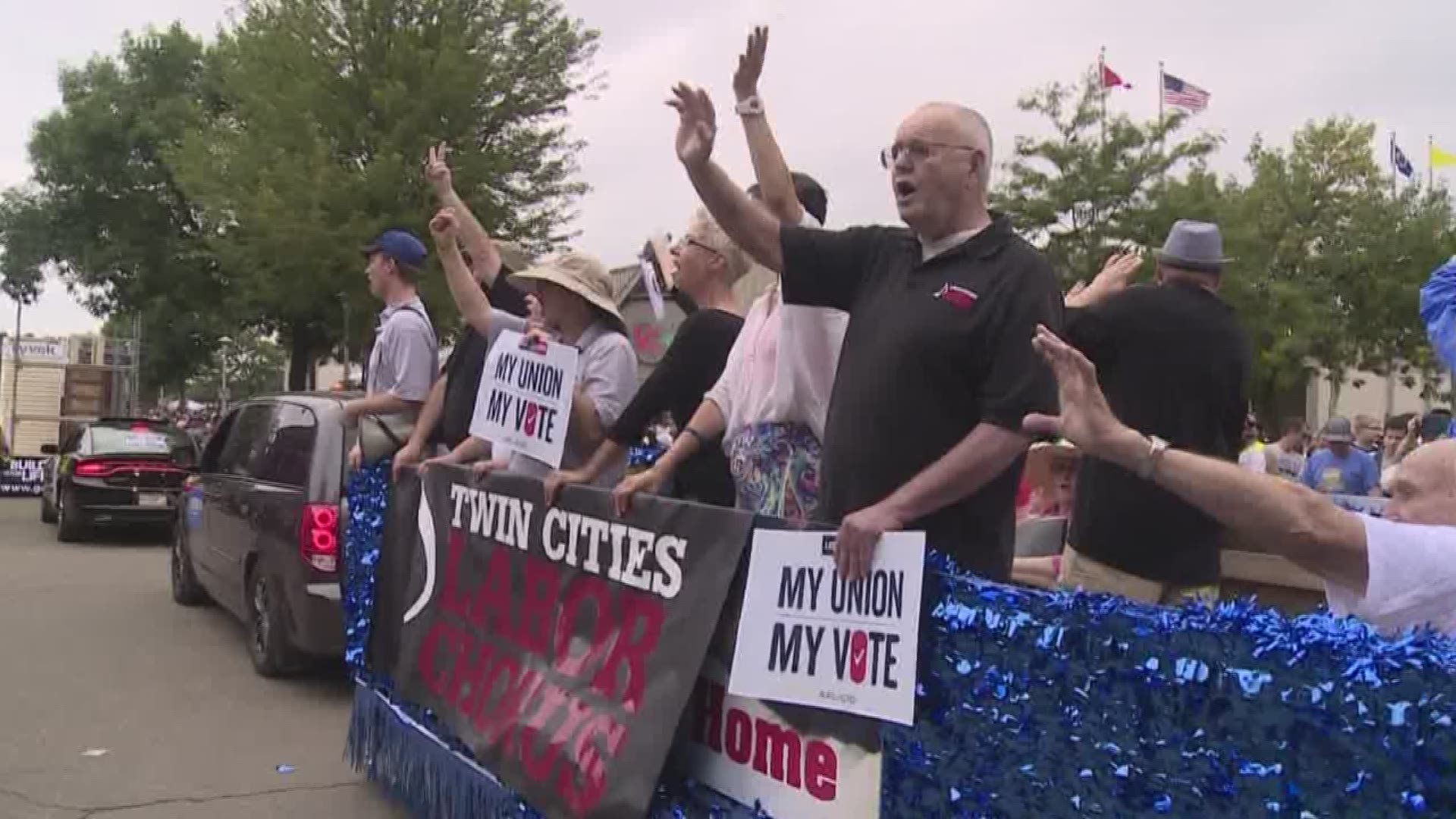 FALCON HEIGHTS, Minn. -- You probably don't want to think about work on a holiday.

But the people who marched Monday at the Minnesota State Fair on Labor Day would like you to at least think about the value of workers, and the contributions of organized labor.

"People out there understand that labor is what helps build Minnesota, help care for our people in hospitals and clinics, and serve the food and everything," Dwight Engen of the Laborers International Union of North America, or LIUNA Minnesota, told KARE.

More than 200 members of his union can be found working on the massive realignment of the I-35W and I-94 interchange south of downtown Minneapolis.

"I would just ask Minnesotans to be patient here, because we’re really building a better future for Minnesota here, and especially in that downtown area we’re going to build something really exciting there."

The daily state fair parade was dedicated to Labor Day, and a chorus of volunteers could be heard singing at the Labor Pavilion throughout the day, staying on message with songs such as "It's Time to Raise the Wage."

The interim director of the choir, Josh Wise, is a member of the American Federation of Unions. The two largest locals of that union represent the musicians in the Minnesota Orchestra and the Saint Paul Chamber Orchestra.

He said the Twin Cities arts scene is so strong, in part, because of the wage levels for unionized musicians here.

"I think there’s a whole new wave of people who are really interested in joining the labor movement," Wise said.

"I talk to people all over the place, and they wish they have what labor had. You know, a contract in writing."

Union membership is a fraction of what it was in the heyday of the labor movement, but in some sectors of the economy, bargaining units are growing.

"Well, it gives us a voice," said Doreen McIntyre, a board member with the Minnesota Nurses Association, who has worked at Children's Hospital in Minneapolis for many years.

On Labor Day she was one of the nurses working the MNA booth at the fair.

"I mean, we get a voice in what our workplace is like. And without that, we’re at the mercy of whatever is decided for us, and someone else is deciding everything."

Phillip Qualy, who has been a union train conductor for decades, said there's no reason to feel down about the strength of unions on Labor Day.

"I find it remarkable that there’s so much media about the stagnation of wages, and yet little conversation about our American right to bargain collectively for better wages," Qualy, a member of the Sheet Metal Air Rail and Transit Union, remarked.

"Everything I have I owe to my union. Unions built the middle class. I look back at my parents, the greatest generation from World War Two, and so many of those households that I grew up being a child around, those households were union households."