This bright white object, believed to be a cloud, has scientists baffled about what might be creating it. 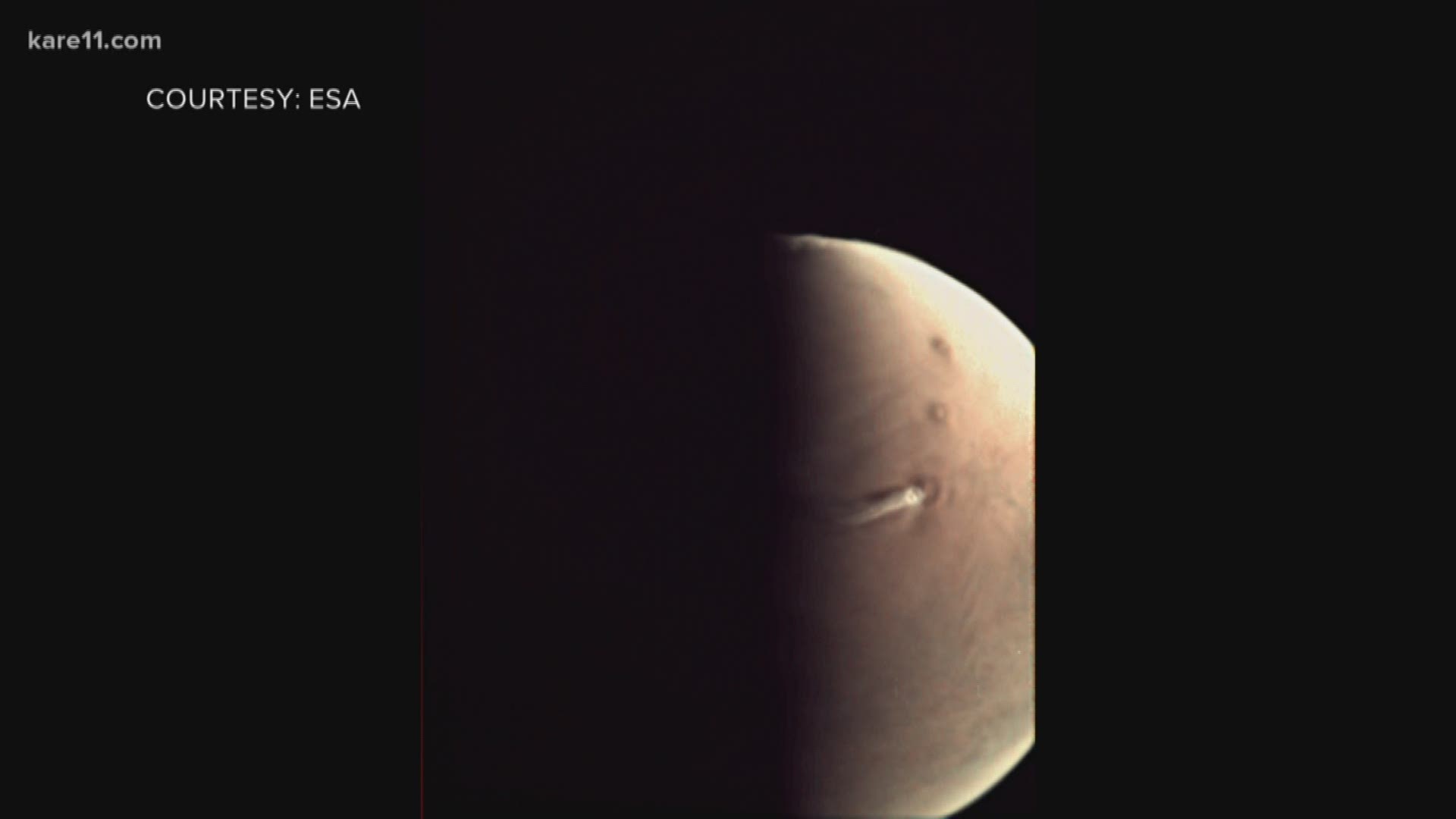 A bright white object spotted on Mars has scientists baffled.

The European Space Agency's (ESA) Mars Express satellite has been tracking what is believed to be a cloud that has formed near a volcano.

The cloud is nearly 900 miles long, and is found near the planet's equator. It is not believed to be a sign of alien life or volcanic activity.

On Earth, when air passes over a mountain, it rises, and as it rises it cools to condense the water vapor in the air. That is what creates a lee cloud.

It's believed this curious cloud is made from water and ice.

The ESA will continue to monitor it and watch it evolve. One thing that this cloud does tell us, is that the atmosphere on Mars might have more moisture than we originally thought - unlocking one more mystery about Mars.