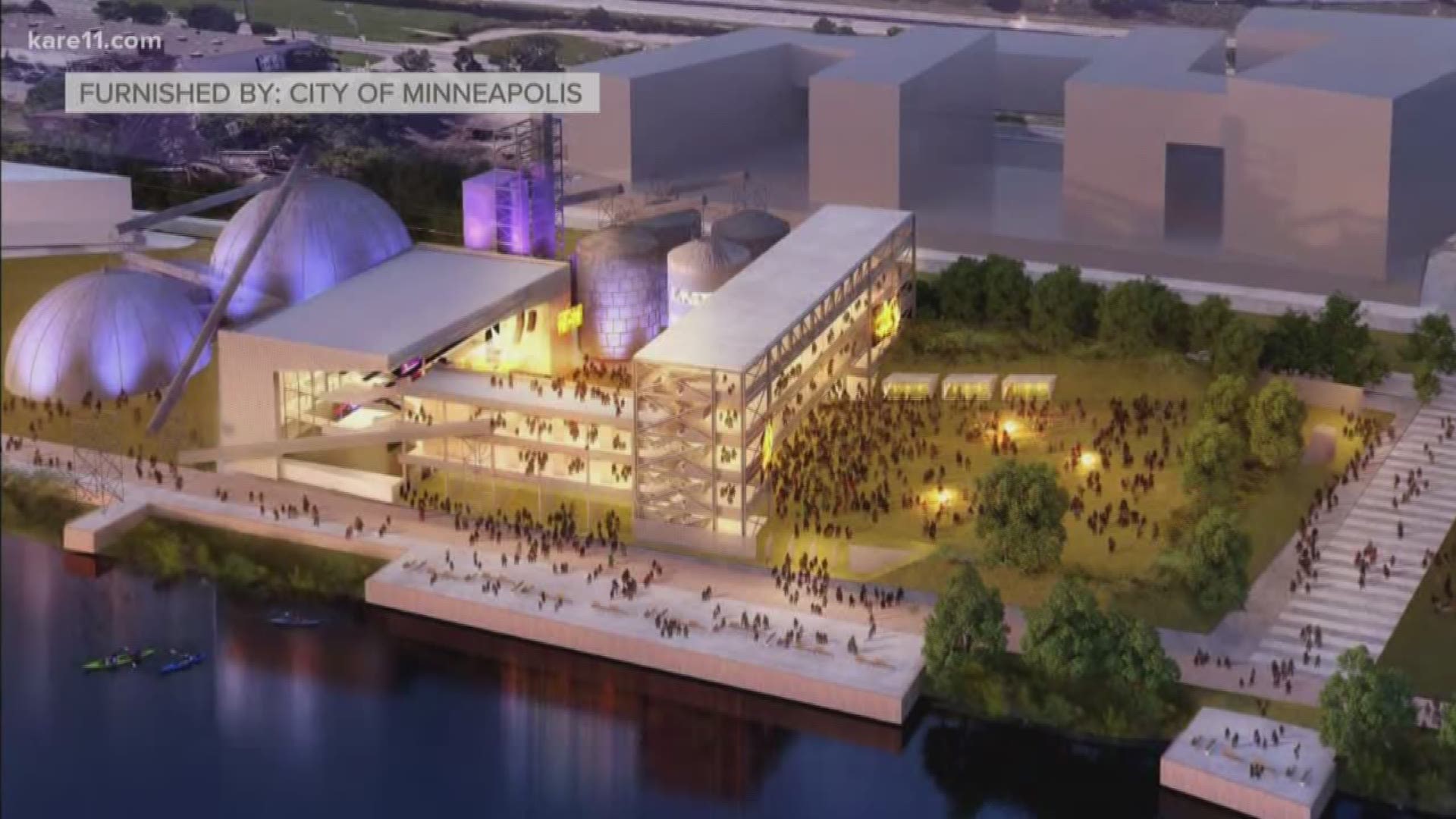 MINNEAPOLIS — The Minneapolis City Council has approved - in concept - a planned development to transform several blocks along the Mississippi River north of downtown.

The Upper Harbor Terminal Concept Plan passed by unanimous vote, despite the presence of protesters who turned their backs on the council after the vote.

We’re not anti-development, we’re anti this development,” said Colleen O’Connor, a program director with the group Friends of the Mississippi River.

The land slated for redevelopment once served a shipping terminal for barges. 48 acres in all, the area would be transformed into hundreds of housing units, stores, and office space - with a possible hotel and an outdoor music venue featuring riverside seating for up to 10,000 people.

“This project has significance for North Minneapolis, a portion of the city that has traditionally has not seen investment that other parts have seen,” Mayor Jacob Frey said.

But opponents argue the development could drive up rents and property taxes, chasing existing northside residents from their homes.

“Development projects make developers rich and push people out to those neighborhoods,” said Emmanuel Ortiz of the group Parks & Power.