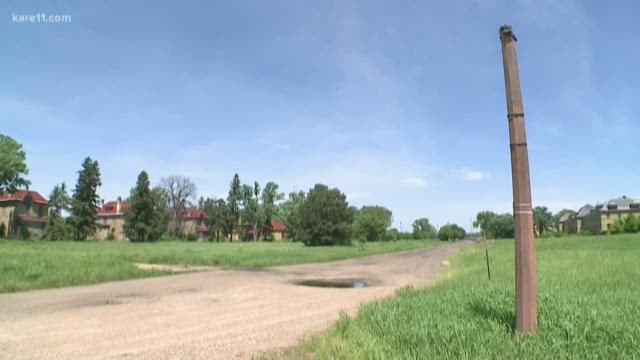 MINNEAPOLIS -- The Upper Post at Fort Snelling is a national historic landmark, one that people can't visit because the buildings aren't considered safe. That may be changing soon.

The plan to restore abandoned barracks and officers' quarters in the Upper Post area at Fort Snelling for use as affordable housing, with a preference for veterans, is much closer to becoming reality. Or it will be, if Gov. Mark Dayton signs the bonding bill lawmakers passed in the closing hours of the 2018 session.

That legislation authorized the state's housing authority to issue revenue bonds to complete the financing puzzle for the $107 million project. The remainder of the money would come from a private developer known as Dominium and federal tax credits targeted to historic preservation and affordable housing.

"This is not only a historic place, but it’s centrally located. It has so much resonance for Minnesota," US Senator Tina Smith told KARE.

"The idea that these buildings could be renovated and used for historic housing for veterans I think is just a great idea."

Smith championed the project during her time as Minnesota's lieutenant governor, and has heard a lot more from veterans about the housing shortage during her time in the Senate.

"The issue of housing and affordable housing on top of health care, on top of other issues veterans have is upper most in our mind, and so I’m excited for this go to go through for them," Sen. Smith explained.

The public-private partnership to revive the area envisions restoring all of the buildings, some of which date back to the 1870s, and creating 176 units of affordable housing. That would include a mix of family and individual apartments.

That part of Fort Snelling was decommissioned after World War II, and the Upper Post area is controlled now by the Dept. of Natural Resources. The buildings languished for decades, which is why they were declared one of the top ten most endangered historic sites by the National Trust for Historic Preservation.

The Upper Post played a pivotal role as an induction center for soldiers in both World Wars, and in the 1880s was also home to the 25th Infantry Regiment, popularly known as the Buffalo Soldiers. During World War II the Fort hosted the Military Intelligence Service Language School, which trained Japanese American soldiers as linguists and translators for the war effort.

In recent years some of the buildings were re-roofed, to preserve them, with labor crews from Hennepin County's Sentencing to Service program. Other parts of the old post, including the former horse stables, have recently been renovated for housing for homeless veterans.