'Vaccine passports': The hurdles around proving you've had the COVID vaccine

A UMN bioethicist weighs in on the challenges, "In principal, I support the idea. In actuality, it’s a little more complex." 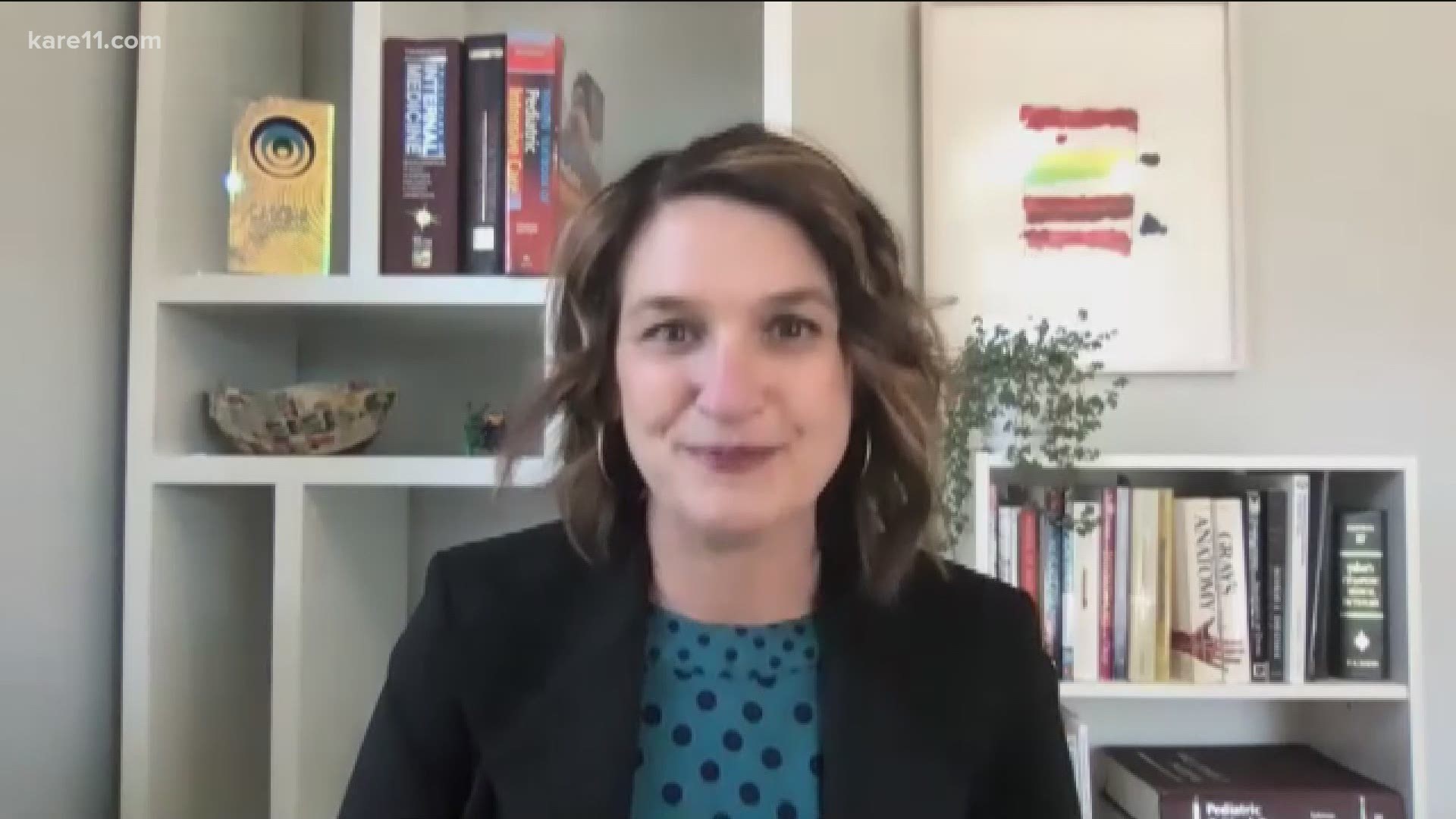 On Monday, the Biden administration said it is working on creating a set of standards for "vaccine passport" systems, which people could use to prove they've been vaccinated. Press Secretary Jen Psaki added that there will be no "centralized, universal federal vaccinations database" or federal mandate for a vaccine credential.

Several companies are working on digital vaccine passports, including IBM. It's called a "health pass" and it includes a digital QR code, which is a two-dimensional version of a barcode that would be scanned before entering a location like a concert or restaurant.

According to the Associated Press, people in New York have already started using similar technology. State officials there developed the Excelsior Pass app, which New Yorkers can use to prove they've received the vaccine or tested negative for COVID-19. That app will be accepted by big venues like Madison Square Garden.

But there's no telling whether you might need an app in the future for every venue you visit.

"In principal, I support the idea; in actuality, it's a little more complex," said University of Minnesota Bioethics Associate Professor Jennifer Needle.

Besides technical challenges, the real hurdle may be culture - especially for people Needle said live in what's called a "digital desert".

"There's no doubt that requiring people to demonstrate proof of vaccination to receive services will exasperate pre-existing inequality," said Needle.

People might also balk at or refuse to get a vaccine just to do the normal things we used to.

"We're going to have to come up with some creative solutions to allow people to either be exempt or to have alternatives to a single solitary method by which people can prove they've been vaccinated," said Needle.

There are also concerns about who controls your health data and what can they do with it. In IBM's case, it says it uses block chain technology to keep your medical information private.

"People need to be well educated on the safety of their private health information," said Needle.

Still, Mayo Clinic is working with a group to develop a standard model of a digital record of vaccination proof. It would be especially helpful for international travel to ensure, for example, the tests and vaccines that work in the States would count somewhere else too.