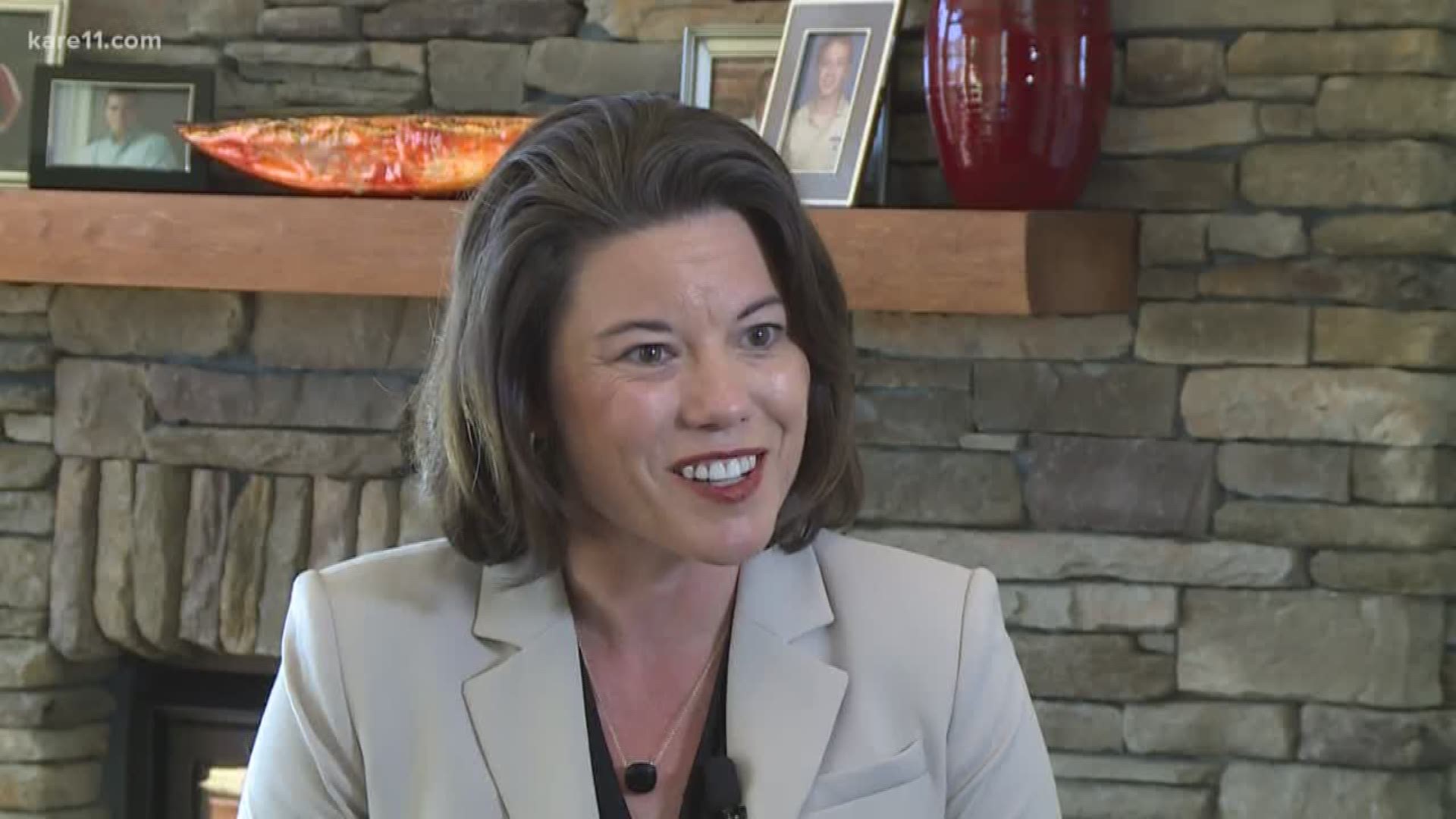 Craig is challenging incumbent Congressman Jason Lewis in Minnesota's 2nd District, in a rematch of the 2016 election. The 30-second spot employs a guilt-by-association strategy, but the can't be verified.

It's misleading on many counts.

"Making millions in ill-gotten gains, that’s Angie Craig," the ad by the National Republican Congressional Committee proclaims. "Her companies have had a long history of lawsuits and a culture of corruption."

The companies aren't named in the ad, but the fine print refers to fines and lawsuits involving two giants in the medical technology industry - Smith & Nephew and St. Jude Medical, a Fortune 500 company from Minnesota that's now a subsidiary of Abbott Laboratories.

Craig worked for St. Jude from 2005 to 2015 in human resources and corporate communications. Prior to that, she worked in communications and investor relations at Smith & Nephew in Tennessee.

He said the types of legal issues cited in the NRCC ad are common for companies as large as St. Jude and Smith & Nephew, which is based in the United Kingdom.

"Companies that have billions in sales, thousands of employees and work in dozens of countries are going to run into law and regulations," Vaaler explained.

"That's true especially in the medical technology field where we have a number of regulations around safety of products and their appropriate pricing and use."

He said globally many of those med tech companies' customers are government health agencies, so there will be friction at times with foreign governments and regulators. And governments have also enacted stricter rules throughout the years involving how medical devices are marketed through physicians.

The second misleading aspect of the NRCC ad is that it blurs Craig's role in the companies.

The ad would cause the average viewer to believe Craig was directly involved in the actions that sparked the lawsuits and fines, when in fact there's no evidence to support that.

Craig wasn't named in these lawsuits. And she never worked in sales of those devices.

"Her position as a human resources and corporate communications officer probably puts her substantially away from any kind of strategic decision making that would have to do with any of the things that would’ve gotten these companies in trouble," Vaaler remarked.

The ad shows video of Craig as the narrator says, "Falsifying sales and financial statements to defraud investors" while the fine print cites a 2005 lawsuit.

What viewers aren't told is that Craig had just arrived at St. Jude in 2005 and was never involved in accounting or sales.

The ad narrator also states, “Discriminating against minorities in the hiring process.” It cites a 2012 class action lawsuit against Smith & Nephew.

The lawsuit did happen in Tennessee. Smith & Nephew settled it for $3.5 million plus legal costs, without admitting wrongdoing.

But that case can't logically be tied to Craig. She was not involved in the hiring process at Smith & Nephew.

The company did agree to pay $22 million in fines to the Securities and Exchange Commission in 2012, based on an alleged bribery scheme in Greece dating back to 1997.

But again, Angie Craig wasn't involved in sales or marketing of medical devices in Greece or any other place. That lack of context makes the claim misleading.