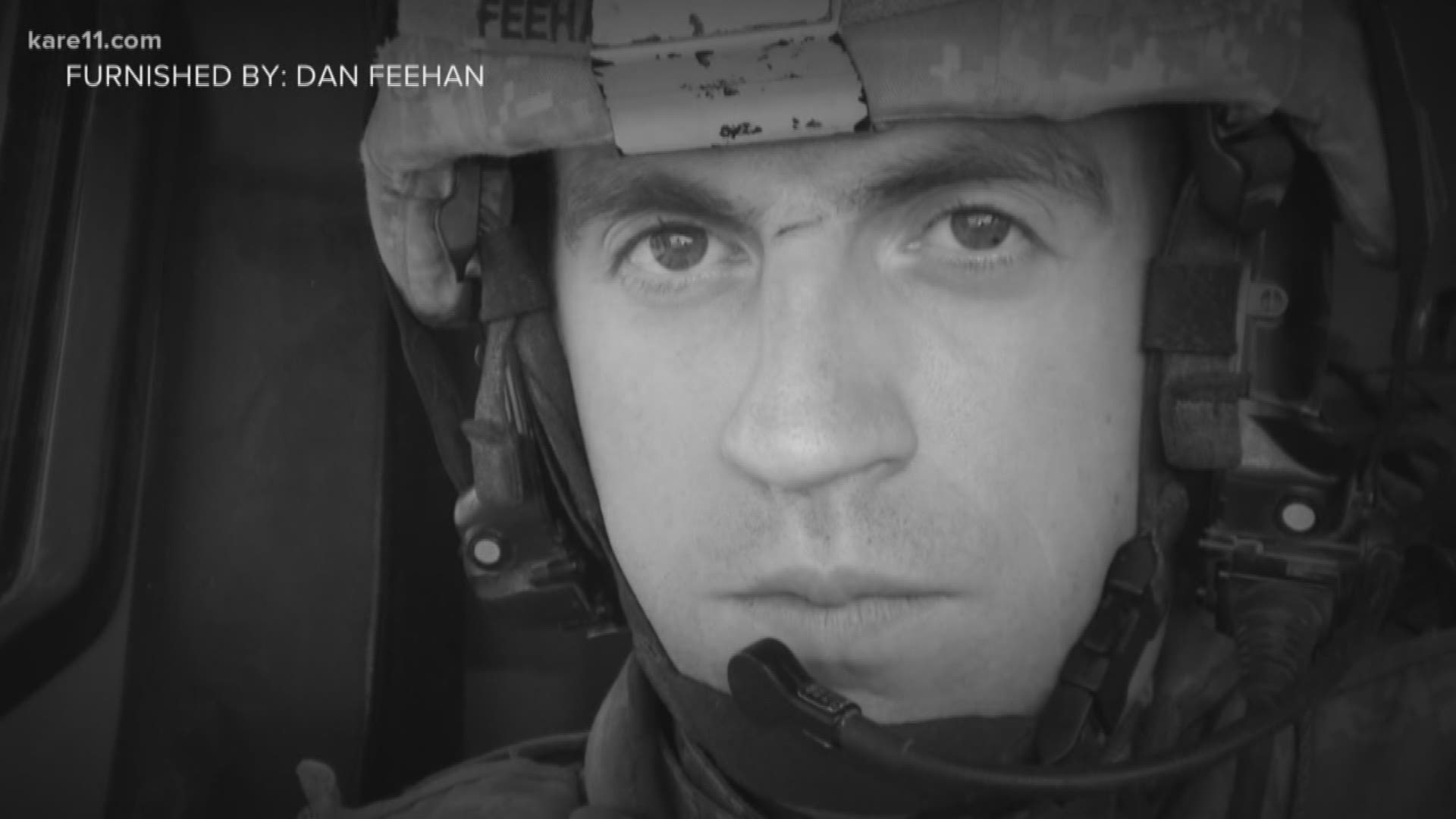 MINNEAPOLIS -- Dan Feehan served two tours of combat duty in Iraq, fighting insurgents who were funded in part by Iran.

So, the Democrat running for Congress in Minnesota's 1st District never expected to be accused of supporting Iranian terrorism. But that's exactly what an attack ad from the National Republican Campaign Committee does.

"It’s nothing short of Swift-boating in my view, because I wear a bracelet on my wrist of a friend that died in Iraq, he died at the hand of an Iranian provided weapon," Feehan told KARE.

"Iranians have tried to kill me during my time in Iraq, so to take my record of service and to twist it in the most cynical way possible shows you how desperate people are in politics today."

The ad is based on the Iran nuclear treat that was signed during the time Feehan served as an acting assistant secretary of defense.

Over the course of several years, President Obama and Secretary of State John Kerry negotiated a multi-national pact with Iran, an effort to block that nation from developing nuclear weapons. In return, Iran would be allowed to gain access to up to $150 billion of its own money that was frozen in banks around the world.

That deal was harshly criticized by then-candidate Donald Trump and Republicans in Congress.

President Trump announced last May the US is pulling out of that joint agreement. His rhetoric has created the false impression that the US was giving $150 billion to Iran, but that was not the case.

The actual amount Iran stood to receive, after paying back loans, was closer to $55 billion. But again, it was Iran's money. It wasn't a payment from the United States.

Just the same, the ad misleads the average viewer that Feehan supported giving Iran up to $150 billion, which would in turn be funneled to terrorists.

Iran clearly has funded terrorism in the Middle East and elsewhere. But it's quite a jump to equate the Obama administration's Iran nuclear deal with support of terrorism.

"If you’re asking me if I want Iran to have a nuclear weapon, the answer to that would be no," Feehan explained. "And I think that should be the same answer everyone in the country should give."

The ad also uses video clips of a panel discussion from Feehan's days at the Pentagon, in which he can be heard saying he told the Army and Marines to "stop complaining."

Feehan was making a larger point about his belief was that the Air Force had the greatest need of all the military branches for a boost in readiness funding. He acknowledged all the branches were seeking more funding, but the need was more acute in the Air Force after being at war for 15 years.

The ad creates the false impression that Feehan rejected the needs of US soldiers, while at the same time supporting Iranian terrorism. On that count it's very misleading.

And at no point does the ad mention Feehan served in the military or fought on the ground in Iraq.