A viral meme says North Carolina banned Sharia law and made practicing it a criminal offense. The only problem: It's false. 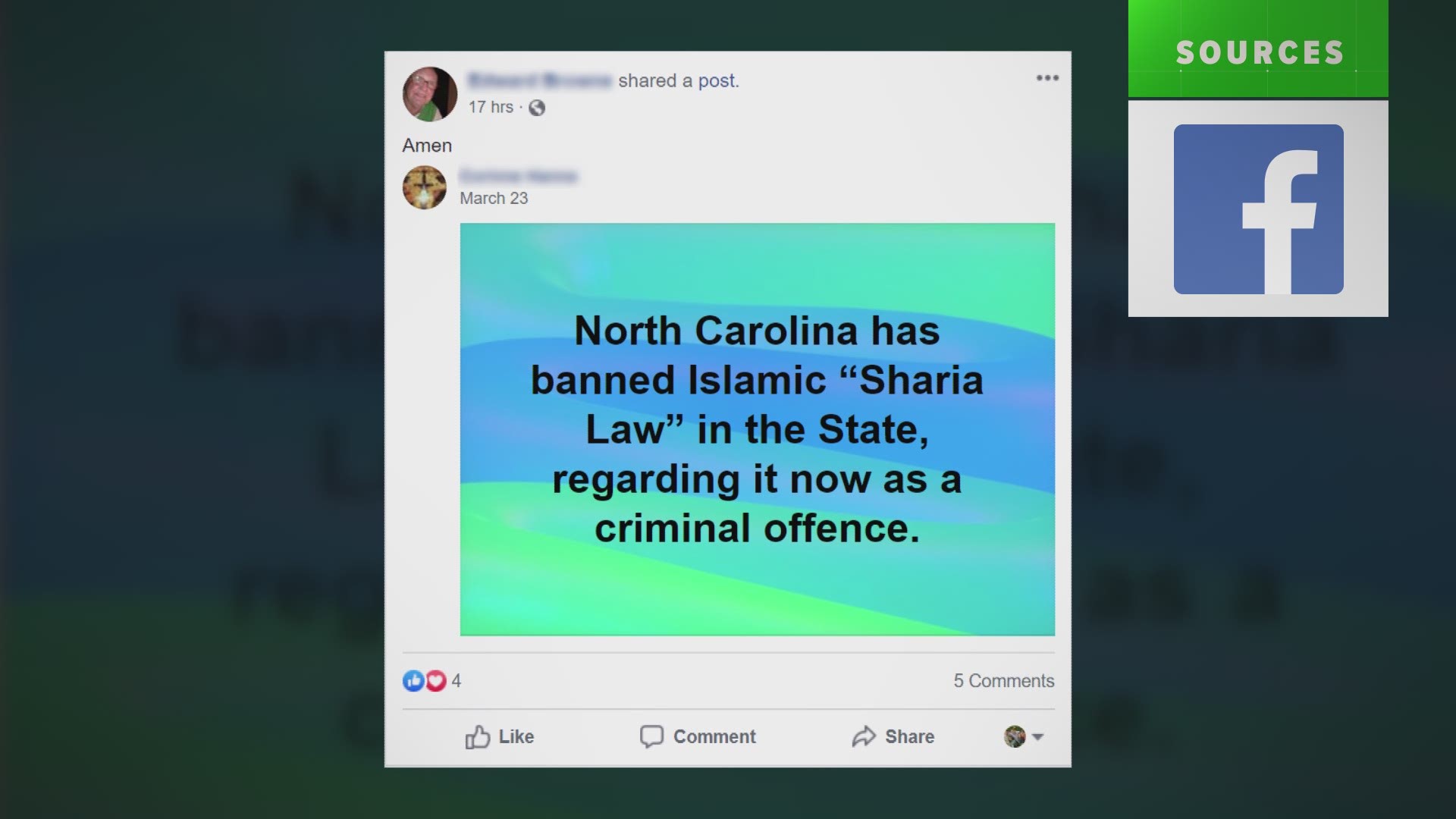 According to a viral Facebook post that's been shared more than 145,000 times, North Carolina has banned Sharia Law and declared it a criminal offense.

But, that's not the case.

Is that really the case? Did North Carolina ban Sharia law and make practicing it a criminal offense?

In 2013, North Carolina passed a law that made it illegal for courts to weigh “foreign laws” in their rulings or to consider them in their judgments.

But Sharia law, like any other religious belief or practice, has not been outright banned in the state.

People can practice and follow tenants of Sharia law as long as doing so does not break any other laws.

First of all, there has been no legislation passed in North Carolina this year regarding Sharia Law or any other foreign laws.

There is, however, a law from 2013 which bans state courts from applying “foreign law.”

The ban doesn’t make it illegal for individuals to personally practice any such law. Instead, it bars state courts and agencies from applying foreign law in divorce, child custody and family law disputes.

Nowhere in the law does it explicitly mention Sharia Law, either, although “foreign law” would include Sharia Law and other religious and foreign laws.

As long as they don’t break any existing laws in doing so, a person could theoretically practice Sharia Law in North Carolina outside of the courts.

Therefore, this claim is FALSE.