VERIFY: What we know about the Valleyfair evacuation

KARE 11 has received numerous questions about what led to the evacuation of Valleyfair during the Saturday night ValleyScare festivities. Shakopee police are working to separate fact from fiction. 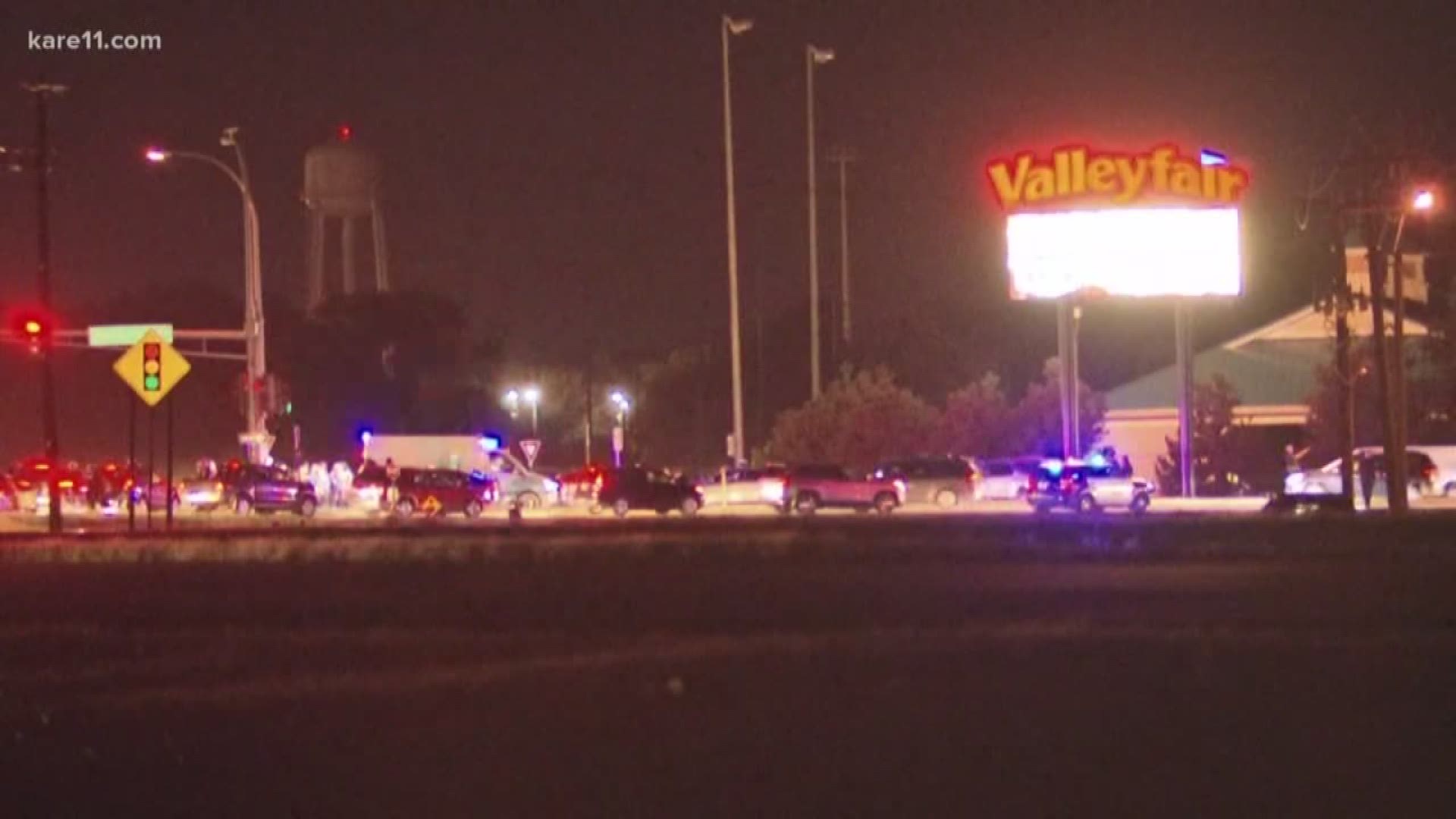 SHAKOPEE, Minn. - An evacuation at Valleyfair on Saturday night led to confusion, concern and many questions among guests and KARE 11 viewers.

Common questions included whether weapons made their way into the park and played a role in the evacuation. There were also numerous questions about whether gangs were involved.

First, here's what Shakopee Police are saying about the decision and what led to it:

"Late (Saturday) night, officers from Shakopee Police assigned to Valleyfair responded to reports of multiple fights. The number of individuals running throughout the park increased substantially and was difficult to control. Due to the large number of altercations, it was decided to clear the park of all guests. Officers from Shakopee and surrounding communities ushered out all guests from the park.

"We can report that three individuals were cited for minor offenses."

Despite the statement, questions continued to pour into KARE 11, Shakopee Police and Valleyfair offices in the following days.

Many of the questions stemmed from a series of unsubstantiated claims detailed in a blog post (and later shared on Facebook). The blogger, citing anonymous witnesses, alleged that the violence was prompted by "Somali gangs" and later referred to the incident as a "Somali Riot."

The Shakopee Police Department responded directly to those claims on its Facebook page, stating, "No it wasn’t a Somalian riot". The department went on to say, "We had no evidence whatsoever that there was any specific gang affiliation with this incident."

KARE 11 reached out to several people who were at Valleyfair during the evacuation on Saturday. None of them reported seeing anything resembling gang activity or riots.

"We didn't even realize anything had happened until the lights in the park came on," said Michael Marshall, who was at the park with Kerry Dikken and captured cell phone video of the evacuation and one person being taken away by police. "I didn't see any gang-type activity at all."

A Valleyfair spokesperson told KARE 11 that they have no knowledge of a knife making it into the park, and reminded the public that they have security screening in place at the entrance to ensure everyone remains safe. They also issued the following statement:

"Safety is our top priority. We are continuously monitoring and re-evaluating our operations to make whatever adjustments are appropriate. In addition, we will continue the strong partnership with local law enforcement agencies to provide a safe and hospitable environment for our guests and associates. As referenced in Valleyfair’s park policies and guidelines, Valleyfair does not tolerate guests who fight and/or harass other guests while on our property. People who engage this behavior are subject to being ejected and potentially banned from the park, and may be subject to arrest by local police."

The Valleyfair spokesperson said they cannot comment on specifics of any security adjustments that are being made. Marshall and Dikken say they still feel safe going to the park and will continue to, though they are relieved to hear some upgrades might be made.

"That night, it just seemed like they were pushing everyone through to get everyone in as fast as they could," Dikken said.

"They should definitely take the responsibility to make sure they have enough security staff on hand," Marshall said. "Just for everybody's safety."