The three officers were originally to share a joint trial with Derek Chauvin, but the court split their trial from Chauvin’s to maintain COVID-19 precautions. 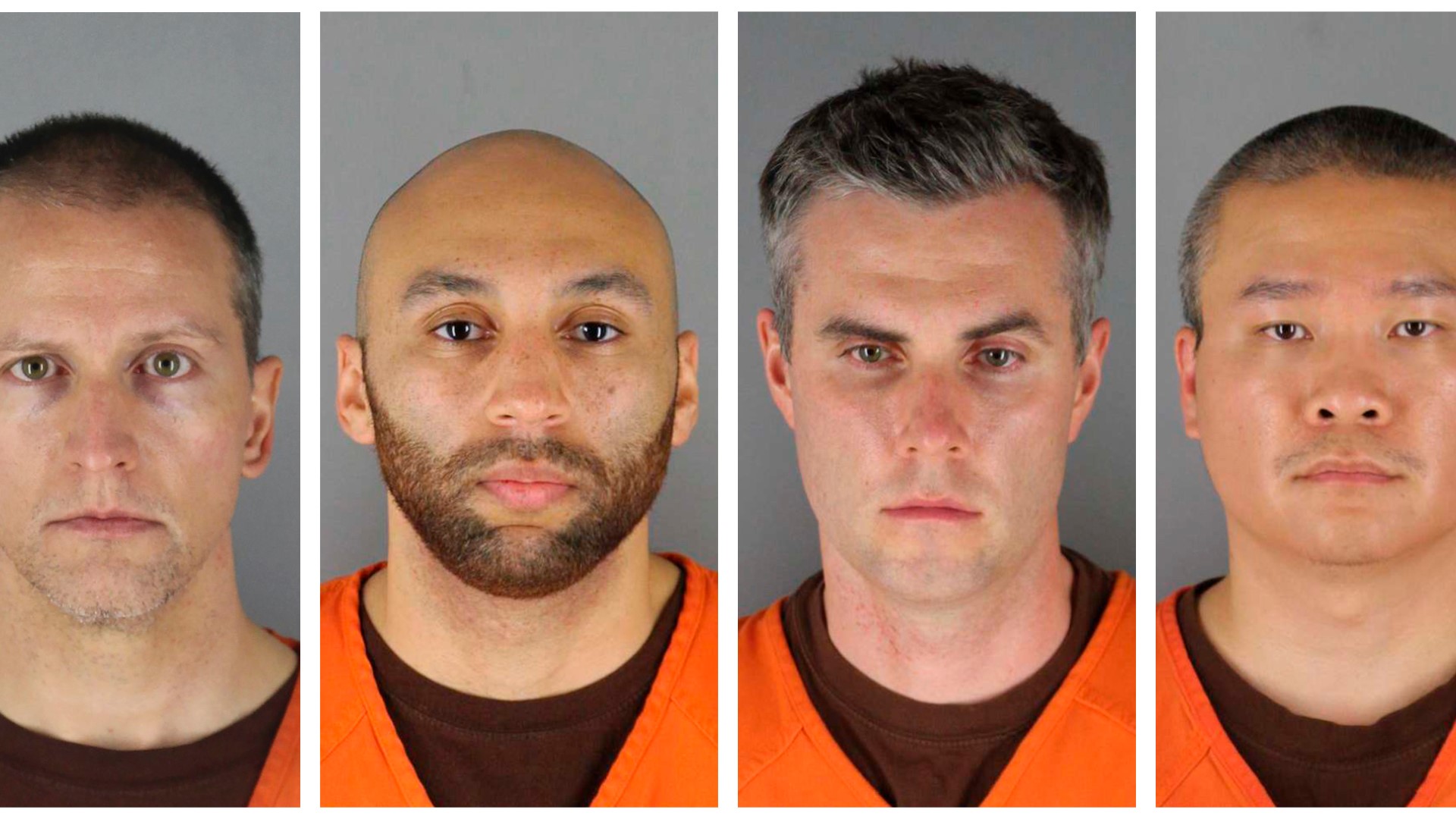 As Derek Chauvin’s trial for the 2020 death of George Floyd moves from the prosecution’s arguments to the defense’s, some are beginning to look beyond the former Minneapolis police officer’s trial and toward potential trials for his three colleagues present when Floyd died.

One social media user asked: “If Derek Chauvin is found guilty, shouldn't the other officers involved be brought to trial as well?”

The post is referring to Tou Thao, Thomas Kiernan Lane and Alexander Kueng, the three officers who responded with Chauvin to the call that ended in Floyd’s death. All three officers, along with Chauvin, have since been fired from the police department.

Are other officers facing charges for George Floyd’s death?

Yes. All three face charges of aiding and abetting Chauvin on two of his charges. They are currently scheduled to face trial in August after the judge split their trial from Chauvin’s to follow COVID-19 safety protocols.

Thao, Lane and Kueng were at one point supposed to be put on trial jointly with Chauvin, according to a November court order. The court then decided in January to once again separate Chauvin’s trial from the other three officers’ trial in the interest of COVID-19 safety protocols. Their trial is scheduled for August.

The court changed their decision because additional legal counsel joining the defense made it so there were too many people in the joint trial to maintain social distancing protocols in the courtroom.

“The sentencing guidelines in Minnesota don't make any difference between sentencing possibilities for being the principal, or for being what we call the accomplice: the person who aids and abets,” said Rachel Moran, a professor at St. Thomas School of Law in Minneapolis.

Essentially, they’re facing the same potential punishments as Chauvin, minus the one charge Chauvin faces of third-degree murder.

The state is also attempting to add a third-degree murder charge against all three former officers through a  hearing at the Minnesota Court of Appeals scheduled for May 20, according to the Minnesota Attorney General’s Office.

Given that their charges are for aiding Chauvin in what he’s been charged for, that raises another question: would the other officers still face trial if Chauvin is acquitted?

A spokesperson for the Minnesota Attorney General’s Office told VERIFY that the charges for the other officers do not automatically drop if Chauvin is acquitted. Still, the spokesperson didn’t answer whether the state would still choose to charge them in such a scenario.

“The state can still go forward and charge people for aiding and abetting, even if Derek Chauvin were acquitted of those exact same charges,” Moran said. “Practically speaking, I don't know that they would.”

It’s likely that the three other officers won’t appear before the court until their August trial date. Chauvin’s attorney, Eric Nelson, told the court during the jury selection period that he confirmed with each of the three officers’ attorneys “that they are not permitting their clients to testify in this trial.”

More from VERIFY: The Derek Chauvin trial jury is only partially sequestered until deliberation