VERIFY: Do you have to wash recyclables?

Viewers asked whether it's true that plastic containers and glass bottles can't be recycled if they're not cleaned. In other words, do recycling centers reject dirty containers? A separate recycling-related question: why can't we put plastic bags in curbside recycling bins? 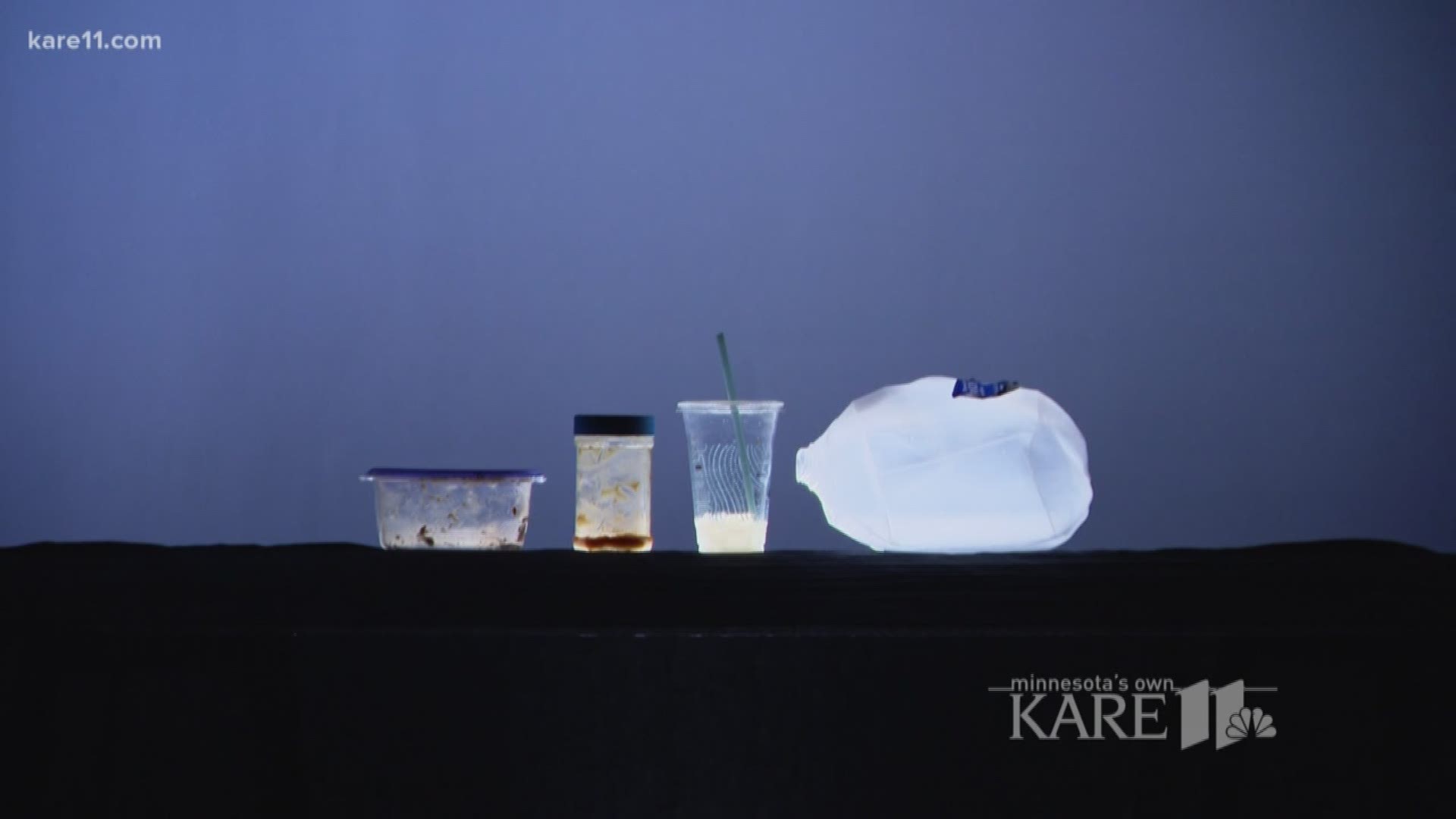 MINNEAPOLIS -- Your recyclable plastic containers end at places like Eureka Recycling, compacted into giant bales that are then sent away to be turned into other products.

But are all of those recyclables in shape to be transformed? Viewers asked us to verify a common notion: that those containers can't be recycled unless they're spotless.

It's easy to understand why people are under that impression. City recycling directors used to refer to one bad item "contaminating" an entire bin of plastic bottles. And a lot of people scrub the inside of a peanut butter jar with soap and hot water before placing it in the curbside recycling bin, out of fear it's somehow unacceptable if there's any residue left in it.

Eureka's Chris Goodwin told us that notion is outdated.

"The whole issue around washing and rinsing recyclables doesn't have anything to do with whether or not that material can actually recycled in a new product or not," Goodwin remarked.

He said recycling contractors appreciate it when people rinse items, because food can decay and create odor problems in curbside bins, collection trucks and the sorting centers.

"We ask people to give it a quick rinse, just for their own benefit, and the benefit of the people who have to touch it. But it doesn't affect its recyclability," Goodwin said.

So this notion is not verified. The idea that recyclables will be rejected if they're dirty is FALSE.

Viewers asked if plastic bags are really recyclable, why can't you put them in your curbside recycling bin?

We can verify that plastic bags are recycled -- 1.2 billion pounds of plastic bags and plastic are recovered through recycling each year according to the bag industry.

But it requires its own supply stream -- it can't be mixed with other unsorted recyclables.

"The reason for that is because film plastic has to stay really clean in order to be recycled," Eureka's Goodwin explained.

"If it's wet or dirty at all, what ends up happening once it gets baled is it's musty. It loses the ability to be recycled."

That's the reason the plastics industry pays grocery stores to set up collection bins, normally located near the entrance to stores. You can drop off you plastic bags, free of charge, no questions asked.

The bags stay clean and go on to places that specialize in plastic film recycling.

Unfortunately a lot of us haven't gotten the word yet. So those plastic bags ends up in the sorting stream at places like Eureka, where it gums up the works -- literally.

"And a person -- a human being with a box cutter -- we shut the facility down twice a day for two hours and they climb into the machine and cut all that plastic out of the gears," Goodwin said.

"And that plastic we pull out of there is just filthy, shredded plastic that can't be recycled."