VERIFY: Reports of iPhones going down if not updated soon are misleading. This only affects the iPhone 5

Some iPhone users are being alerted that they have until Sunday to update their phone software or lose access to email, web browsing and more. 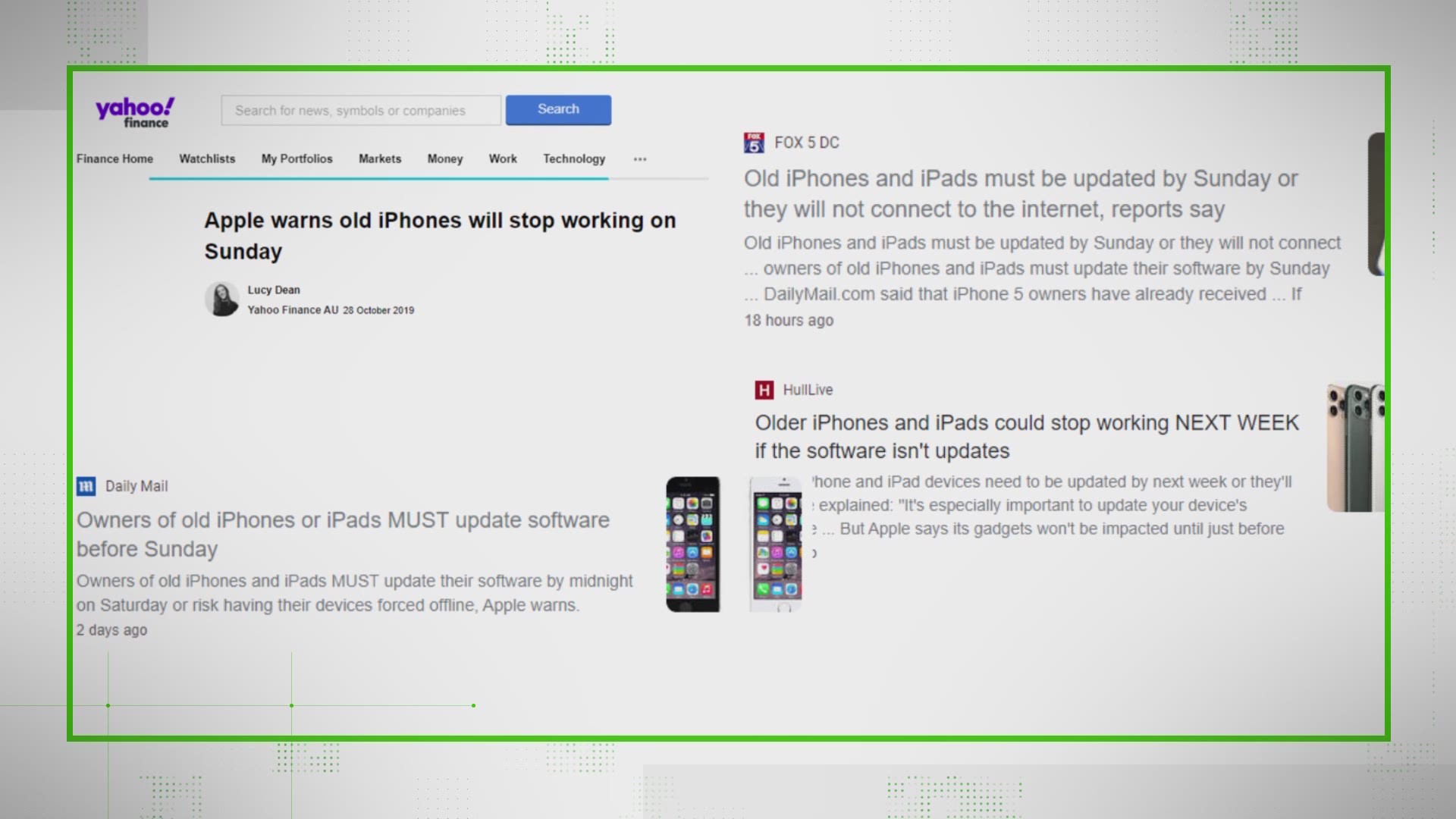 You may have seen some headlines that say older iPhones need to be updated by Sunday, or users risk that the devices will stop working.

This is true, but the claim is also misleading.

That is because it only applies to iPhone 5 users.

No. This update only applies to the iPhone 5. If the phone doesn’t update before that date, the GPS feature for the phone will malfunction and prevent the phone from accessing the internet and other services.

iPhone 5 users can still fix their phones if they fail to update in time.

The first recommended updates for owners of:

But there was a separate support article that specifically focused on the iPhone 5.

While Apple recommends updates for the devices in the list above, they also say an update is more pressing for the iPhone 5.

Apple says, “for iPhone 5, an update is required to maintain accurate GPS location and to continue to use functions that rely on correct date and time including App Store, iCloud, email, and web browsing.”

Apple says iPhone 5 users have to complete that update by November 3rd, or their device would be unable to update itself.

That wouldn’t mean that users would lose access to their phones, but it would require them to sync their phone to a computer to update and restore.

If you don’t use an iPhone 5, you’re clearly good to go.

If you own an iPhone 5, you need to update your phone by November 3rd or your method of updating the device will require you to sync your phone to a computer.

If you own one of the other devices listed above, Apple recommends an update, but you shouldn't experience any interruption to your current experience.