VERIFY: Who should get a measles vaccine?

A lot of questions surrounding the measles outbreak. We set out to VERIFY what you need to know. 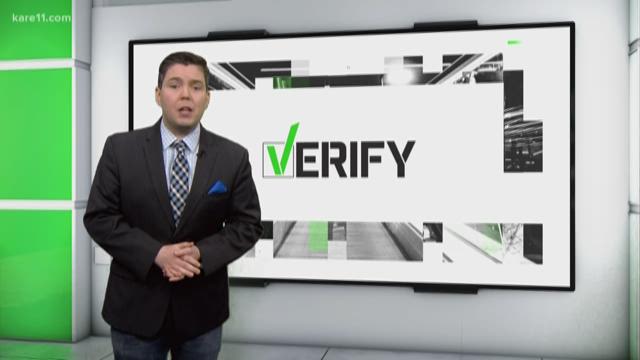 SAINT PAUL, Minn. — The number of measles cases across the country is on the rise.

The CDC says so far this year there have been 764 confirmed cases in 23 states.

That's an increase of 60 cases from last week.

No measles cases are reported in Minnesota or Wisconsin.

Most people who contracted the highly contagious disease were not vaccinated.

What do I need to know to keep my family and myself safe?

To help us answer this question, we reached out to Kris Ehresmann. She's the Director of Infectious Disease at the Minnesota Department of Health.

We asked her a few questions sent in by viewers who wanted to know more about measles:

Any adult that doesn't have documentation of having received a measles vaccine should get vaccinated if they were born after 1957.

1957 is the cutoff because before that measles was widespread in the U.S. and so the assumption is if you were born before '57 you've probably had the measles.

One of our viewers Diane says she got the measles when she was 27, which was in 1979. Does she need another vaccine for the measles or is she safe?

Another viewer, Lauren, asked, should I ask my pediatrician to administer part two of the MMR vaccine to my toddler early?

That is certainly an option. The current recommendation is the first dose is given at 12 to 15 months and then the second dose is usually four to six years of age at the pre-school visit. This is done because it's conveniently around that time a child would get a checkup before going to school. However, the second dose can be given as early as six months after the first dose. So, Lauren can talk with her pediatrician about that.

Our viewer Tom asks, will the zoster vaccine I received a few years ago protect me from this latest outbreak of measles?

No. What the zoster vaccine is protecting Tom from is shingles, and shingles is a reactivation of the chicken pox, which is a viral illness in childhood generally, but is completely different than measles.

If you have any followup questions we didn't get to, Ehresmann says you should reach out to your doctor.