Three veterans are going to the Super Bowl thanks to a local organization dedicated to helping homeless veterans. 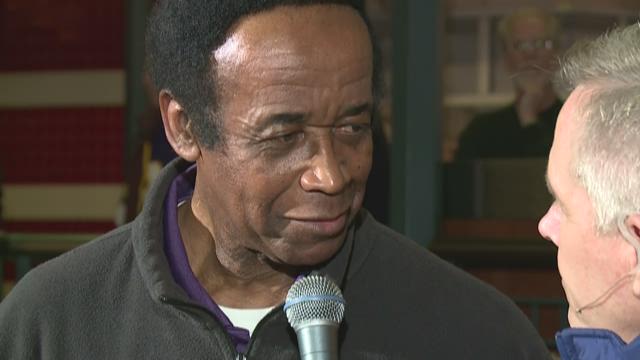 BLOOMINGTON, Minn. -- They gave much of their lives to our country and ended up on the streets after their service. Now, three veterans are getting back on their feet; and a local organization is rewarding their accomplishments and honoring their service by sending them to Super Bowl LII.

Two of the ticket recipients, Peter Miller and Shane Peterson, found out they were going to the Super Bowl live on KARE 11 Sunrise. The tickets were donated by Chris Raih and his brother, Green Bay Packers Assistant Coach David Raih. They worked with the Volunteers of America and Chris Lowe from Amicus Veterans Justice Program to cook up the surprise.

Peter is a 49-year-old Army veteran who reached out to Amicus for assistance and was able to find a suitable home for his new family.

Shane is a disabled Afghan war veteran. Amicus provided Shane with support to help him find a new job.

Mercedes is an "Operation New Dawn" veteran, a current member of the Minnesota National Guard and a single mother. She was not able to attend the live show because she had an interview for a new job.

Chris and David Raih grew up in Edina and graduated from St. Thomas Academy. For the past four years, the brothers have given their VIP Super Bowl tickets to homeless military veterans, in partnership with the VOA-MN/Wi and Amicus.

To donate to veterans in need through Amicus, visit their website here.