The Air Force veteran contacted KARE 11 tired of being plagued by the seemingly daily robocalls. 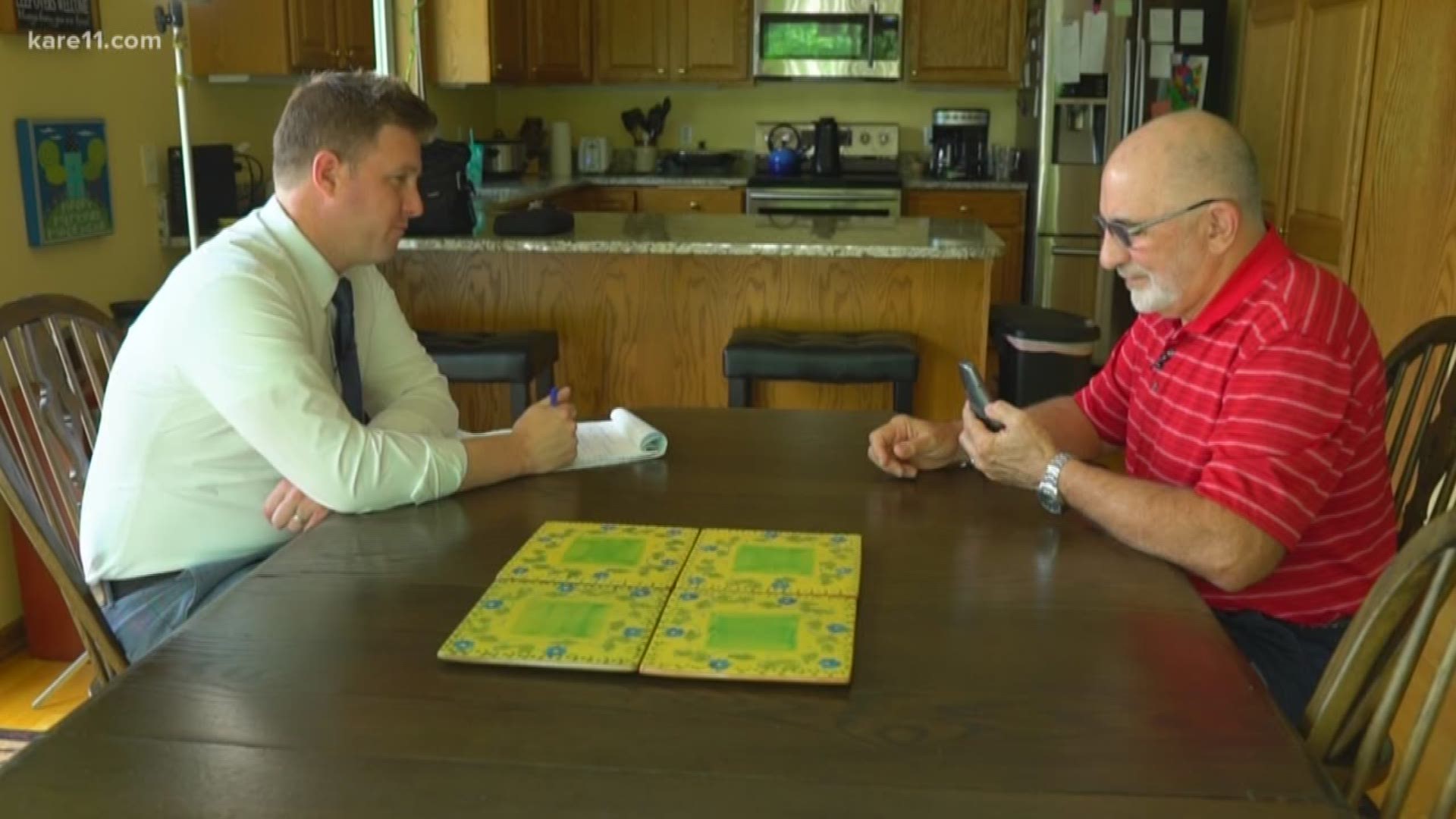 MINNEAPOLIS - “They call a lot,” said John Fantauzzi. “I’ve had two of them in the last two days.”

The Air Force veteran contacted KARE 11 tired of being plagued by the seemingly daily robocalls.

“They claim to be from the VA or something about VA benefits,” he said while picking up his phone to play one of the voicemails left on his answering machine.

“Trying to contact you because your VA profile was flagged for two potential benefits,” the caller states adding the benefits are “time sensitive.”

“I was kind of concerned that this was a phishing or some kind of scam call,” Fantauzzi said. “So, I called the VA and asked them to check and see if there was any issues regarding my benefits, and they told me that there was nothing in my records to indicate any issues with anything.”

The Federal Communications Commission (FCC) reports consumers received more than 18 billion robocalls in 2017 and they are the number one complaint the agency receives.

What really raised red flags for Fantauzzi was the calls show up on his caller ID from a local 612 area code. However, when you try calling that number back, you get an automated message stating “we’re sorry, your call can not be completed as dialed.”

The local number has been faked.

It is what’s known as neighbor spoofing, where the caller ID information is manipulated in ways to make it appear the call was placed locally.

“Neighbor spoofing is used by scammers to get you to pick up your phone and to potentially steal your money or personal information,” FCC Chairman Ajit Pai said in a video posted to the FCC website.

In the past year, the FCC has proposed over $200 million in fines against illegal spoofing by telemarketers, and the commission adopted new rules allowing phone companies to block calls that are likely to be fraudulent.

Under the Truth in Caller ID Act, FCC rules prohibit any person or entity from transmitting misleading or inaccurate caller ID information with the intent to defraud, cause harm, or wrongly obtain anything of value. If no harm is intended or caused, spoofing is not illegal.

There are however stricter rules for telemarketers.

• Display a telephone number you can call during regular business hours to ask to no longer be called. This rule applies even to companies that already have an established business relationship with you.

KARE 11 wanted to know who was calling Fantauzzi from the spoofed phone number. In the voicemail they leave a toll-free number for veterans to call them back.

The first time KARE 11 Investigative Reporter A.J. Lagoe called the line and notified the person that answered they were speaking with a reporter, they hung up.

The second time Lagoe called, a woman who identified herself as Natalie with “Veterans Services” answered.

After being asked several times she stated she was located in Florida and was calling veterans like Fantauzzi to “provide orientation to veterans.” She refused to elaborate on what the orientation was for, stating that was “private information for the veterans.”

When asked who owned Veterans Services, the company she claimed to be working for, she said she didn’t know and they were “probably in Bora Bora somewhere having fun.”

When KARE 11 checked, the Florida Division of Corporations showed no active record of a company by the name ‘Veterans Services.’

The Department of Veterans Affairs sent KARE 11 an email stating “This is not a VA number nor is it affiliated with VA in any way.”

If you think you've been the victim of a spoofing scam, you can file a complaint with the FCC.