A Vikings fan posted to Reddit, encouraging other fans impressed by Morstead's sportsmanship to give to Morstead's foundation. But they weren't expecting his response. 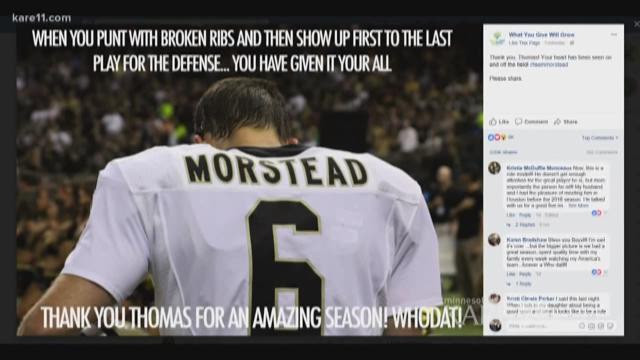 MINNEAPOLIS - An act of sportsmanship in the moment of victory was not lost upon Vikings fans during Sunday’s match-up with the Saints.

Saints punter Thomas Morstead was the first Saints player to come back to the field for the point after touchdown, even though he was in extreme pain from tearing cartilage on his rib cage from an earlier tackle on Vikings return man Marcus Sherels after his first punt of the game.

Thomas Morstead is fighting through the pain pic.twitter.com/brWeFIaJ1r

"I didn’t really think twice about it,” said Morstead. “I don’t feel like I was sitting on some moral high ground or did something exceptional, they needed 11 guys so I went out and that was it.”

Soon, a Vikings fan posted to Reddit, encouraging other fans impressed by Morstead’s sportsmanship to give to Morstead's foundation, What You Give Will Grow. His charity is focused on pediatric cancer and boosting Child Life departments at pediatric hospitals, inspired by Morstead’s close friend who battled cancer.

On Wednesday, Vikings fans gave more than $60,000, but what no fan expected, Morstead would punt donations right back to Minnesota, giving to the Children's Minnesota Child Life division. Of those donations, a $10,000 check came from Love Your Melon, a Minnesota-based organization that gives half of its profits to fight pediatric cancer.

Morstead tweeted that if donations hit $100,000, he'll fly back to Minneapolis to personally deliver the check.

Over $25K now.
I’ll fly up to Minneapolis week of the Super Bowl to personally do a check presentation with @childrensmn if we get to $100K https://t.co/CqTjsmnT4E

.@thomasmorstead We’re inspired by your sportsmanship and want to help you reach your goal.

We’ll see you in Minneapolis! https://t.co/dzMYkFur6Y

“Child Life has immeasurable impacts on these kids and treats the emotional side of what they are having to deal with, hard to explain to a 3-year-old or 6-year-old why they are getting needles put in their bodies every day,” said Morstead.

Child Life programs provide emotional support for children and families, working hard to find creative ways to bring joy to kids in the hospital. To date, the What You Give Will Grow organization has given out well over $2.5 million.

“People in the Child Life department do a great job of helping the kids to remain kids whether they are in the hospital a day, a week, a month, a year, or longer, when they leave hospital they are still kids. One of the things we are trying to do moving forward is collecting metrics so we can show hospitals, there is a return on the investment, there is value in this,” Morstead added.

Joy Johnson-Lind, a social worker, oversees child life at Children's Minnesota as the senior director of Child and Family Services.

“It’s such a heartwarming gesture, if we could get more people like you, the world would be a better place,” Johnson-Lind told Morstead by phone.

Johnson-Lind said every dollar Morstead donates will go to the bedsides of children.

“I think it says a lot about Minnesota Vikings fans that they wanted to support a player and had no idea it was going back to the community they live in. Although it was originated out of this highly competitive sporting event, it puts it back to the impact of kids and families,” Johnson-Lind added.

To Morstead and many Minnesotans, it's another victory when children win.

Morstead said all the donations he received, plus any more donations received through this week, will go straight to Children’s Minnesota. He posted his own message of gratitude to his foundation’s YouTube page.

“Thank you to everybody who donated. I’m blown away by everybody and I’ll give you a 'Who Dat,'” said Morstead.

If you'd like to donate, the organization has set up a special link here. 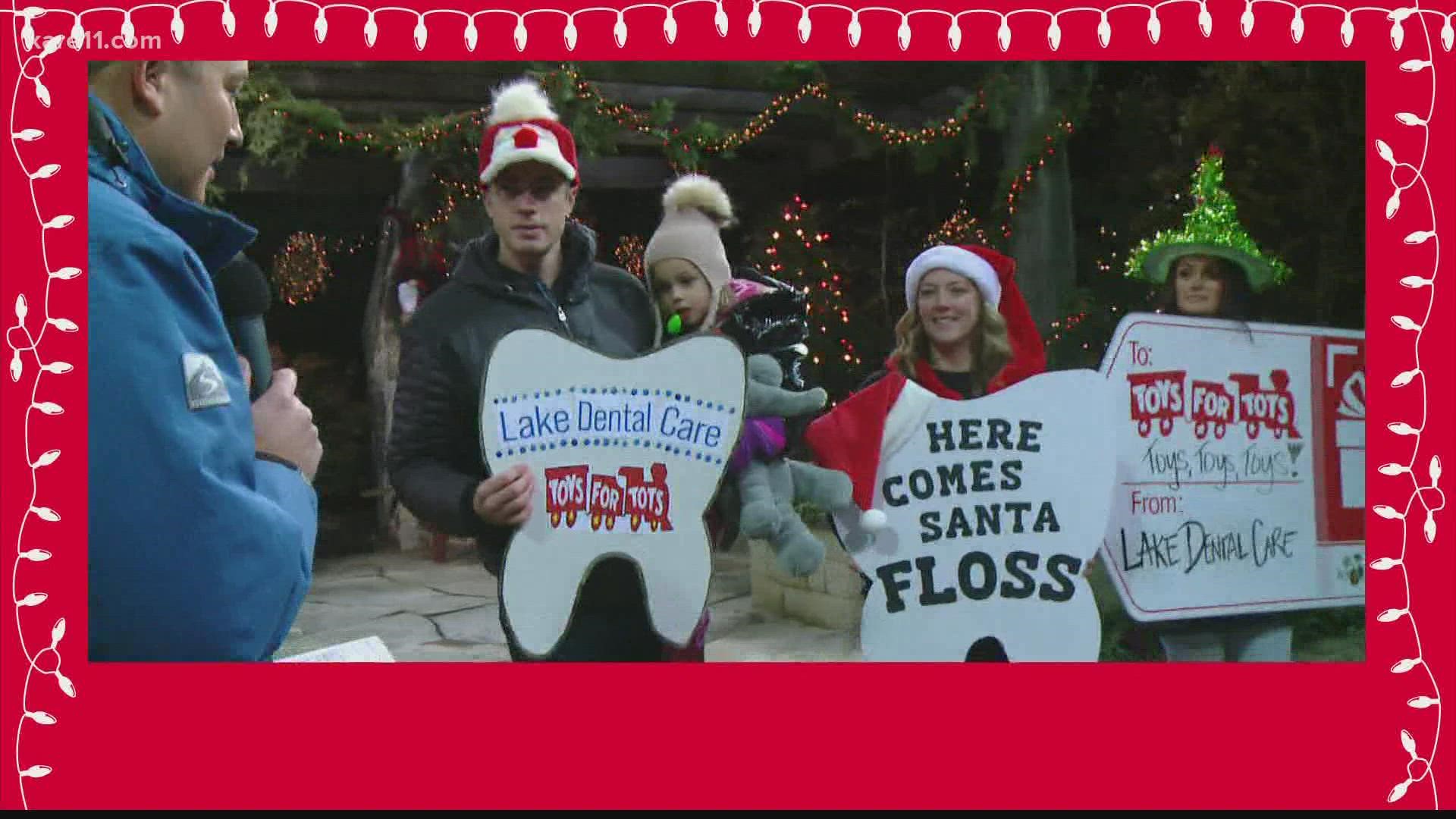