The team has received several complaints from neighbors about the bright lights at the complex. 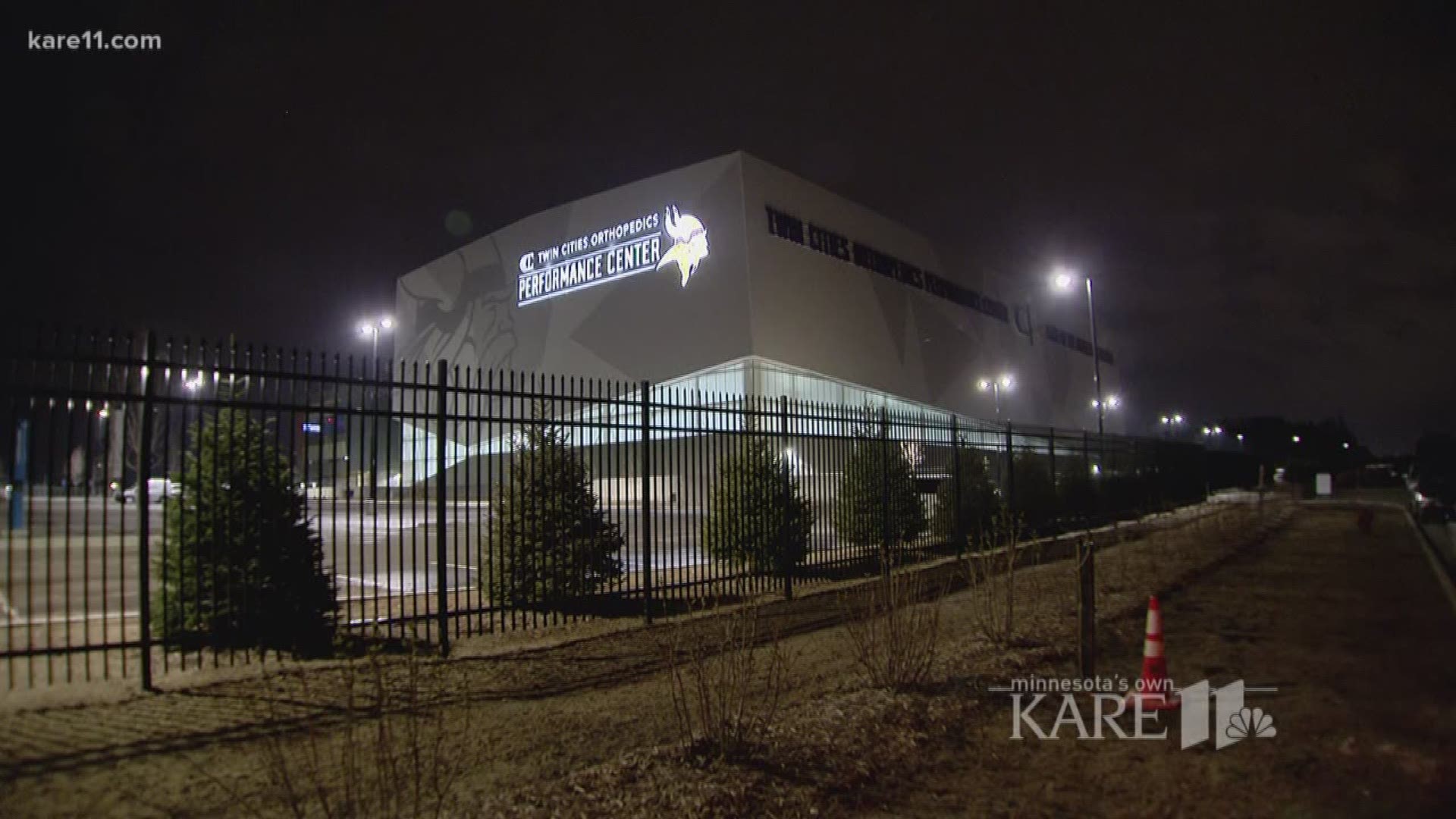 EAGAN, Minn. - The Vikings will soon be flicking the switch to calm down a controversy at their new practice facility in Eagan.

The team has received several complaints from neighbors about the bright lights at the complex, so starting Friday, the lights on the north side of the facility will be turned off from 11 p.m. to 6 a.m.

The new 277,000-square-foot complex includes the team's headquarters, an indoor practice facility and an outdoor stadium. The state-of-the-art facility was built on the site of the former Northwest Airlines campus and opened in March.

City of Eagan spokesman Tom Garrison told KARE last month when the controversy starting brewing that the training facility was put through the proper approval steps and that the lighting does in fact meet city code in terms of light output. He said the city went back and checked the ordinance multiple times just to be sure.

Garrison also shared that the complaints were not coming from Eagan residents, but from a townhome complex on the Mendota Heights side of 494.