Crews say the amount of trash left over from the big party has been improving over the years. 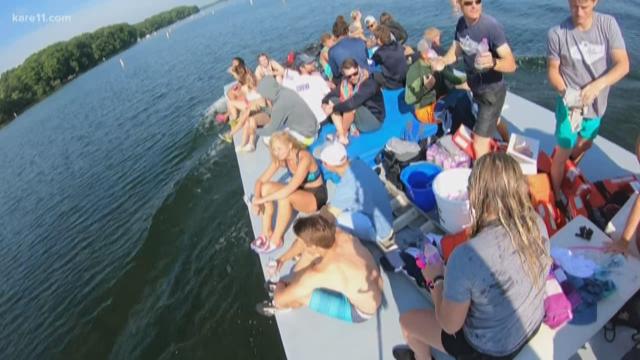 It was another big party at Big Island on Lake Minnetonka as thousands tied their boats together this past 4th of July.

However once again, the party left behind plenty of trash.

Monday on Lake Minnetonka, Gabriel Jabbour once again led a crew to pick up trash along the island.

"Got to keep it the way it should be," said Jabbour.

They found bottles, cups, cans, inflatables, and clothes left over from the party.

"All we want them to do is clean up after," said Eric Evenson with the Lake Minnetonka Association.

The good news, however, is that crews are seeing less and less trash each and every year.

"Extremely important to keep it that way," said Jabbour. "My message is to leave no trace behind."

Even the Hennepin County Sheriff's Office is noticing an improvement.

"I think that's what they're trying to do," said Sgt. Adam Hernke. "Just people being friendlier to the environment."

Gabriel said he will continue cleaning up along the lake to protect that important piece of our home.