A legal dispute over Minnesota voting records will head to higher court, after a Ramsey County judge agreed to stay her own order. 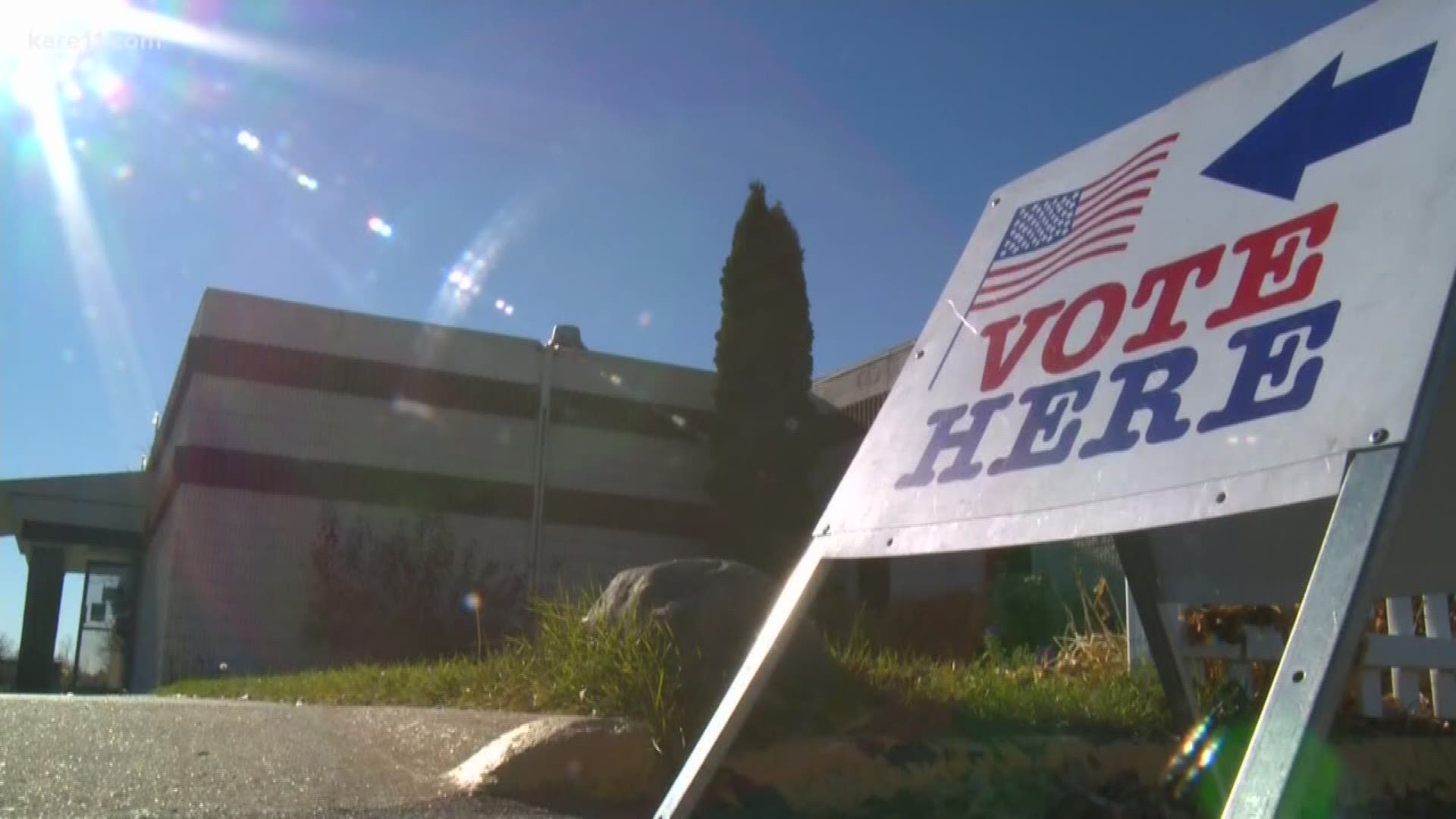 Ramsey County District Judge Jennifer Frisch, who previously ordered Secretary of State Steve Simon to turn over the voter records to a nonprofit political group, agreed to stay her own ruling to give Simon a chance to appeal it.

The Minnesota Voters Alliance asked for the voting records, in hopes of proving a theory that thousands of ineligible voters register on Election Day and then vote before their identity and eligibility is verified. If their eligibility is challenged after the fact, their vote has already counted.

The group wants list of active voters and inactive voters, and records of whether they were challenged as ineligible and had to take extra steps in order to vote.

"That should be a really easy way for the Minnesota Voters Alliance to audit whether the Secretary of State’s Office is preventing ineligible people from voting," Erick Kaardal, the attorney for the group, told KARE.

"If someone fills out a certificate that says I’m eligible to vote, and they may be unwittingly voting while ineligible. But it’s the same damage to our voting, to our election outcomes."

The Voters Alliance plans to mine the data, in hopes of building a case for a provisional balloting system in Minnesota. That system would allow those who register to vote on Election Day to cast a ballot, but those ballots won't be counted until elections officials can verify their eligibility.

In the 2016 election, 355,000 voters registered on Election Day. Some were first-time voters, while others had to reactivate their registration because they had moved or haven't voted in more than four years.

David Schultz, a Hamline University professor and campaign law expert, said that in states with provisional balloting voters sometimes don't return with the required information they need to make their votes count. That can be due to transportation access, or the inability to get time off their jobs to find and produce the added documentation required.

And, Schultz noted, they may also feel it's not worth the return trip because the winners have already been decided and announced.

Secretary of State Simon said he plans to appeal the judge's order for a variety of reasons.

"Releasing this data would enable suppression of eligible voters. Making Minnesotans' private information available to anybody who wants it to further their own political agenda sets a dangerous and unacceptable precedent," said Simon's campaign spokesperson Robert Haider.

"Just as he did when he refused to hand over voters' private information to President Trump's failed Election Integrity Commission, Steve Simon will continue the fight to protect the privacy of all Minnesota voters."

The Office of Legislative Auditor reviewed the issue last spring, and issued a report to lawmakers that recommends county elections directors produce a list of people who register on Election Day and are later had their eligibility challenged.

Being challenged doesn't necessarily mean a voter wasn't eligible, the report noted. Those who are challenged must sign an oath, under penalty of law, swearing they are eligible.

The Legislative Auditor found that roughly 26,000 voters, out of 2.9 million who took part in the 2016 General Election, had their eligibility challenged. Of those, 403 signed oaths before Election Day, while the others signed oaths at the polling place the day of the election.

Voters can be ineligible for several reasons, but the most common reason is for being a felony offender who hasn't finished probation yet. Voters are also ineligible if they are noncitizens or are wards of the court and have lost decisional capacity.

The Voters Alliance is the same group supported the proposed Voter Photo ID amendment that Minnesotans defeated at the polls in 2012. The organization recently won a US Supreme Court case that struck down Minnesota's polling place apparel rules as being vague and overly broad.

The next step in the process would normally be the Minnesota Court of Appeals, but the plaintiffs can ask for expedited review by the Minnesota Supreme Court.

Kaardal told Judge Frisch that the organization wants to analyze the data and release conclusions before the November election, because Secretary of State Simon is running for re-election and has rejected the notion that there's widespread voter fraud.