When Make-A-Wish gifted Quinn Larson with $5,000, he and his family chose to donate the money to the city of Waconia to help fund an inclusive playground. 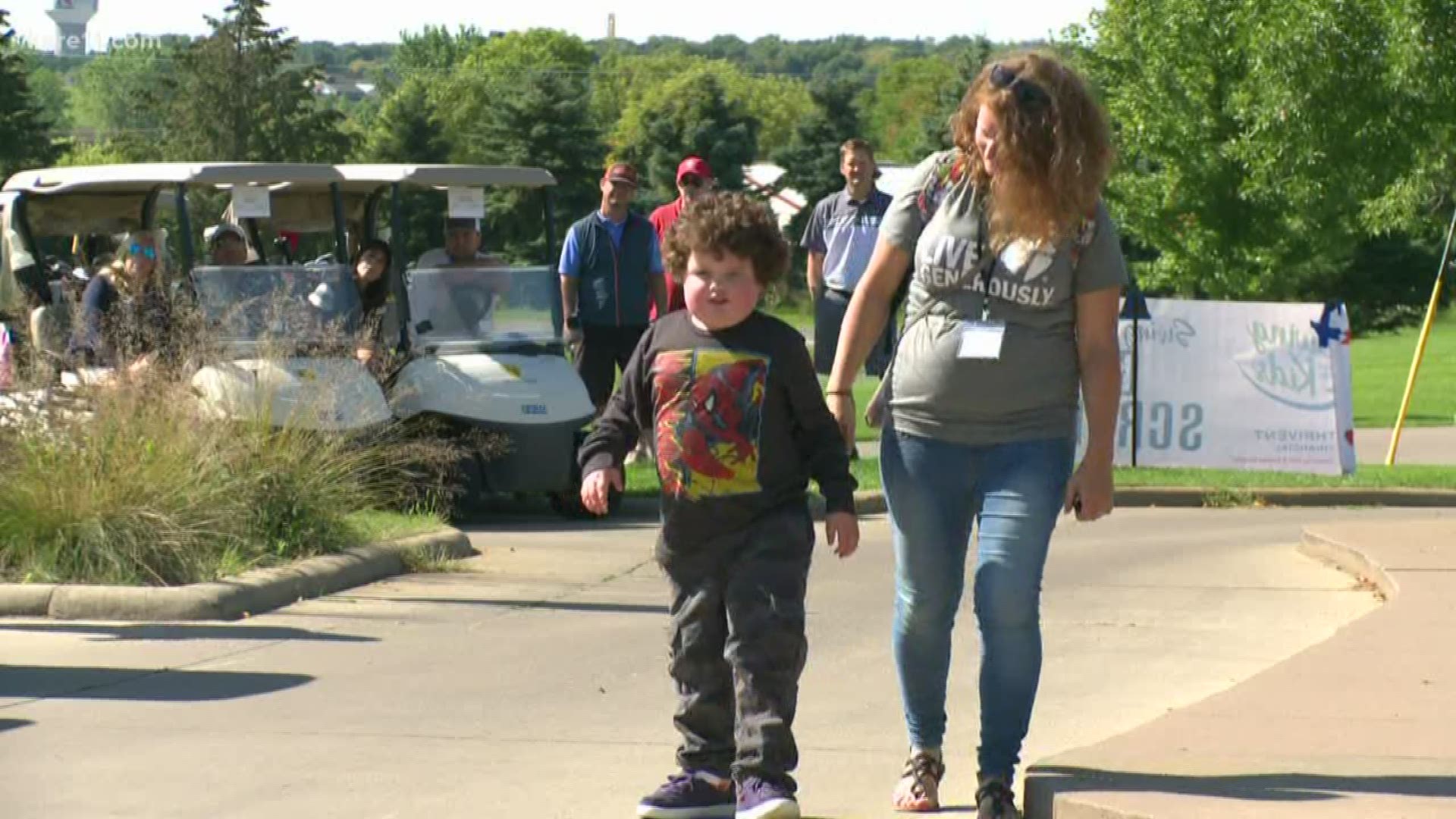 WACONIA, Minnesota — As more than 100 golfers drove by in their golf carts for a charity event, 10-year-old Quinn Larson waved to each of them.

On Monday, golfers gathered at Island View Golf Club in Waconia to help raise money for an inclusive playground in their community. The idea started with Quinn and his family.

In 2014 just before Quinn turned five years old, he fell from a two-story window.

"He had a traumatic brain injury and then six months after that he ended up with meningitis. He lost pretty much all of his functions," Larson recalled.

Quinn began to gain some of those functions back, including his ability to walk but playgrounds have always been a challenge.

So when Make-A-Wish gifted Quinn with $5,000 in 2017, he and his family chose to donate the money to the city of Waconia to help fund an inclusive playground.

The playground is expected to replace the old one at Waterford Park in 2023—unless they can raise the money sooner.

Credit: Amy Larson
Quinn Larson hands over a check for $5,000 to the city of Waconia.

"It'll be a great place for him to play, for his sisters to play... it's going to have something for everybody," Larson said.

Event coordinator Katie Van Vooren said through the event, they hope to get close to matching the funds that have already been raised.

Credit: Amy Larson
The inclusive playground is expected to replace the old one at Waterford Park in 2023—unless they can raise the money sooner.

They had more than 100 golfers at the first event and expect more than 180 at Monday night's concert.

"I've always felt like Waconia is a special community and then when we took this on we had big hopes. We didn't know what would happen. But when searching just to get 18 hole sponsors, we ended with 50," Van Vooren said.

As golfers prepared to play, Quinn shook their hands and then waved each of them goodbye.

Quinn's mom added, "He loves just being with everybody and playing."

If you would like to help, you can find the GoFundMe page here.