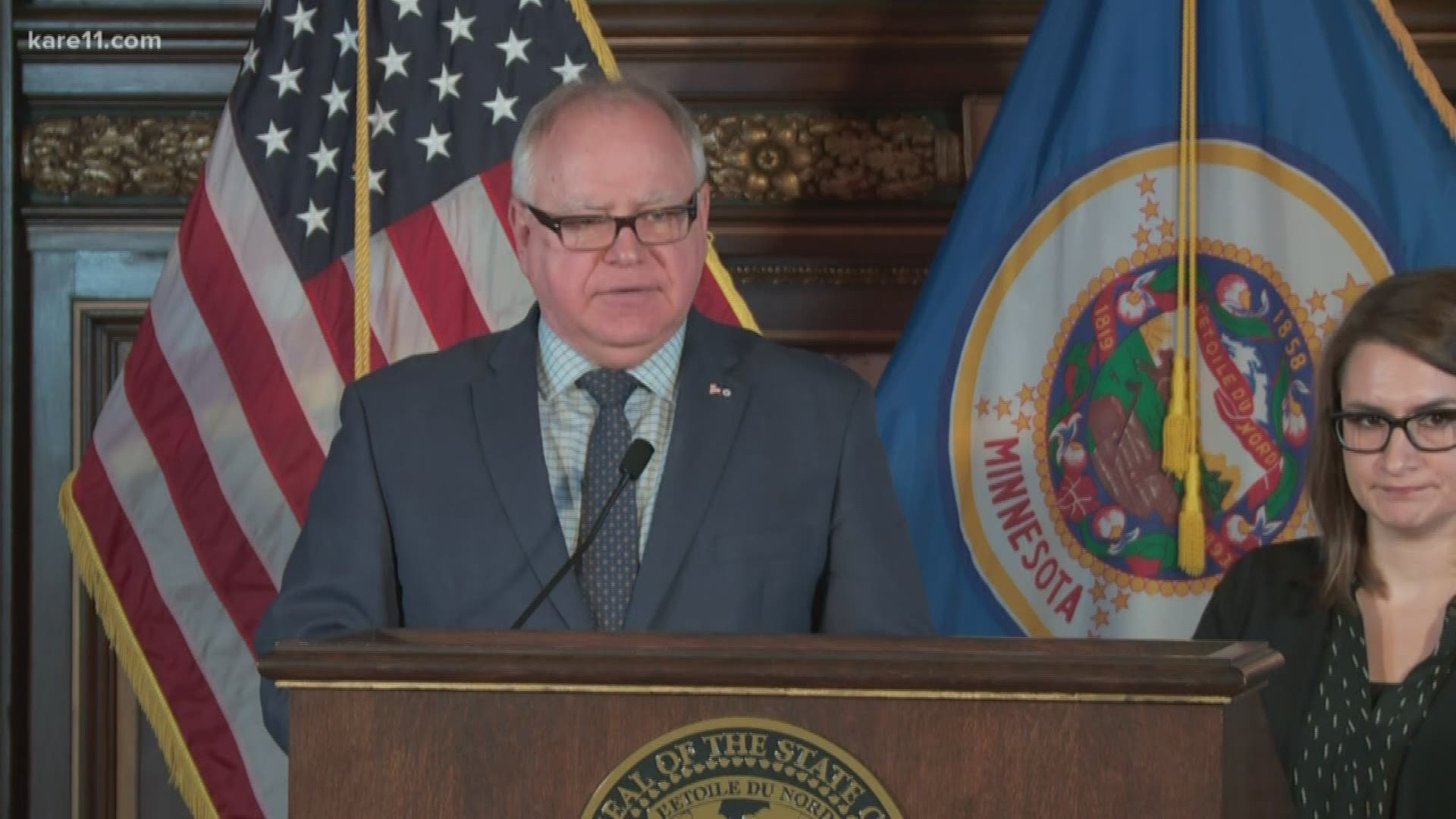 ST PAUL, Minn — Gov. Tim Walz said Tuesday that he supports a bill moving through the state legislature that would test nearly all rape kits in Minnesota.

That bill, prompted by KARE 11 reporting, would require about $7.2 million to fund, which Walz said he will include in his budget.

“Yes, yes, yes – you can expect to see that,” Walz said responding to questions from KARE 11.

Walz also responded to a KARE 11 story from Monday, finding that less than half of reported sex assaults in Minnesota result in a tested rape kit.

Since last summer KARE 11 has been reporting on Minnesota’s failure to properly test rape kits, finding that potentially thousands of cases were never fully tested, kits were destroyed without testing, and victims are often left in the dark as to the status of their kits.

Last week, Reps. Marion O’Neill and Kelly Moller introduced a bipartisan bill in the Minnesota House that would address many of those problems, including requiring all kits in cases reported to police be tested. Current law allows police to not test a kit if it deems the results “would not add evidentiary value to a case.”

But even those kits could have value. Any suspect DNA found when a kit is tested can be entered into a federal database meant to track serial offenders.

The bill would also fund the creation of a database that would be easily searchable by the survivor to see the status of the testing.

The House bill now has nearly 30 sponsors. A companion bill in the Senate also has bipartisan support.

The bill solves another problem identified by KARE 11. Police across the state have destroyed hundreds of tested kits, likely setting in motion a statute of limitations on when charges can be brought – anywhere from three to nine years. If passed, law enforcement agencies would be required to keep kits “indefinitely.”

Kits in cases not reported to police would be kept by the BCA for up to 30 months.

“I think you’ll see … the resources necessary to make sure that those kits are treated the way they should be and we get the convictions that we owe to the victims,” Walz said.