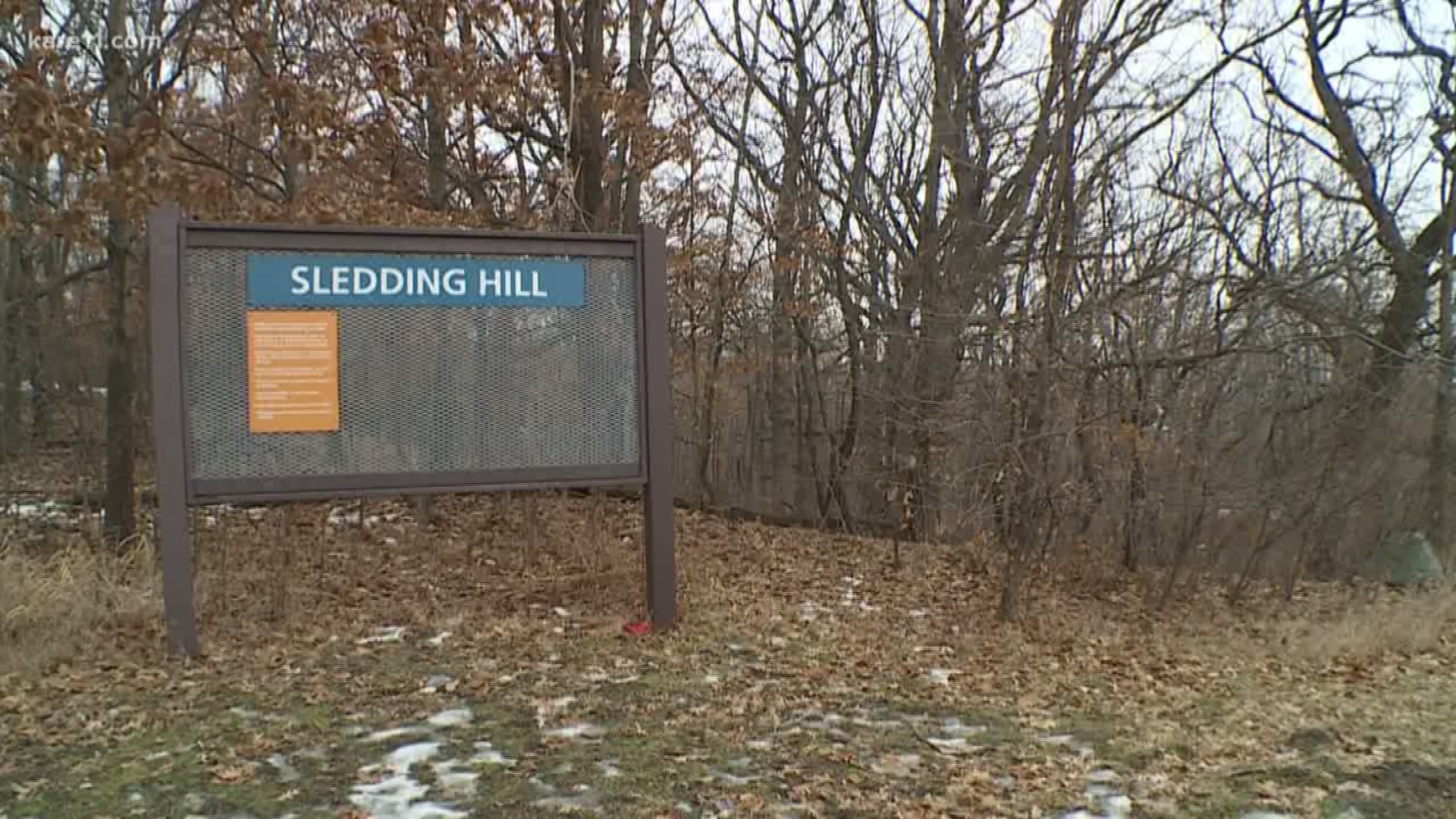 Winter hasn't officially started but many people have enjoyed skiing, snow-shoeing and skating when temperatures were a lot lower last month.

Now with temperatures lingering in the high 30's, many of those activities came to a halt.

By the look and feel of it, September is back.

"Mother nature is not cooperating this winter," Tom Knisely with the Three Rivers Park District said, pointing at the muddy sledding hill at French Regional Park in Plymouth.

The hill looks promising--like it really is one that brings excitement when it is covered in snow.

"In a typical snowy year, the sledding hill is just jam-packed with kids especially if we get a nice, sunny, weekend day," Knisely said. Currently, the hill is muddy in some parts, grassy in others.

Knisely also pointed out that all the snow-shoeing equipment and cross-country skiing equipment have been sitting inside the visitor's center.

"When mother nature blesses us with a dumping of snow, we'll get it groomed and ready to go but until then, we're waiting," he said.

Across town in Excelsior, Ice Castles, in its first year at near the Excelsior bay, is also going through a soupy experience. The ice pillars are there, but not fully formed to its maximum height.

"At night when it gets cold, we can run water and maintain what we have but as far as getting it taller, we can't do much about that," he added.

Bauman said he isn't worried just yet. Just like the crews over at the Three Rivers Park District, he said his crew knows to adapt and overcome.

"There's only so much you can do," he said. "Gotta let mother nature do the rest."

This week, warm and wet seems to be the theme. However, it may be autumn's final reminder to stay warm at heart through the upcoming winter.

Three Rivers Park District, along with several other parks in the Twin Cities area have specific winter-recreation parks that feature manufactured snow. You can find those places to go tubing, skiing, skating and snow-shoeing even during warm-ups.