While it made taking care of warrants convenient, the bigger draw was likely the event's promise: People who arrived to deal with their warrant wouldn't be arrested. 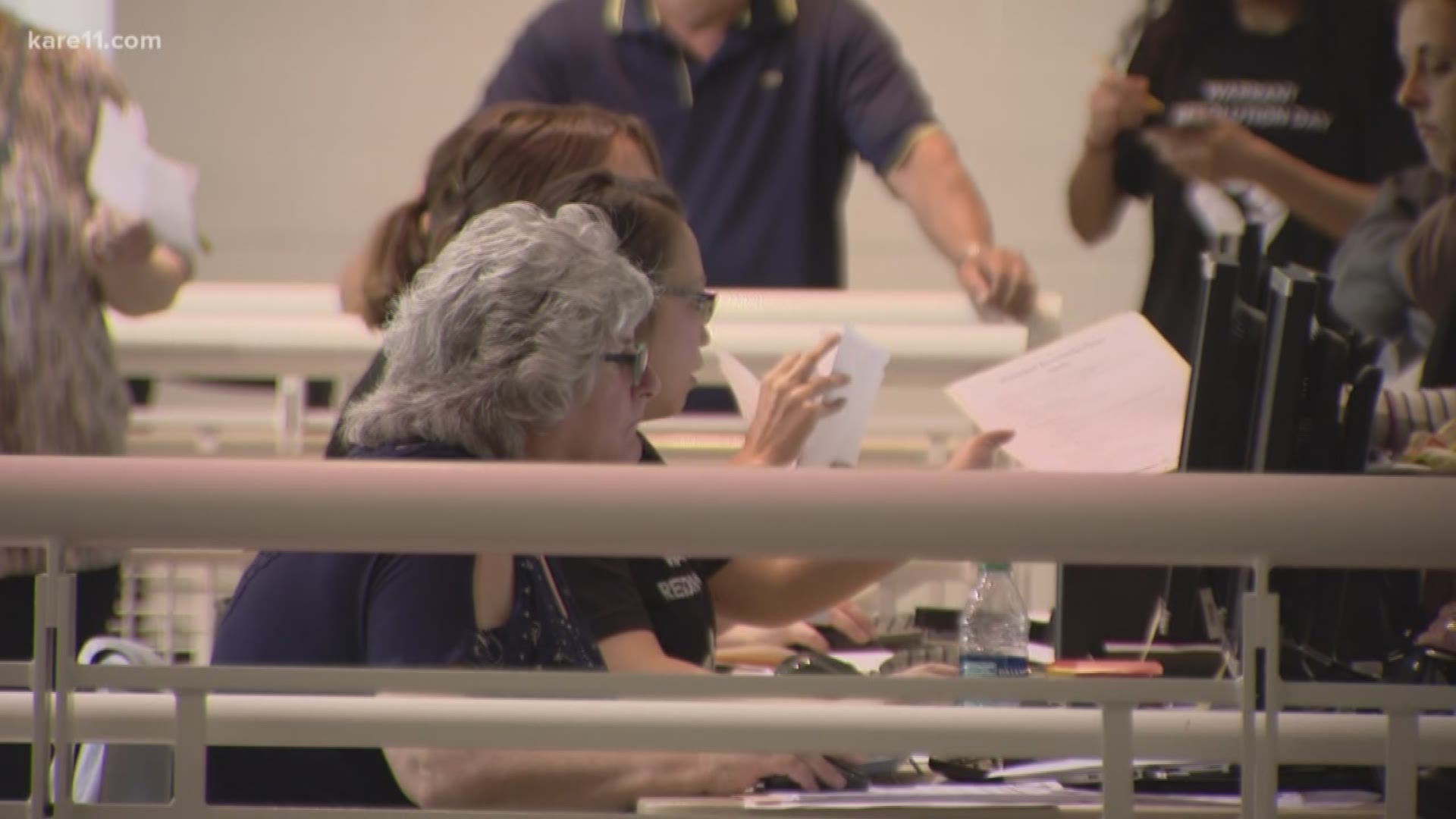 Class wasn't in session, but in some cases - court was.

The event, called Warrant Resolution Day, created a one-stop shop for people to resolve their misdemeanor and gross misdemeanor warrants.

"People who have warrants will come in and see a judge," said Hon. Nicole Starr, a Ramsey County judge involved in the event, "We can take care of their warrants. Sometimes, we're even able to have actual court sessions."

While it made taking care of warrants convenient, the bigger draw was likely the event's promise: People who arrived to deal with their warrant wouldn't be arrested.

"Today we're saying, we're not taking you into custody," said Lyndsey Olson, St. Paul's City Attorney, "What we're here to do is resolve your underlying offense."

That, for many people, is a big deal.

Hennepin, Ramsey, Dakota and Washington Counties, along with the St. Paul City Attorney's Office, and the Minnesota Judicial Branch co-sponsored the event, along with the ACLU of Minnesota, NAACP Minneapolis, and Pueblos de Lucha y Esperanza.

People still have to deal with the consequences of whatever prompted the misdemeanor, but with tables set up to help with everything from legal help to finances, the focus of the event was on moving forward.

"[It's] a different feeling than walking into a courtroom," Darris said, "You're not a number here. You're a person and you matter to us."

Just ask James Beadue. He didn't have a warrant, but had outstanding traffic tickets and a revoked license, which was keeping him from clinching a job offer.

Saturday he dealt with the tickets and learned he's on track to get his license back. He texted his soon-to-be boss and learned the good news.

"I start on the 7th now," he said, "That was the only thing holding me back. I just feel amazing."